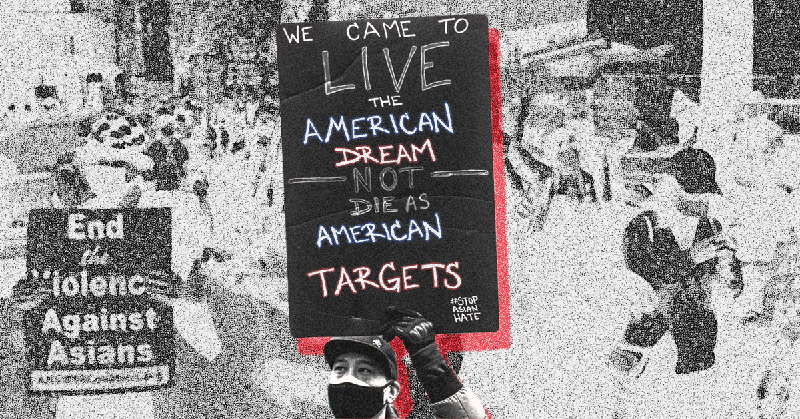 Being an Asian in America: Has It Really Changed Over the Years?

We talk about being an Asian in America. From 19th century yellowface performances to whitewashed characters in 2017, the battle of Asian portrayal in America is a revolving door of dissatisfaction

Driven by Hollywood’s stereotypes and social exclusion, Asian representatives in film and television started with confined walls for both genders. Females were typically “exotic” sexualized characters, while males were martial artists or the “nerdy best friend.”

I know what you’re thinking—with award-winning media such as Parasite and Squid Game, haven’t we progressed? Yes, we have. But to understand the aggression behind today’s surge of anti-Asian hate crimes and misinterpretations, we must go back to its roots.

Now more than ever, the safety of the Asian community in America has been compromised. In fact, the amount of attacks against Asian women has doubled over the past two years. The recent cold murders and sexual assaults have been occurring without underlining the hyper-sexualization and degradation of Asian women throughout American history and media.

According to family members of the victims of the infamous spa shooting in Atlanta, Georgia last year, they believe America has not changed. Shooter Robert Aaron told the cops he was distraught due to sex addiction, confirming that East Asian women are typecast as temptations and easy targets. Not long before the shooting, Michelle Go was pushed onto subway tracks, while Christina Lee got stabbed in her apartment in Chinatown, New York.

Although the current threats against the Asian community are related to COVID-19, the discrimination did not start with the pandemic. This has been going on long before Trump referred to the disease as the “Chinese Virus” on Twitter.

Oddly enough, Asians have been used as the middle ground for the white and Black communities in the 1980s, which birthed the “model minority” stereotype. We are known for working hard and keeping our heads down. We stay quiet and never disturb the white man in charge.

The model minority myth consists of tiger moms and traditional dads that raise prodigies through hard work from the ground up. They stay in their lane and follow the rules. They contribute to the economy but do not break free from the status quo. They’re also known as the “perfect immigrant.”

Behind the scenes of the American Dream is the harsh reality that the model minority stamp of approval was a political strategy to blame the Black community for their failures to escape poverty. The success of the term’s reputation has been taken as a compliment by older generations. However, it denies deeply rooted systematic racism, especially towards the personal and professional lives of Asian women discriminated against based on gender and race.

My Experience with Racial Ignorance

Growing up, hearing and reading about racism in America seemed like a common issue, unfortunately. So, at the age of 20, still bright-eyed and bushy-tailed, I was prepared to face criticism, but gave the usual benefit of the doubt. I flew from Hong Kong to Georgia where I was confronted by “minor” yet unsettling racial comments from students that I have never even heard of in the Philippines. I wouldn’t say it was culture shock because I adapted just fine. But to them, I was a walking alien who surprisingly spoke “good” English.

RELATED: The Pros and Cons of Studying Abroad

I still remember giggling with friends about the American students that would spend a quarter on the Hong Kong campus and would return to Georgia boasting about how cultured they were. When in reality, they spent most of their time walking to McDonald’s and buying Doritos at the grocery store because they refused to eat the local food (no joke, these kids lived off of McNuggets and Coca-Cola for three months).

For a while, I began to question why Asia to Americans only comprised of Japan, Vietnam, China and Korea. Then it dawned on me that it was because that was what they saw in the media. After observing my American peers, I’ve realized that the reason why there is such a gap is that their depiction of Asian culture is solely derived from the news and film (which we know isn’t an accurate depiction). They recognize these Asian countries for their K-Pop stars, cuisines, movies and trends that go viral on the internet. Anything outside of these genres is unknown territory.

Another factor for their cultural ignorance is that majority of the American population do not own passports. Upon conversing with other students, I learned that they’ve only traveled across their own continent. Traveling globally is unheard of unless it’s for work or school. Only 40% of Americans have valid passports for international travel. The reason? Skepticism and fear seem to be the usual answer. Getting lost in a foreign country where you don’t speak the language is just too much to bear.

Despite my long rant about their unconscious lack of knowledge of Asian culture, I don’t necessarily blame them for their ignorance since there are a lot of factors in play. Ultimately, they would rather travel across states than fly out into the big, scary world that they don’t understand. When born into American nationalism, it’s automatically the best country in the world. But the problem is that they fail to recognize the value of diversity and collaboration. There always seems to be a racial hierarchy backed by vigorous patriotism and ego.

So, the question remains, has it changed over the years? Yes and no. It seems like these baby steps are always going to take one step forward and two steps back.

RELATED: #StopAsianHate: What’s Happening In Asian-American Communities and How They’re Fighting Back