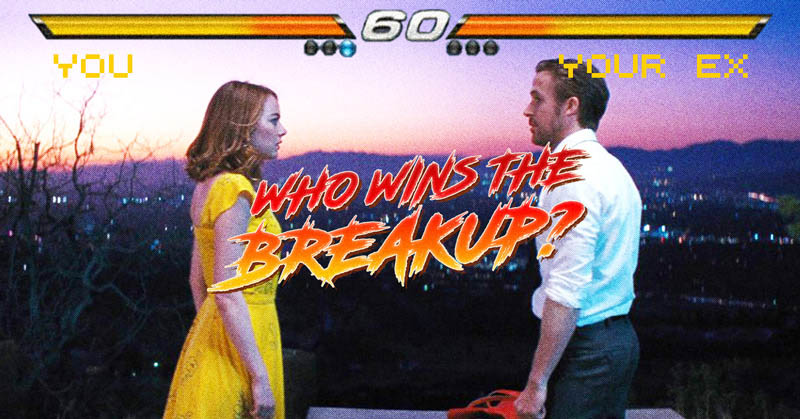 Can you really win a breakup? Ahead, we debunk some breakup myths

The hit sitcom How I Met Your Mother identifies the winning half of a breakup as the party that moves on faster. If you’ve populated your Instagram feed with attractive strangers, established a handful of situationships and opted for a glow-up instead of grief, congratulations! You’ve won—or have you?

“Winning” a breakup isn’t an unfamiliar concept. But is it an empathetic or particularly rewarding one? Does it deserve to remain in practice? We asked breakup survivors what they think.

RELATED: The 3-Month Rule & Who Really Wins The Moving On Competition Between Exes

The truth about toxic winning strategies

What do Instagram Stories, subtweets, side-taking and keeping score have in common? Each of these supposedly winning strategies is performative and superficial.

According to licensed psychologist and author of How to Fix a Broken Heart, Guy Winch, Ph.D., love is a form of addiction. When one “withdraws” from a particular substance (their former partner), they act out of character, aggressively pursuing rebounds, uploading believable facades to social media and calling up former flings.

While the temptation to bawl over a box of their keepsakes, get bangs and hold onto your anger is frustratingly real, breakups demand more conscientious efforts to heal. The act of “winning” a breakup takes a short-sighted approach to recovery, in which you enable self-destructive habits and neglect self-care.

Winning a breakup—the good, the bad, the ugly

Post-breakup emotional stress can mirror the symptoms of seasonal or clinical depression. You might experience severe weight fluctuations, trouble sleeping, extreme fatigue, loss of pleasure or feelings of helplessness. Thus, the desire to “win” becomes exacerbated.

Because of how we’ve adapted to the “traditional” concept of winning a breakup, can we still reclaim the principle? That depends.

According to 29-year-old writer Sarah, “My definition of winning is very different from how it used to be. I used to think that winning was moving on first and finding better-looking hookups or a hotter, more accomplished partner. But now I think the real definition of ‘winning’ is a personal endeavor…It’s how you accept the breakup, have peace and move on.”

So, how do you win a breakup?

In reality, diving headfirst into a new relationship fresh off a breakup is merely an opportunity to avoid pain. Without the distraction of a partnership, you become subject to loneliness and vulnerability, the supposed “enemies” of your former relationship’s expiration date.

Perhaps the real victory is learning to face these uncomfortable truths—who you are and what matters without a significant other. Adding to the pot, Sarah says, “Needing to win is a sign of insecurity and can lead to a longer healing process rather than…moving on with dignity and grace.”

So, how do you move on without the temptations of maladaptive coping? First, acknowledge the potential hardships of recovery. You’ll feel longing. You’ll be tempted to gossip. You’ll dissect insecurities. You’ll wonder where you went wrong. After all, as per the heartbreak syndrome, the grief after a breakup can be akin to that of a physical death.

However, there are stages of grief for a reason—one day, you’ll need to move on to the next one, and you need not do it alone. Part of self-sufficiency after a breakup is admitting when you need help. Lean on your network of friends. Should the situation call for it, consider your options for professional help.

More importantly, do the things you love—including having a much-needed glow-up. Adopt simple self-care habits, such as a revamped skincare regimen or gentle exercise.

RELATED: New Year, New Skin: Skincare Habits to Leave Behind and Incorporate Into Your Routine

Finally, forgive yourself. People are imperfect, and there often exists the urge to self-criticize. Consider how you may have contributed to your unhealthy system, but don’t stay stuck on blame. Self-reflection can go a long way, from eliminating unwanted habits to attracting healthier and more positive future relationships.

Being rejected can significantly impact one’s sense of value and self-importance. Thus, the desperate inclination to “win” a breakup is constant. Unfortunately, real life is more than a stone’s throw from your ideal rom-com—closure isn’t always guaranteed.

No one gets over a breakup at the same rate, and how long you take isn’t a reasonable measure of worth. Grief is not a competition, and the real win is realizing it.