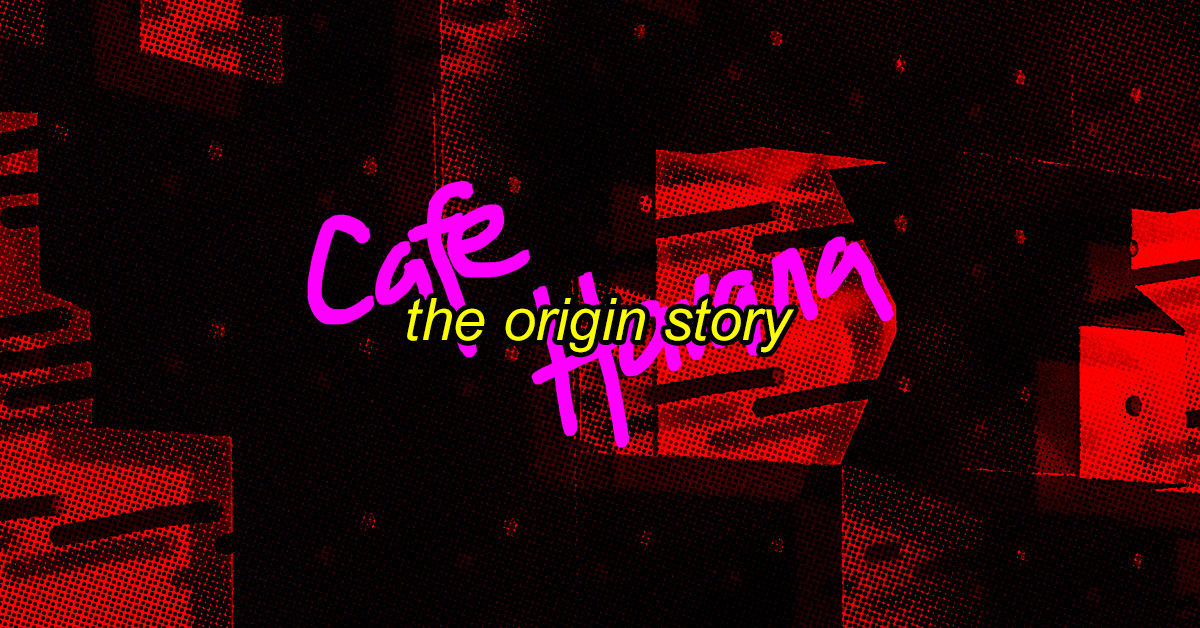 Café Havana Nights and the Elephant in the Room

I can’t pinpoint the moment I first learned about Café Havana, but I do recall all others following the revelation. It included acquiring a particular habit: of keeping a reasonable distance from the al fresco area and averting eye contact with those seated there (if not to steal a couple of glances to only confirm what I already knew).

For those who aren’t caught up, here’s the open secret: Café Havana is the mecca for picking up women in upscale Makati. Amid the ever-changing landscape of nightlife in this city, it remains as such to this day. And its notoriety as a part of Makati’s “meat market” continues to clobber its reputation for good––albeit pricey––food and drinks.

For as long as I can remember, I bought into this stigma. It was the reason I knew to walk past the Latino-Cubano resto bar always at a steady pace and knew better than to linger in the area. Then, of course, there was the heightened sense of paranoia: I admittedly didn’t care for a closer inspection to get what I needed to know about the place. I chose hearsay, cautionary tales and plain ol’ being judgmental.

“I know someone who went there once and he said…”

“Go anywhere near there and you’ll be misconstrued for a woman of the night.”

As someone on the outside looking in, I was hard-pressed to learn more. I was eager to be proven wrong, more excited to debunk things rather than have them validated.

What was it about this bustling pocket of Makati nightlife that seems to be caught in a time warp? Did perception equal reality when it came to Greenbelt After Dark™ and the culture that came with it? Are my views on spaces like Café Havana actually outdated? These were questions answerable only by—deep breath—an evening spent there.

RELATED: A Look At PUA Academy, The Facebook Group Teaching Guys How To Pick Up Girls

¡Vamos a Comer y Bailar! (And Then Some)

The refusal to go alone was one major hurdle. For safety reasons and, again, paranoia. But as my companion and I walked toward Café Havana late in the afternoon, jitters were instantaneously lifted: In broad daylight, the restaurant was as laidback as ever, wholesome and, for the lack of a better description, looked completely harmless. The restaurant’s tagline, “¡vamos a comer y bailar! [let’s eat and dance!]” was plastered on its windows and suggested nice, clean fun just in case one needed a reminder.

Inside, baristas were getting a head start on tending bar. They were chipper, sported fun tropical polos and were more than delighted to chat for a while. Accommodating female servers (with amusing American accents they turned on and off on command) wore the same festive frocks save for the wrap-around skirt and a Panama hat that set them apart from others working there.

We had walked in on the staff enjoying a bit of downtime, which, we gathered, was the calm before the storm. “Friday [the day of our visit] is our busiest night followed by Saturday,” shares one server, who walked us through the menu like a proper host would. The Caribbean Style Salmon with Mango Salsa and Spare Ribs Habañero came highly recommended and naturally went well with their bestselling signature margarita. My friend and I opted for coffee instead and set out to do what any Café Havana regular would do: enjoy a little people watching outside. As soon as we walked straight back out to the al fresco area, still in broad daylight, we overheard this: “Then on the same night, I found me another girl here…” Two foreign men in their late 40’s were discussing their conquests a short distance away from a couple having merienda with their children. Just like that, and not even 30 minutes in, the seedy, shady Café Havana I knew of was back.

When restaurateur Larry J. Cruz (the same man behind Filipino favorites Abe and Lorenzo’s Way) decided to pay homage to Cuba, he intended to replicate the success of his flagship restaurant, Café Adriatico. In the same zone Adriatico stood, surrounding Remedios Circle in Malate, the first Café Havana was born, and Cruz was very successful in his endeavor. In the ‘90s, Havana was the destination for music lovers, artists and tourists alike. Like Adriatico, Havana met some spectacular highs (it really was, at some point, about the great food, booze and music) before coming face-to-face with the lows: the subtle takeover of Manila’s hustlers and hookers who saw an opportunity and took it. The establishments here never fully recovered from it.

For Café Havana, the opening of the Greenbelt branch in the early 2000’s was a chance at a fresh start. But its reputation preceded it and was unable to disassociate itself from a certain crowd, a certain look and certain activity. The stereotypes it wanted to distance itself from followed; the Greenbelt chapter of the expat-meeting-place-cum-pick-up-haven only picked up where Malate left off.

Silver lining: there was no denying that business was good. Café Havana along with the LJC Restaurant Group, in fact, recently celebrated the restaurant’s 16th year in the biz this September. With its expensive food and drinks (P95 for a bottle of water is telling), space filled to capacity on most nights and steady stream of regulars, in the grand scheme of things, the public image issue became a problem for another day.

An Elaborate Dance on Full Display…and It Isn’t Salsa

As a fly on the wall for the day, which was moments away from turning into night now, I buckled down to soak in the experience. As early as 6PM, there it was: a dance so elaborate, so well-orchestrated, I felt as though all that was missing was a Discovery Channel narrator.

I was about to witness the pick-up ritual.

I had in my sights two petite Filipinas, who sat two tables away from one another but occupied the same side, speed dating style. Interesting logistics, I thought, for two ladies who came over together and were locked in conversation. They resorted to projecting their voices with the empty table between them and took breaks from the conversation to scroll through their phones. They were obviously killing time, but would not order anything for about a half hour. Then, all at once, it was go time: the two ladies propped their handbags on their respective tables, began applying makeup and ordered one watermelon shake each. It was almost ceremonial: not only for the girls, but for the staff at Café Havana, too.

Moments later, a single Caucasian male in his late 30’s or early 40’s arrived and was seated by the maître d’ directly next to one of the ladies. There were about 10 other empty seats in the area he could have chosen, yet it was clear personal space was in nobody’s interest. The Café Havana staff aided in all this as matchmaker. Ever so slyly, the Filipina sitting next to the Caucasian man began to turn her body toward him instead of her friend in the other table. I almost felt bad for her. For a while, she was either smiling idly at this man or staring into his general direction while he paid no attention to her. He was glued to his phone. But as soon as his beer arrived, things changed. All it took was for him to look up as he took his first sip. His eyes met with the young Filipina’s and they both smiled. Jackpot: initial contact had been made. After a bit of small talk, the stocky older man eventually invited both Filipinas to his table. Jackpot again. Without hestitation, the ladies moved over. And as soon as they did, like clockwork, two other young Filipinas emerged from Greenbelt 3 to occupy the tables now abandoned by the first two ladies. They, like the girls before them, propped their handbags on the table and began touching up their makeup.

Throughout the evening, it was the same well-rehearsed dance with some subtle variations. Just another Friday night at Café Havana. Leaving the rest to the imagination, it was safe to say a handful of transactions were made on this evening. With around seven girls in Café Havana “working the area” when I left, as the evening was just about to pick up, I couldn’t help but think again: business is good.

A Café Havana Night: An Excursion for Some, Bread and Butter for Others

The entire experience attempting to unravel the stigma was desensitizing to say the least. I realized that stereotyping may be taboo, but in the confines of Café Havana, nobody appears to care for it. No one lowers their head in shame over having some “young exotic Filipina” look that people are aware attracts a “certain type of foreigner.” No one in this space flinches at the brazen display of the two interacting, which social context only suggests is a non-romantic courtship ritual. It simply is what it is: somebody’s bread and butter, the proliferation of sex workers that management cannot contain, so they resort to exploitation as a means to acknowledge it.

Regardless of the fact that their human rights as sex workers are not protected, are in no way supported and to this day are criminalized, for women of the night, the gamble is worth it if it means a temporary ticket out of poverty. In the grand scheme of things anyway, “sealing the deal” is far more important to them than hang-ups on public image or the perception-versus-reality debacle. That’s a privilege they just aren’t rewarded in this line of work.

RELATED: The Inside Of A Strip Club From The Eyes Of A Woman