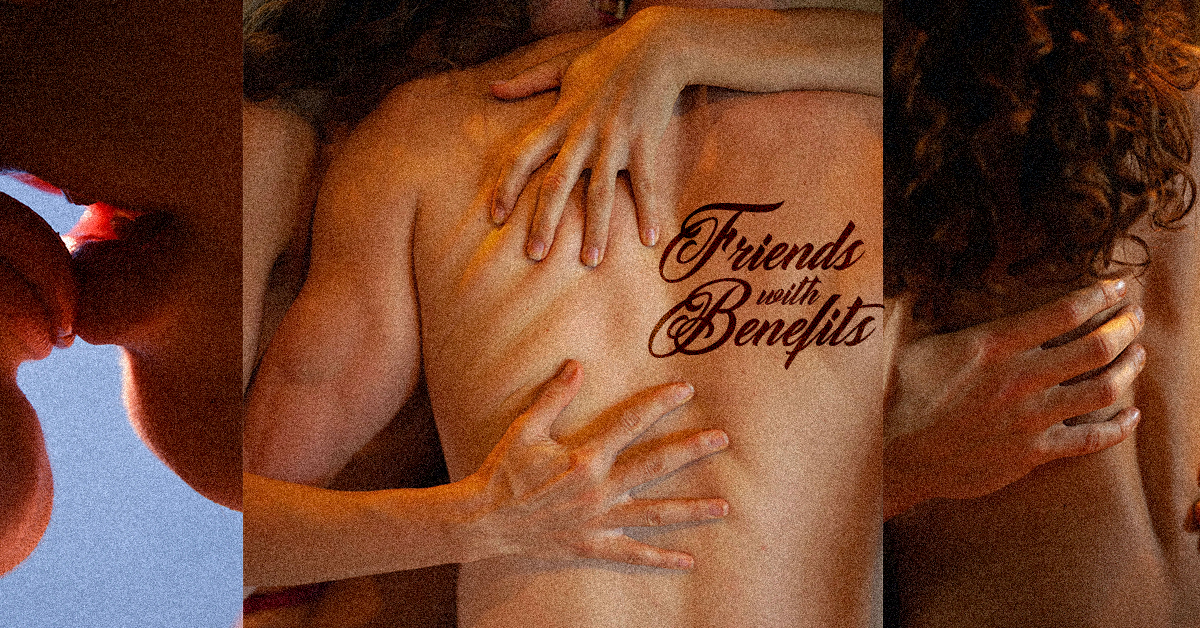 Is A Friends with Benefits Relationship Sustainable?

Are setting boundaries and laying down ground rules enough for friends with benefits?

The first time I was in a somewhat casual “friends with benefits” relationship, I was blissfully unaware. After a few hours in a guy’s car and then sealing the deal, still sweaty and catching our breath, he tells me he only wants to be friends. All the color drained from my face, and I couldn’t exactly hide my disappointment. Lesson learned: Before getting physical with anyone, lay down your expectations and set some ground rules.

I wanted to be *that* laid-back, cool girl who could easily sleep with any guy on her radar—no strings attached. But the truth of the matter is, I cared. I thought that if I could only reach a point of maturity, communicate my intentions, plus be able to compartmentalize my fickle emotions and my carnal desires, I would thrive in the casual dating scene. Even if I set my boundaries, it happened again and again. If I were to be honest with myself, I still ended up wanting something more—an emotional connection, intimacy, a relationship—even if I refused to believe it at the time.

I no longer begrudge myself for how I perceive my reality; turns out, I just wasn’t built that way.

RELATED: After-Sex Hygiene: Do You Know Your Basics?

Many of us, especially after two years in isolation, have been presented with the idea of this kind of casual dating relationship. For many, it’s completely unavoidable to end up having feelings for your “fuck buddy,” meanwhile for others, you just need to set boundaries. Sex doesn’t need to be complicated, or so they say.

Is a “friends with benefits” relationship sustainable? We asked, you answered.

If you start being friends with benefits hoping that it’ll turn into something more, then it definitely won’t be sustainable. But if sex is honestly the only thing that all parties involved want, then it’s doable.

Just remember that sex doesn’t make a relationship, so don’t try to turn your benefit buddy into a significant other. Fucking does not mean dating, and sexual tension does not equate to chemistry.

It is. But I see it as f*ck buddies and not friends. Just be careful that you know for yourself that you can compartmentalize feelings—separating love, lust and friendship.

Yes and no. Mine is still ongoing, and it’s been eight years since we started. I say yes and no because I was different versions of myself with him. [With] “dfferent versions,” I mean stages of my self-growth. I probably won’t be able to go as in-depth as I would like to (eight years [gave] a lot of lessons) since it’ll take you awhile. Lol.

It’s not sustainable because you can’t properly explore the possibility of you being in an actual romantic relationship together, maybe because of boundaries or arrangements you both agreed to, or just because of other elements maybe distance, life/work situations.

Yes, you are friends—technically you can share anything with that person, but at the same time, you also can’t because your friendship/relationship is “limited.” You also run the risk of either one developing feelings at some point despite the “friends with benefits” set up you both agreed to, [in] the beginning. You can encounter mixed signals from the other—does he/she have feelings for me? What does this action mean? Which honestly isn’t the best thing to deal with. It can also hinder you from actually exploring the possibility of being involved with someone that’s stable and overall better for you because you can get complacent or you can find yourself settling for just the sex and company—no complications, no “drama.”

But take note, a friends with benefits situation can definitely be dramatic. Now, I say it is sustainable because it can work depending on your situation and the other person’s. And it does have benefits other than just sex. It can work if you know that you can’t commit to a typical relationship’s demands (there are people like that, I am one of them). Or you’re probably too focused on a jet-setting career that you don’t want someone getting disappointed over and over again if you don’t meet your partner’s expectations (this is not being selfish!).

It works if both parties are aligned and have the same outlook towards relationships, maybe life, too. Or if it’s a mutual life choice that you’ve both individually decided on. And in cases like this, a more intimate friendship can actually develop that is anchored on respect and genuine love—that I can say sometimes is deeper than romantic relationships—despite the lack of exclusivity.

No, it is not. It can feel like it at first. You go in and have this mindset na “sex lang ‘to (it’s just sex), it’s going to be fun,” but intimacy always gets in the way. The feeling of safety, having full trust with that person. I don’t think people get [attached] because of the sex alone, but it’s more on what the person felt during sex.

Coming across this question made me reevaluate my entire past life. I have been in too many FWB set ups that I can say it’s not sustainable. And in every kind of [friends with benefit] relationship I had, I’m the one who always ends up falling for the other person.

It’s not sustainable especially if you and the other person see each other frequently in casual settings (you’re classmates, coworkers, etc). You’ll end up (like me) wanting more from the relationship or you’ll be hurt when they don’t treat you “more than friends” around other people. I think that’s the most important aspect in this kind of relationship: the expectations from each other.

It’s hard to establish a line because there have been too many that’s been crossed and being continually crossed, in the first place. Even if both of you had agreed that no feelings should be involved or whatever rules you come up with, it’s still inevitable that the other one will fall and expect more out of the relationship.

You will end up expecting for him to act sweet with you when you’re out in public because “Nagse-sex nga kami eh, bakit hindi? (We’re having sex, why not?)” Or, you may feel like “mag-jowa (boyfriend-girlfriend)” kayo. Even if it’s clear that sex is the only thing you both want out of the relationship, it’s still not sustainable because at some point, hindi mo namamalayan (you’re unaware), the expectations will be there.

Or maybe I was just too immature to handle all my past FWB relationships because I cannot control my feelings and always end up falling with them, wanting more out of the relationship. But I’m sure as hell that I don’t want to be in one ever again. #NeverAgain

It can only be sustainable if you don’t frequently meet with these people (e.g. living in different cities, countries, etc.). Some people just want to release some stress or have a good time, apart from what they [need] to do in the “friend’s” vicinity. Anything else besides being in different zip codes will create a problem for you. The closer the person is to you, the more you can end up expecting from them.

For the feelings, eventually you will [catch it], even if you deny it. There will come a point when you’ll get attached; for me, you’ll keep wanting more [out] of a relationship. If you’re not on the same page, it’s gonna be hard for one of you…It [can be] mutual but given the set-up from the beginning, it’ll be hard [to progress].

I lived by the saying “ignorance is bliss,” but I’d get hurt din…It was so bad, because in the back of my mind, [I would think] that he’s here with me right now, but what if tomorrow, [he’s with another person]? There was also that denial within na if I wanted to know, then I’d start to care. Happy ako when I’m with him, but when I’m not with him, my mind wanders.

You have to be extremely mature to do that ‘cause there are so many things that can go wrong. One falls in love with the other, develops feelings. When other people find out, what’s the game plan?

[Sex] is such an intimate act; when you share moments like that, it’s very difficult to compartmentalize and not feel attached. If you’re not clear about that from the start and you don’t reevaluate over and over throughout that friends with benefits “thing” and not be honest with each other when you have those talks, it may not work out or it may not end well.

From experience, I don’t think it’s sustainable because feelings are complicated. Even if you tell yourself that you have rules and you have boundaries, once emotions start getting involved, it can be hard to stick to those. Even if you think of yourself as a logical person, you’re dealing with something that is irrational by nature. There’s always gonna be someone who is more capable of sticking to the boundaries, and it’s going to be harder on the person who can’t. Eventually, someone’s going to get hurt.

I always found it enticing at first, to have it easy with no commitments. But by experience, sooner or later, one or both parties get too attached, and it ends up being even more complicated! May have lost a couple friendships completely because of this 😅

A thousand times NOPE ’cause for people like me who thrive in ~meaningful~ emotional connections, I’m never down to just do “it” when I don’t know much about a person. It just takes so much work to break down walls before I get comfortable with someone in bed. There’s also just a lot of gray [areas] I don’t have time to deal with. Pass 😆

For many singles dabbling in the dating scene, a “friends with benefits” relationship isn’t exactly sustainable because emotions can get in the way of a purely physical affair. But for others, a certain level of maturity contributes to a favorable outcome. Setting boundaries and regularly evaluating your relationship help, too.

Have you ever been part of this type of casual relationship? We want to hear from you! Tell us your story and you might just find it published on Wonder. Don’t worry, you can be anonymous!