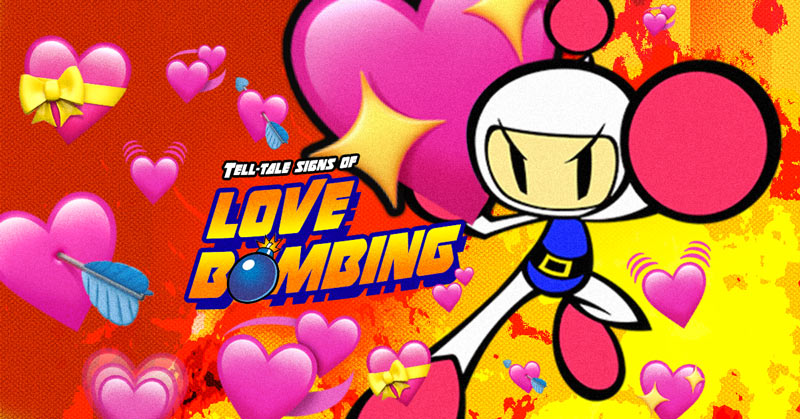 Love bombing is more common than you think!

We’re seeing the reinvention of the true-crime genre on Netflix, teeming with con artists-turned-internet celebrities we all love to hate. From the producers of Don’t F**ck With Cats, Tinder Swindler centers on one Shimon Hayut AKA Simon Leviev. He poses as a jet-setting billionaire’s son who romances women on Tinder then defrauds them, taking hundreds of thousands of dollars from his well-intentioned victims.

The British true-crime documentary film is a cautionary tale of modern love, and definitely more than the contemporary ghosting story. It’s a well-oiled Ponzi scheme for a generation who won’t quit on love. Here lies a fugitive who expertly seduces and manipulates women, skewing their perception of reality, giving them long-lasting trauma—and an empty bank account. Psychologists and relationship experts call this red flag in relationships “love bombing.”

Love Bombing Show Love That Is Too Good to be True

Unless you’re in a cheesy Hollywood romcom, when it’s too good to be true, it probably is. Love bombing is a type of manipulation that can actually be difficult to recognize. It may start off with seemingly harmless, lavish gifts in a short period of time, and overly affectionate messages. For the Tinder Swindler’s victims, this was an out-of-this-world-first date on a private jet (paid by, well, the other women). In actuality, these are tactics that drive over-the-top romance very early on in a dating relationship without a solid foundation.

Licensed therapist Sasha Jackson, LCSW encapsulates what love bombing is on Cosmopolitan: “Love bombing is characterized by excessive attention, admiration and affection with the goal to make the recipient feel dependent and obligated to that person.”

Narcissists, when it comes to relationships, want to immediately obtain the affection of the receiver by presenting an idealized image of themselves. These types of people crave excessive attention and admiration; in actuality, they’re just feeding their ego. Think: an inflated sense of importance and a lack of empathy for others. They lull their partner into a false sense of security by manufacturing feelings of immense loyalty and trust.

Licensed therapist Rebecca Weiler, LMHC recognizes narcissism as “selfishness at the (usually extreme) expense of others, plus the inability to consider others’ feelings at all.” Leviev displayed his inconceivable narcissism by posing as a world-traveling, Insta-famous “prince” who could give you the world. In the end, he gaslighted his victims, making them feel it was their fault that they were in such emotional and mental distress, then swindled all their money. People who gaslight are masters at deception and intimidation, using guilt, fear and obligation to tie them to their significant other for a period of time.

Love Bombing Is When You Feel Overwhelmed

It’s common to excuse red flags and worse, romanticize them. As cliché as it may sound, love is truly blind. Feeling increasingly disoriented, anxious or depressed, and isolated in the presence of somebody is a form of emotional and psychological manipulation. When somebody has a hold on you, they want your undivided attention, bombarding you with constant, one-sided communication. The Tinder Swindler detached his victims from the rest of the world, overwhelming them with affection and then taking it away when it goes south.

Relationships take time to nurture and develop, though Hollywood and one Simon Leviev may deceive you into believing otherwise. Don’t want to get love bombed? Trust your intuition, place boundaries, and discern who gets access to you.

RELATED: “You’re Not Like Other Girls” is the Last Thing Women Want to Hear

Stream Tinder Swindler, only on Netflix.