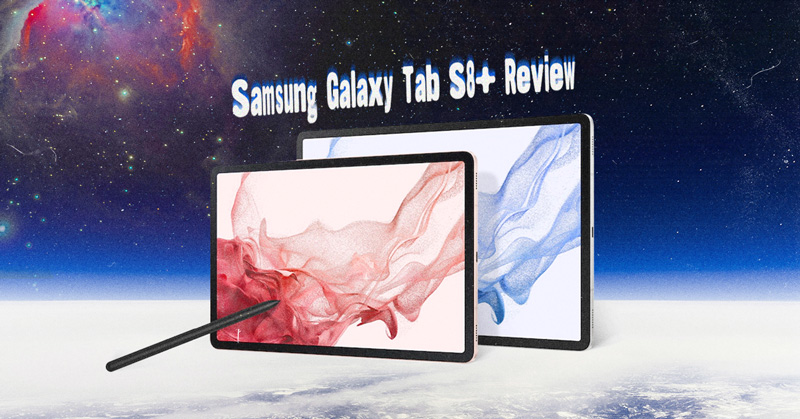 The last time I owned a tablet was about eight years ago, which my son has since laid claim to for playing games and watching videos. Flash forward to the present, where my needs and schedule have changed, with the realization that I need more than my phone and laptop to fulfill my growing responsibilities and, honestly, a device that is my own. Think: a device that rivals the productivity of a laptop, enables creativity thanks to a handy digital stylus, and offers on-the-go entertainment, that be gaming, reading or streaming.

While in the market for a tablet, I had my sights on the three brands. Luckily, one of the brands I was looking at, Samsung, presented the opportunity to experience the Samsung Galaxy Tab S8+.

RELATED: Everything You Need to Know About The Samsung Galaxy Tab S8 Series

Samsung has indeed made progress via integrations and, according to others, an impressive ecosystem of its own that could unseat the top-most recommended tablet in the market. There are remarkable differences between the Tab S7 and 2022’s Tab S8 variants in favor of the latter, such as the processor, Wi-Fi support, camera lens and resolution and S Pen performance. But Samsung kept the best bits the same; the size, the Dolby Atmos quad speakers, the video-watching experience and the smooth-like-butter performance.

The Tab S8+ has a 16:10 aspect ratio screen. No gripes about this, but I find myself using the tablet in landscape mode almost all of the time. On security, it has an under-screen fingerprint scanner, as well as facial recognition, which I don’t really use.

Now as someone who prefers standard wired earphones, I do miss the 3.5mm headphone jack; what this tablet has is one USB-C port for all your input/output needs.

The Tab S8+ does feature 128GB or 256GB of built-in storage, and supports microSD card expansion up to 1TB. As for me, I save most of my files online, but knowing I have extra storage does put my mind at ease. 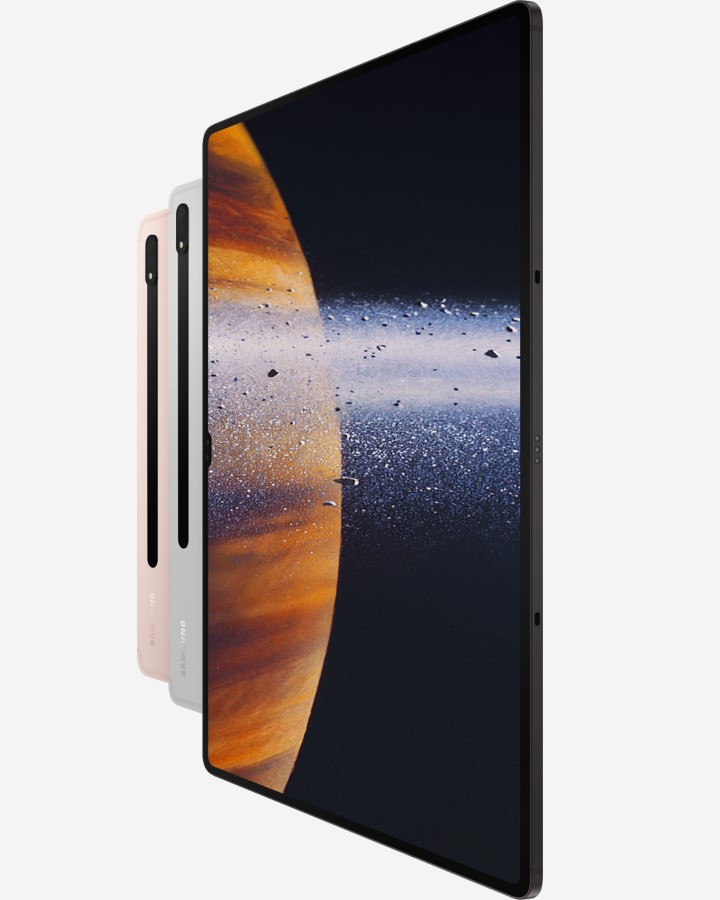 Samsung has its own apps, like its browser Internet, which has been optimized to work on the tablet’s larger screen. Samsung’s Calendar, as well as Microsoft apps, like Outlook and Office that come pre-installed on the device, work optimally too. Personally, I prefer Google’s business tools, i.e., Google Calendar, Google Docs, Sheets and Slides, which you can easily download, but the interface varies on the tablet.

One of the things that I like about Samsung is its take on multitasking, where you can run three apps on the Tab S8+. It’s not perfect but is definitely a better experience than having to switch between apps.

RELATED: Google Sheets Templates to Help You Get Your Life in Order

As with the rest of the Tab S8 series, the Tab S8+ comes with Samsung’s S Pen stylus in the box. I’ve never owned a tablet with a stylus so I can’t make a comparison, but I did find it easy to use. It’s responsive and accurate, at least when it comes to note-taking. I say so because the output looks very much like my handwriting in real life.

I’m no artist but I’ve used it to doodle (while pretending to take notes during a meeting), and I’m quite proud of my doodle. Imagine in deft hands, one can create a masterpiece on the Tab S8+.

For charging, the S Pen attaches magnetically to a strip on the back of the tablet. But it’s a little awkward for storage so I suggest keeping the pen somewhere else. Mine is safely tucked inside the Samsung Book Cover Keyboard Slim (a mouthful, I know), purchased separately. Anyway, charging the pen allows you to connect to the tablet via Bluetooth and use extra functions like air gesture controls, which you may or may not want to use.

While I rarely stream videos on-the-go, the times that I did on the Tab S8+ were comfortable thanks to its OLED screen. But the edge Samsung has on the entertainment side is its capability to stream games smoothly, as well as its ability to pair with a controller almost seamlessly. Plus, it has a really good screen and quad speakers that make it a competent portable gaming partner.

I mentioned Samsung’s Book Cover Keyboard Slim, which is a case and trackpad-less keyboard in one. It’s also compatible with both the Tab S8 and S8+. The book cover doesn’t require Bluetooth pairing or charging thanks to its pogo pins that allow it to communicate directly with the device. It’s a great accessory if you ask me—save for the name and accessibility because, last I checked, it’s not available in Samsung stores online and offline, or via their accredited partner merchants.

My final gripe is the lack of a charging brick. It’s not a dealbreaker, but Samsung could have easily thrown it in the box.

So if you’re looking for a device that combines the productivity of a laptop, enables your creativity as modern times redefine what it means to put pen to paper and offers an impressive entertainment experience on-the-go neatly packaged in excellent hardware and backed by pretty big advancements in software, then I’d say the Samsung Galaxy Tab S8+ is a pretty strong contender.