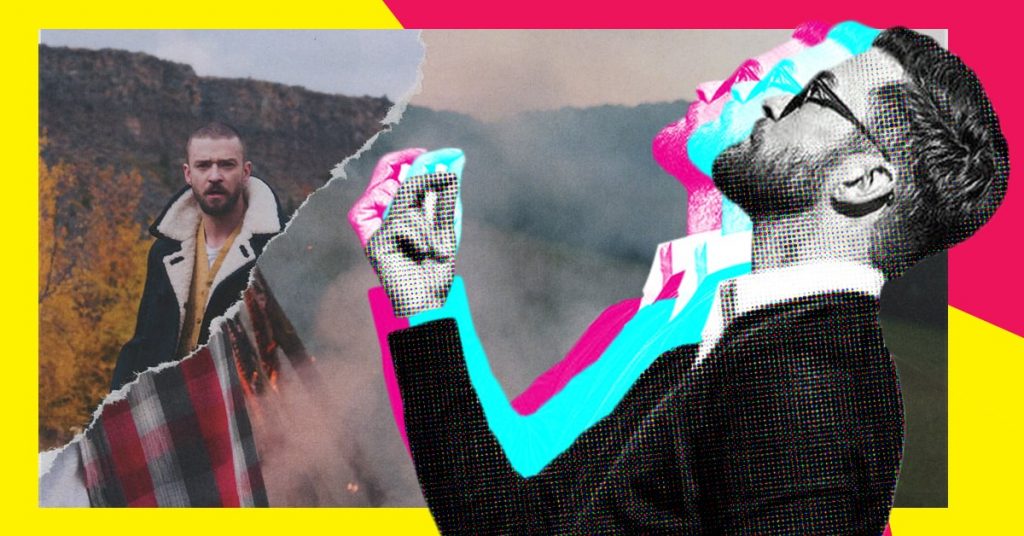 Everything To Look Forward To This 2018

It might not be such a bad year after all

The world may have buried itself deeper into a hole in 2017, but if there’s one thing that the combination of fireworks and counting down gives us, it’s the possibility of starting over. It’s an odd concept, yes, but 2018 does hold a lot of promise—we just need to believe in the power of some very key people.

Justin Timberlake makes his return with Man In The Woods

Like fine wine, Justin Timberlake just gets better and better with age. If you ever needed any proof, listen to and watch the music video of Filthy from his fifth studio album, Man In The Woods.

And there he is, like he never went away: It’s the same amazing moves, the same sexy beats and the same intoxicating vocals.The royal wedding and another royal baby

The British royal family is the inspiration and center of so much of today’s trends that it’s no wonder why the upcoming royal wedding of Prince Harry and Meghan Markle, as well as the third baby of the Duke and Duchess of Cambridge, has everyone’s attention.

Not much is known about the upcoming nuptials, but we do know that it’s happening on May 19—just a month after Kate Middleton is expected to give birth—and that the ceremony will take place at Windsor Castle.

We’re definitely excited about the dress and the overall aesthetic of the wedding, but the excitement is also largely in part about how Meghan’s inclusion into the royal family marks some very forward-thinking changes for the monarchy. An American actress, divorcee, humanitarian and feminist waving her hand alongside the royal family? The Royal House Of Windsor is definitely changing its landscape and we cannot wait.

But for the love of all things good, let’s keep the Meghan/Kate comparisons to a minimum, shall we?

An explosion of movies, TV, games and anime

2018 also means one step closer to A Wrinkle In Time, Mary Poppins, Avengers: Infinity War, Deadpool 2, The Incredibles 2, Insidious, Fantastic Beasts: The Crimes of Grindlewald, Mamma Mia, The Nun and Black Panther. It means the midseason premiere of Star Trek Discovery, maybe a new season of Stranger Things and the all new Altered Carbon.

2018 is the return of Cardcaptor Sakura, the premiere of Devilman Crybaby and the release of Full Metal Panic! Invisible Glory. We’ll finally get our hands on the open world of Monster Hunter: World, the Western world of Red Dead Redemption 2 and a new take on mythology with God of War.

The Met Gala is going to be amazing

While it is an annual event, the Met Gala has not decreased in grandeur over the years. Until now, it is one of the most anticipated nights in fashion—and for good reason. Stars and personalities have had their hits and misses, all of which we love to talk about. But this year is extra special because Rihanna is hosting alongside Amal Clooney.

These two powerhouse women have inspired us and put us to shame all at the same time. They make us proud, empowered and downright thrilled to be living in a time where a woman has a voice and she is unafraid to use it. Not to mention the theme for the 2018 Met Gala is sending shivers down our spines: Heavenly Bodies: Fashion and the Catholic Imagination.

The Suffragette Centenary is this year and it marks 100 years of women having the right to vote in the UK. Sure, we Filipinas aren’t directly taking part in the festivities, but we will get to watch and read up on some amazing women-led and for-women events.

Jodie Whittaker is freaking Doctor Who

There have been 12 Doctors, but Jodie Whittaker is the first ever female to take on the role and seriously, no one can take it on better (arguable, but stay with me).

Jodie has proven herself funny, inspiring and intelligent. She’s in-demand for very good reason and she has the strength and talent prowess to take on such an iconic role, but it’s more than just the ability to act. She has an individuality to her that is unique and her charm is undeniable. We cannot wait to see her take on Doctor Who.

Toy Story Land is a reality!

Finally, finally, finally, we all have the chance to live out our Toy Story dreams this year—if we can make it to Hollywood Studios. Toy Story Land is opening this year and it’s looking amazing. The Slinky Dog Dash, a family rollercoaster, is littered with other characters like Jessie, Sarge and Rex. And having a meal inside Woody’s Lunchbox? Our inner children are jumping up and down just thinking about it.

Starting this month, newly issued Philippine passports will be valid for 10 years but will still cost the same (P950). Great since our trips to the dreaded DFA will be lessened, but bad because who wants a reminder of how much better they looked ten years ago?

Art Fair Philippines has gotten bigger and better (and more crowded) over the years and 2018 is going to prove that to us. From March 1 to 4, we can all visit The Link in Makati and feast our eyes (and take photos with/of) on artwork from Art Lab, Art Underground, Boston Art Gallery, J Studio, Koida Contemporary, Pinto Art Museum and Vinyl on Vinyl.

ToyCon PH is also promising this year, as is the Big Bad Wolf Book Fair. In other words, there was never a better time to be a geeky nerd.

Seriously, the only travesty is that these concerts are going to make some major dents on our bank accounts. sigh

A year for women

2017 was nothing if not the year that women again raised their voices to call out anyone that tried to silence them. We saw it with the #MeToo movement and we believed it when women ran for public office and deservingly won. We felt it during the Women’s March despite not physically being there. And 2018 isn’t going to stop us; it’s only making us louder.

Earlier this year, the who’s who of music donned white roses in a show of solidarity against sexual harassment. Weeks before that, Oprah Winfrey took the Golden Globes stage and brought the house down in an impeccable an honest speech. In the days leading up to February, former USA gymnastics doctor Larry Nassar was sentenced to decades in jail, after dozens of former “patients” spoke up about his questionable (read: inappropriate) methods.

2018, you’re looking pretty good to us now. Please do not disappoint.