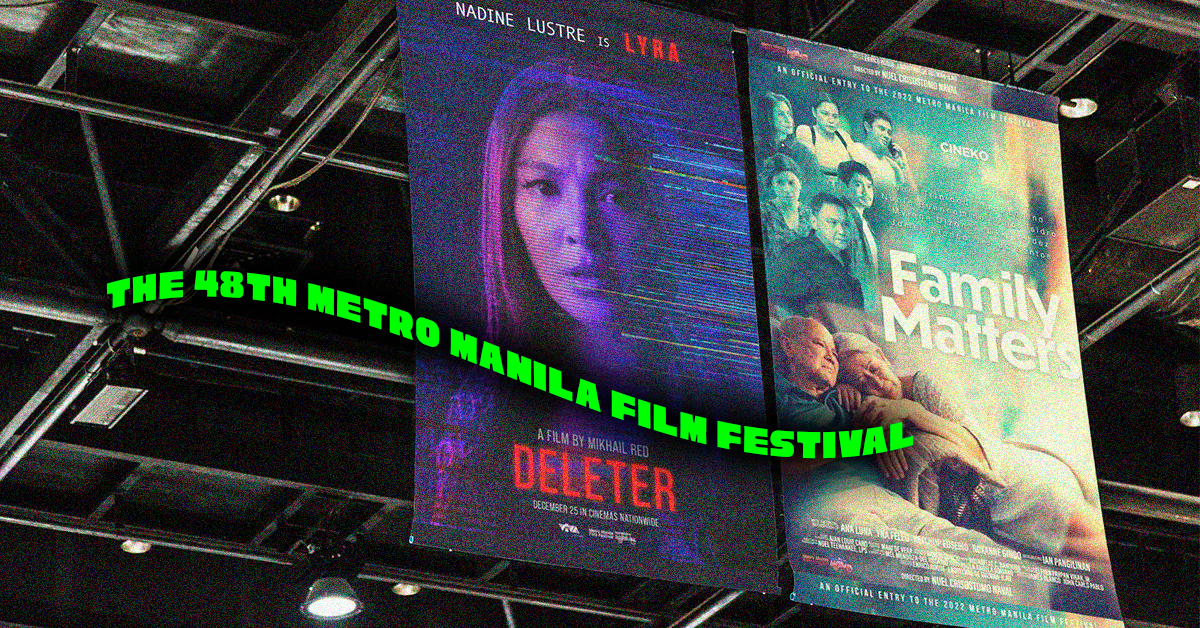 The 48th Metro Manila Film Festival: Who, What and More

Eight films will hit our cinemas for this annual Christmas affair

When people think of a stereotypical Filipino Christmas, it gets characterized by large family reunions. The piles upon piles of sweets and pastries occupying our dinner tables. The start is signified when the parols go up, and the (artificial) pine trees get decorated as Jose Mari Chan and Mariah Carey climb up the music charts. But perhaps a universal sign that Christmas is well underway is the deadline for international films hitting the cinemas. Because by Christmas Day, all need to make way for the Metro Manila Film Festival (MMFF).

While this affair has gotten the ire of film critics for only adding hour-long product placement commercials wrapped in slapstick comedy, the lineup has significantly improved through the years. I mean, you’ve seen the likes of Marlon Rivera’s Ang Babae sa Septic Tank 2: #ForeverIsNotEnough, Antoinette Jadaone’s Fan Girl and Carlo Manatad’s Kun Maupay Man It Panahon—entries from the past few years that have significantly risen our expectations.

So for the 48th Metro Manila Film Festival, a total of eight movies will hit the cinemas from December 25, 2022 to January 7, 2023. Of course, the affair kicked off with the annual Parade of Stars. We also give you a lowdown on the who, what and more about the annual MMFF up ahead:

RELATED: Christmas Movies For Adults, Because We’re All ~Grown~ Now

Labyu with an Accent

Mamasapano: Now It Can Be Told

For the wheres, check out the screening schedules in the cinemas nearest you. Have a holly, jolly movie-filled Christmas. If you plan to stay in all holiday szn long, we give you a list of Christmas romcoms you can stream.