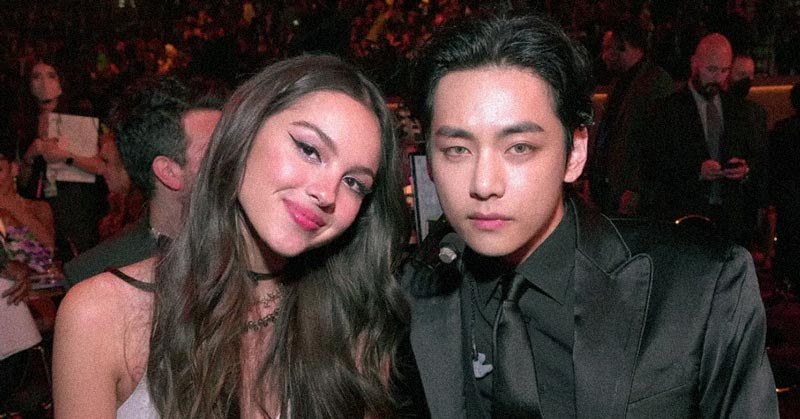 Sweeps and Pinoy Pride: What Went Down At the 64th Grammys

The 64th Grammy Awards rocked the MGM Grand Garden Arena last April 4, 2022, after being indefinitely postponed in January. Trevor Noah went back on board as this year’s host, armed with his fast and sharp quips that add some flavor to the show. While we missed significant players like The Weeknd, Taylor Swift, Drake and Ariana Grande, this year’s lineup of performances and big winners made it a remarkable award show.

Singer, songwriter and producer Jon Batiste entered the award ceremony with 11 nominations and ended the night with five Grammys, two for his work in We Are and three for his work on Disney’s Soul. Another major contender was young pop star Olivia Rodrigo, who went on to win three awards. The drivers license singer got her moment to pose while cradling her three Grammys—giving us material for her spot in the pop girl hall-of-fame.

Aside from these wins, the 64th Grammy Awards provided more moments that made it a show one for the books. We list them down below:

RELATED: Unpacking All the Post-Oscars Conversations We’re Having

Megan Thee Stallion and Dua Lipa came together to present the Grammy for the Best New Artist. But before they awarded it to the next artist to bear the torch, the two recreated an iconic pop culture moment. Originally a skit by Whitney Houston and Mariah Carey for the 1998 MTV VMAs, the Sweetest Pie singers came on stage wearing matching Versace dresses. Then, after some snappy banter due to their matching outfits, Donatella came up on the stage to show the immediate wardrobe transformation, much to everyone’s glee.

While 2021 witnessed diversity making waves, 2022 saw Fil-Ams bring home the gold. H.E.R. won Best Traditional R&B Performance for Fight For You. Silk Sonic, made up of Bruno Mars and Anderson .Paak, took home all four awards for their hit Leave the Door Open. The track won four Grammys: Best R&B Song, Best R&B Performance, Song of the Year and Record of the Year. To use the words of Anderson .Paak, “We call that a clean sweep.”

Another big winner is Olivia Rodrigo, who won three awards out of her seven nominations. The Grammys crowned the 19-year old as 2022’s Best New Artist, gave sour the Best Pop Vocal Album award, while drivers license got Best Pop Solo Performance. An additional prize (for many) would be her special participation in BTS’s performance of Butter. She was only on for a few seconds, but enough to have many an ARMY listen to traitor after the show.

Speaking of BTS, the group brought in a whole new concept for Butter as they transformed into seven spies. Jungkook descended from the ceiling, and Jin supposedly hacked into the systems to let them in. Meanwhile, the rest of the members blended with the crowd before pulling off their heist. Butter’s dance break has always been a sight to see, but the new version had them dodging laser lights and playing with their jackets. Another fun fact? BTS initially rehearsed the stage as four, given that some members tested positive before flying in. As a result, they only got to do the routine with the complete lineup a day before their performance. Nonetheless, the boys were flawless.

But the most impactful performance goes to John Legend, who debuted his song Free in solidarity with Ukraine. Here, the musician pushed to promote peace and end the war. The stage opened with a pre-recorded speech from Ukrainian President Volodymyr Zelensky urging artists and musicians to support them by filling the dead silence with music, by telling their stories in any way we can. Then, Ukrainian artists singer Mika Newtown, bandura musician Siuzanna Iglidan and poet Lyuba Yakimchuk joined Legend on stage for a moving performance. This stage proves that powerful platforms, such as a widely-recognized award show like the Grammys, can be used in pushing positive messages.

The Grammy for Best Pop Duo/Group Performance went to Doja Cat and SZA for Kiss Me More. It was a crowning glory moment for two lyricists and singers whose earlier works—all equally deserving of a Grammy—were snubbed or lost to other contenders. “I like to downplay a lot of shit, but this is a big deal,” Doja Cat is seen saying through tears. After all, the award came a few days after she announced her retirement and expressed burnout with the music industry. So here’s to hoping that the Grammy eased her worries a bit and she gets the break she deserves.

P.S. SZA also shared some tidbits about her upcoming album, the first since Ctrl. She explains, “It’s probably my most unisex project yet, if that makes sense. It’s definitely for everybody.”

RELATED: 2021: A Year In Memes and Pop Culture Moments

Did we miss any other moments from the 64th Grammys? Sound off in the comments below.