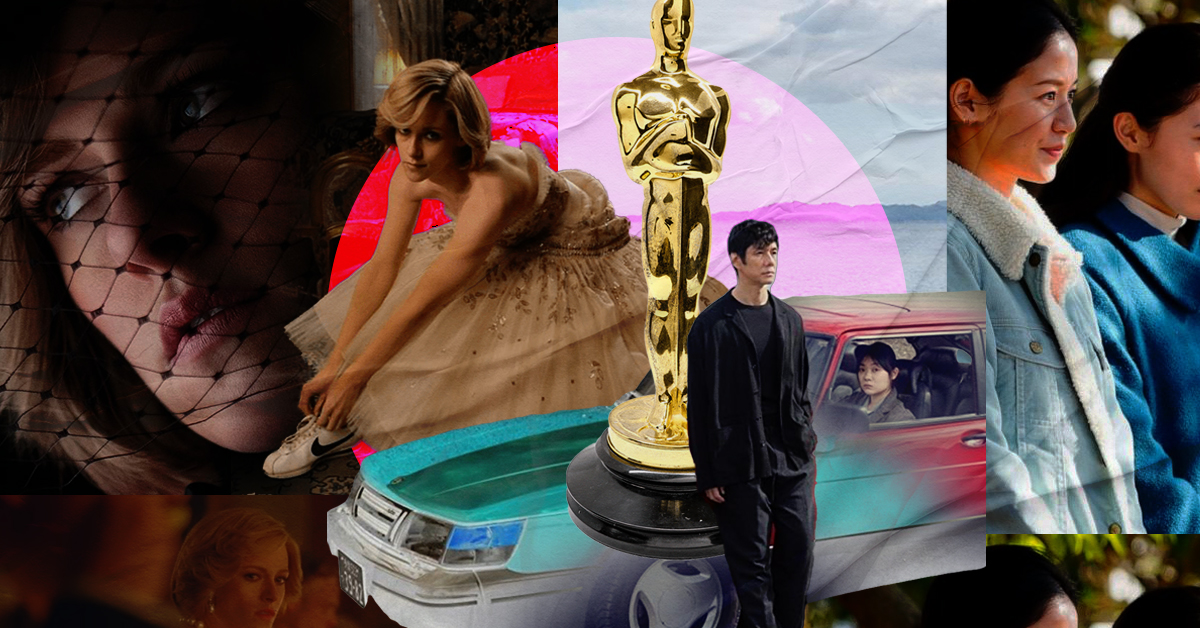 We’ve Got Some Feelings About This Year’s Oscars Nominees

What do we think of the 94th Oscars nominees?

We’re now settling into the routine of the first few months of the year: debating on award show nominations. The season’s been pretty dull as the Golden Globes were Tweeted, and the Grammys got postponed. So it’s up to the Academy Awards to bring in top-tier entertainment as they award the best of the best in film. However, before the actual shebang and pop culture moment hot pot, we all need to check out the Oscars nominees. Who got snubbed, and who deserves the award for the year? Did diversity make waves, or is this #OscarsSoWhite part two?

Well, buckle up to get your questions answered (or not, we can try) because we’re processing the nominations for the 94th Academy Awards yet again.

Most of the time, the unanimous vote of the internet aligns with the Oscars nominees. That includes Kristen Stewart’s performance as Princess Diana Spencer in Spencer. We expected Dune’s nomination since the hotly-anticipated adaptation received a warm reception from critics. Plus, nothing spells power couple like being nominated for different major categories: Kirsten Dunst and Jesse Plemons for The Power of Dog, and Penélope Cruz and Javier Bardem for Parallel Mothers. Lastly, Licorice Pizza outdid House of Gucci as MGM Studios’ frontrunner for Best Picture. The movie surprisingly breaks the company’s 10-year Academy Award nomination drought.

The absence of Lady Gaga in the Oscars nominees list for Best Actress shocked us all. After all, outlets like Variety raved about her performance as Patrizia Reggiani, socialite and notorious murderer. Not to mention the intensive journey to embody the character for the film: she spoke in an Italian accent for nine months and picked the parts of herself that would help her in the role—it seemed like an Oscar was in the cards for her. But if she’s going against the likes of Jessica Chastain, Nicole Kidman, Penélope Cruz, Olivia Colman and Kristen Stewart—her fellow nominees for Best Actress in the Golden Globes—we might understand why her interpretation of Reggiani didn’t make the cut.

Also, let’s talk about Don’t Look Up. The social commentary-slash-satire movie managed to worm its way for four categories: Best Score, Best Editing, Best Original Screenplay and Best Picture. Of course, the last one is the biggest shocker, especially since its actors didn’t land any nominations. But hey, maybe this Netflix flick is a dark horse. I can’t deny that the movie’s message was profound and nicely packed with undeniably accurate depictions of the world today. Don’t Look Up managed to reflect how we deal with the crisis, from politics to polarizing opinions online. Satire or not, here’s to hoping that its nomination teaches the world to listen to the goddamn qualified scientists.

The first-ever Japanese film nominated for Best Picture goes to Drive My Car. At best, the movie adaptation of Haruki Murakami’s short story debuted at the 74th Cannes Film Festival and won a Golden Globe for Best Foreign Language Film. However, the Academy Awards recognized the film’s artistry by nominating it for Best International Feature, Best Adapted Screenplay and Best Director. It’s great to see more Asian-made films compete in the main categories, especially after Parasite’s major sweep. Let’s say this could be seen as progress, already paving the way for the rest of the region to compete worldwide.

Meanwhile, Lin-Manuel Miranda may go home with an Oscar and might finally get his EGOT (Emmy, Grammy, Oscars and Tony Award) with Encanto’s Dos Oruguitas playing as one of the contenders for Best Song. This is his second opportunity after Moana’s How Far I’ll Go, and given the film’s success, the odds might just be in his favor. Plus, his other movie tick, tick …BOOM! also got nominated for other categories. So if it wins, that victory-by-proxy might just be as fulfilling.

Nonetheless, we still have our bets:

Other Nominees: CODA, Don’t Look Up, Drive My Car, King Richard, Licorice Pizza, Nightmare Alley, The Power of the Dog

Best Director: Jane Campion (The Power of the Dog)

Other Nominees: Javier Bardem (Being the Ricardos), Benedict Cumberbatch (The Power of the Dog), Andrew Garfield (Tick, Tick … Boom!), Denzel Washington (The Tragedy of Macbeth)

Best Supporting Actress: Kirsten Dunst (The Power of the Dog)

Best Supporting Actor: Kodi Smit-McPhee (The Power of the Dog)

RELATED: 8 Titles We Can’t Wait to Watch on Netflix: February 2022

Whatever the outcomes, 2021 proved to be a stellar year for cinema—Academy Award-winners or not. So let’s use this award show season to thank the amazing people behind these productions and the talents who kept us sane throughout.