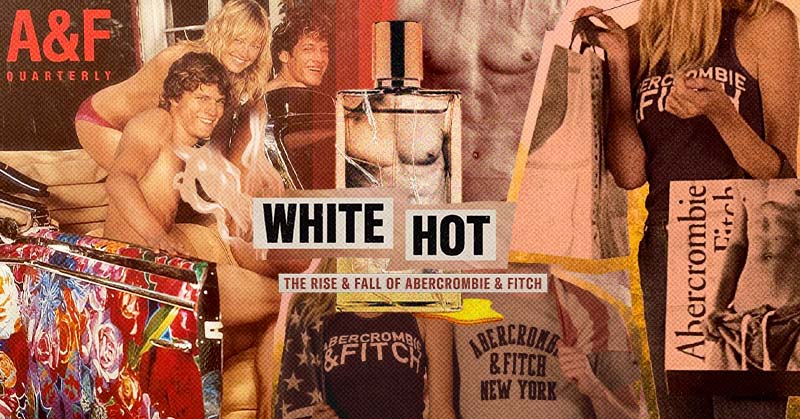 What happens when you build your brand on exclusivity?

One of the most integral parts of a business is branding. The guiding principle makes the product, the tone of captions, the look of the photos, and the store so consistent that it makes a mark on the consumers. For example, Victoria’s Secret’s old branding explored women’s sweet and sultry sides. In the case of Abercrombie & Fitch, it continuously sold its customers the preppy, collegiate all-American Dream. But as the Netflix documentary White Hot: The Rise and Fall of Abercrombie & Fitch shows, the brand also banked on something dangerous: exclusivity.

RELATED: Alexander Wang and The Double Standards of the Fashion Industry

White Hot: The Rise and Fall of Abercrombie & Fitch shows us the dark side of this huge brand. In the documentary, Fashion editor Robin Givhan explains, “Fashion is an industry notorious for not particularly doing a lot of market research. The goal is not to give people what they’re asking for, but to make them ask for what you’re offering.” While other brands use this business model on the down low, Abercrombie & Fitch took it to the extremes. People in their ads and stores were conventionally attractive. Employees had to be (mostly) Caucasian, have fit bodies and look gorgeous. But the company’s employees would soon discover that then-CEO Mike Jeffries’ vision for the brand would end its popularity with a bang.

Abercrombie & Fitch called their look “natural, American, classic.” But, as we all know, that just means white and conventionally attractive. You know, for the branding. To add visible insult to a concealed injury, Abercrombie & Fitch launched a series of t-shirts promoting offensive stereotypes of people of color. The print that said, “Two Wongs make it white” sparked protests and a boycott of the Asian-American and Asian communities. The brand would only see this as the beginning of their undoing, as employees of color sounded the alarm about losing their jobs and eager applicants getting turned away based on race.

“A lot of people don’t belong [in our clothes], and they can’t belong. Are we exclusionary? Absolutely.” – Abercrombie & Fitch CEO Mike Jeffries, 2006

Here’s the thing, some products fit specific markets and audiences; that’s a fact. But what makes the Abercrombie & Fitch story different was their active way of gatekeeping their brand and the opportunities. Even after getting embroiled in a lawsuit for racial discrimination in 2003, Abercrombie & Fitch, under Mike Jeffries, did not strictly enforce steps to ensure diversity. In a 2006 interview with Benoit Denizet-Lewis, Jeffries admits, “A lot of people don’t belong [in our clothes], and they can’t belong. Are we exclusionary? Absolutely.”

For someone who’s lived halfway across the world during the peak of Abercrombie & Fitch, I never quite understood its magnetic pull or its impact on pop culture. I knew that the popular kids and bullies in the movies I watched wore A&F. But White Hot: The Rise and Fall of Abercrombie & Fitch teaches us that exclusivity made and broke this fast-fashion brand. Consumers realized the illusion A&F was selling them, and no longer wanted to entertain it. This toxic mentality had an expiry, which translates to material consequences. Their yearly sales plummeted, and as a result, Jeffries finally exited his post in 2014.

While White Hot focused on Jeffries’ tenure, I would’ve wanted to hear more about the entire rebranding the company went through. Its current CEO, Fran Horowitz, entered 2017 and led its redemption. Business Insider writes, “Abercrombie & Fitch is cool again.” Under new leadership, the brand shifted catering to preppy cool kids to the off-duty young professional. Their collections consist of basics that no longer shout “Abercrombie & Fitch!” Their models feature those in a slightly older demographic, showing models of different ethnicities and body types. Through their actions, the brand shows they’ve has entered a new era that visibly embraces diversity not only on paper.

RELATED: These Brands Make Swimsuits That Look Great On Every Body Type

Honestly, it took them long enough. However, the question remains: can a brand with a deep-seated past in exclusion still redeem itself? As seen with Victoria’s Secret and now, Abercrombie & Fitch, only time will tell.