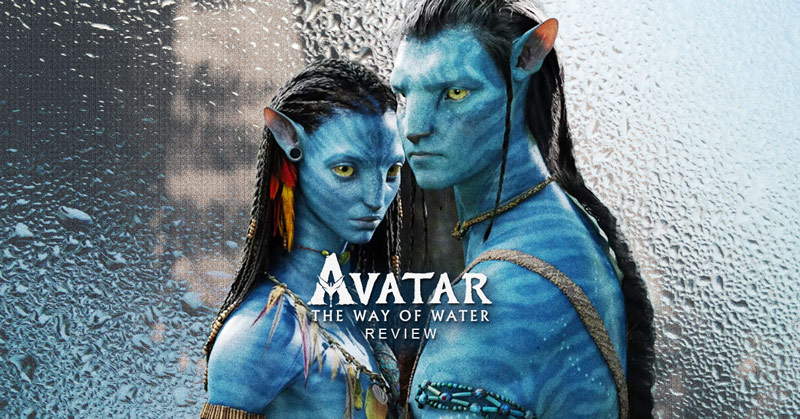 “Avatar: The Way Of Water” Review: Just Enjoy It

Do yourself a favor and watch “Avatar: The Way Of Water” in 3D

You might not remember it anymore, but James Cameron’s Avatar first hit theaters in 2009—the year my currently 31-year-old self graduated high school. Yes, it’s been more than a decade. In fact, we waited 13 years to see its sequel, Avatar: The Way Of Water.

In the film, Jake Sully (Sam Worthington) and Ney’tiri (Zoe Saldaña) have two sons, Neteyam (Jamie Flatters) and Lo’ak (Britain Dalton), and a daughter, Tuk (Trinity Jo-Li). They even adopted the Kiri (Sigourney Weaver), who mysteriously gestated in the womb of Dr. Grace’s (also Weaver) deactivated avatar, and took in Spider (Jack Champion), a human born and left in Pandora because he couldn’t join the great migration (read: excommunication) of humans.

But 15 years later after the conclusion of Avatar, the humans are back—with a vengeance. They (and a new team of avatar bodies hosting memories of fallen warriors, called Recombinants) wage war against Pandora, the Na’Vi and the Sullys. With no other choice—and honestly some naïve hope—Jake uproots his family to find shelter elsewhere.

They end up seeking shelter with the Metkayina clan, also known as the Reef People. It’s a whole different ballgame from their forest upbringing, and the Sullys must adapt quickly. You know, especially since the humans eventually sniff them out.

RELATED: No Longer The Grinch: These Christmas RomComs Never Get Old

Let’s get the obvious out of the way first: Avatar: The Way Of Water is a visually beautiful film. The 13-year wait was well-worth it. If you remember how the original film revolutionized visual effects, The Way Of Water will blow you out of…the water. (I had to.)

For all the action films that force 3D effects so you can half-feel like the bad guy is actually punching you, this masterpiece from James Cameron makes you believe that there actually is reason for 3D. Seriously, if you’re going to brave the holiday traffic to catch Avatar: The Way Of Water, do it right and pay a little extra for the full experience. It’s one thing to visualize the sea in all its glory; it’s another thing to feel like it’s completely enveloped you.

But does the film stand out beyond a pretty picture? The quick and hard answer is: yes.

For a film that runs for more than three hours, Avatar: The Way Of Water has enough of a storyline (and enough sub-plots) to keep you invested the entire time. If I’m being frank, Cameron could have cut this film into two parts (but he probably knew we were already tired of waiting, huh?).

How the Sullys re-learn everything they’re used to in order to live with and contribute to the lives of the Reef People was humble yet hopeful. How the Reef People welcomed them in and fiercely protected them was heartwarming. And the humans were assholes that you as part of the audience will want to punch them (the people in my theater clapped when someone lost his arm).

And really, the true genius of the film—because it’s not like anyone will win any acting awards from this—lies in the storytelling. You have a surplus of characters to explore, but each one gets just enough airtime for us an audience to understand and feel a connection with each of them. Yes, even little Tuk. And despite the obvious plot (we’ve seen the whole humans-are-capitalists-destroying-the-world conflict before), there are some pretty unobvious twists in the film, too.

I won’t give away any spoilers, but clearly some characters die in this film; they’re just not who you would expect.

Do yourself, your family and your 2009-selves a favor: watch Avatar: The Way Of Water before Metro Manila Film Fest kicks in.