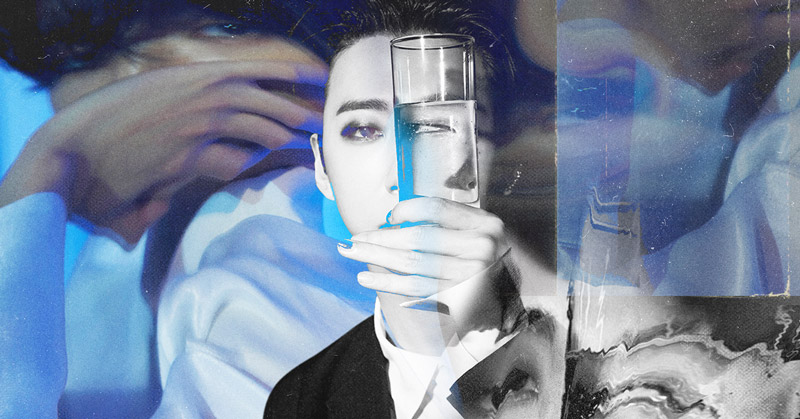 Bang Yongguk Shares Another Side to His Story with “2”

We catch up with rapper Bang Yongguk and chat about his newest EP, dream collabs and more

For many a K-pop fan, especially a decade-old one like myself, we often remember Bang Yongguk as the rapper with a distinct voice and colorful sound. From his feature with Song Ji Eun in Going Crazy, to his tenure as B.A.P’s leader, his signature baritone voice and punchy flows made him a force to be reckoned with in the industry. With each song he starts, raps and sings, many often transform into a battle cry that would soon become an anthem to K-pop fans aplenty.

Many things happened to Bang Yongguk in the past ten years. But, what many may see as a short timespan, a decade offers a lot of new ground to familiarize oneself with. After jumping over his own hurdles, both under the public’s watchful eye and behind-the-scenes, Bang Yongguk returns to one of his biggest passions: music. Now, he flies solo with a full-length album, runs an entertainment company and has a fresh new EP under his belt.

If his 2019 release, BANGYONGGUK, features his signature dark, heavy and fierce take on hiphop, 2 offers a different approach to the narrative he wants to share. Bang Yongguk made his presence known once again with the pre-release, RACE. It’s a rap track with rock elements puncturing his verses, a sound reminiscent of his earlier work with B.A.P. It was a powerful way to establish his new beginning in the industry.

However, he follows it up with the slow and albeit snappier Up, a song with a hypnotic and addictive instrumental. Up lets you get lost in the almost gentle thrum of the rhythm, a backdrop to his introspection. It’s quiet, sensual and will worm its way through your ears. Before you know it, you’re moving along to his flows. Safe to say that his newer releases show another layer to Bang Yongguk we ought to peel back.

Scroll ahead as we chat with Bang Yongguk about his EP entitled 2, dream collaborations and what he’s learned in the past decade in the industry.

Wonder: Your EP, 2, is the first body of work you have released since you established CONSENT. How were your preparations for this album? Was it any different from when you put together BANGYONGGUK?

Bang Yongguk: My first regular album, BANGYONGGUK, was strongly about the agony of the inner self. So I tried to make an easier approach to the music with this EP. It would be great to think of [2] as lightly unraveling the story, so I focused on a level of empathy rather than the pain itself when working on the EP.

W: Your previous work often stuck to hip hop’s darker and heavier sounds with a dash of pop synths. But for 2, you sampled a new genre—rock—as heard in G.M.T. and RACE. What made you want to explore these sounds this time?

BYG: The musical mix that I like is a combination of hip hop and rock sounds. It stood out the most in my music with B.A.P. I also applied this cross to G.M.T and RACE. So please regard it as a sound that I like and I’m confident [in], not just a new genre.

W: Shut Up is one of the newer songs from the EP. The track sounds more like old-school hip hop, the jazzy and bubbly kind, as you rap about wanting people to leave you alone. Can you share how the song came to be?

BYG:  I’m not talkative, and I tend to listen to others. However, I sometimes meet rude people and their [rude] stories. Shut Up is a song based on what I want to say to that kind of person. The theme went more aggressive and severe than I thought, so I tried to differentiate the sound from it. I think that’s why this song sounds cuter to me.

W: In the behind-the-scenes video for UP, you shared that you produced the songs of 2 with surrealism in mind. Why did you want to explore more of this concept with your music?

BYG: It’s because my last album was a particularly realistic one. I don’t think the songs on this album are surrealistic. But since the album’s concept was about my new ego, I explored surrealism with it. I made a new Bang Yongguk, but [another Bang Yongguk] doesn’t really exist. So that part corresponds to the idea of surrealism.

RELATED: (G)I-DLE Is Reborn with “I Never Die”

W: Speaking of UP, the music video appears to be still and sensual but eerie, contrasting against the song’s upbeat nature. You were bound, surrounded by masked ballerinas, and even trapped in a glass box. What made you want to use that concept for the music video, and how did it tie with the idea of unrealistic love?

BYG: Characters in the music video don’t express people or humans. Many audiences may focus on the figures, but the motive of our team was to show the inner side of the man who has fallen in love and is filled with desire. So actually, the characters reflect the longing inside and love’s cells. I made the setting with this topic [in mind]. As the music and the video ends with me looking back at myself trapped in desire, the music video itself shows off the idea of surrealism.

W: In BANGYONGGUK, you had a couple of features on board with Paul Given and Sogumm. Meanwhile, for 2, you flew solo. Moving forward, are there other artists and musicians that you want to collaborate with?

BYG: There are so many great artists in South Korea, so it’s hard to say. I would definitely want to collaborate with B.A.P members and hopefully with amazing rappers and talented idol group members.

W: You’ve already spent over a decade in the industry making music. So what’s the most significant learning you discovered as you went from K-pop idol, with a group to lead, to soloist?

BYG:  The fact that I need time for myself. The Korean entertainment industry usually doesn’t allow periods of inactivity, so it’s hard for the artist to get time to think about music and performance to a higher degree. I think it’s essential for artists to have time to empty themselves as they work hard. That time would bloom their talents more. They are the ones who like music, and they will keep performing even after the term of a contract. So giving ourselves a break would be great.

W: Lastly, do you have any messages for your fans in the Philippines?

BYG: I wish to meet fans in the Philippines as soon as possible. I am always grateful for your love and support. It’d be great if you could love and support my latest EP, too. Thank you.

RELATED: Healthy Habits For Your Well-Being

Stream Bang Yongguk’s EP “2” on digital streaming platforms. Keep tabs on what he’s up to by following Bang Yongguk on Instagram and Twitter.