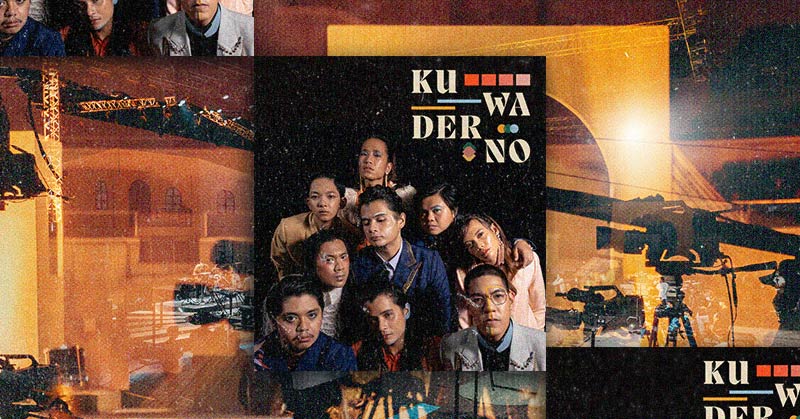 Ben&Ben Are Expected to Push Artistic Boundaries in ”Kuwaderno”

As online concerts continue to become the new way to enjoy music, many musicians and artists reimagine their art for the stage. Whether collaborating with different artists or getting inventive with their live performances, artists like Ben&Ben bring their A-game when they create. This holds true for their first major concert, Kuwaderno: A Ben&Ben Online Concert. The show will run from 8PM to 11PM on December 5, 2021. Viewers from all around the globe can catch the show via the streaming platform KTX.

Described as an “audio-visual spectacle,” Kuwaderno intertwines different art forms, such as theatre and dance, to bring Pebble House, Vol. 1 Kuwaderno to life. In the official press conference, Ben&Ben shares that they continuously innovate and give Kuwaderno twists and turns, some that they’ve never experienced themselves either. “Yung proseso ng pag gawa [ng innovations], hindi siya naging madali (The process of doing [innovations], it wasn’t easy). Pero with how it’s coming together so far, astig (cool). Kasi, kami mismo rin na-su-surprise sa kung ano yung combination or fusion ng mga bagay (Because we also get surprised with the combination or fusion of elements.) Kakaiba siya (It’s unique). Special!”

Since Pebble House, Vol. 1 Kuwaderno describes the ups, downs and the rise above the chaos of the pandemic, Ben&Ben thought that the safest and best way to capture the same feeling is through an online format. Nonetheless, the band still yearns to perform live with their fans in the crowd. For Paolo, holding their first major online concert at The SMART Araneta Coliseum feels bittersweet. “It’s sweet, of course, to recognize that all of it has been leading to this point. But it’s also bitter because we would have definitely loved for Liwanag, for everyone who’s been there with us since we became a band, na makasama namin sa isang venue (to be with us in one venue).” But it’s this separation that pushes them to make Kuwaderno a memorable and one-of-a-kind show.

Viewers can expect special stages with the band’s friends, such as the artists featured on the album. But aside from fellow musicians, the band also collaborated with top-notch creatives. From co-directors Paolo Valenciano and Maribel Legarda to veteran light designer Shakira Villa-Symes and the talented Philippine Theatre Association (PETA), one can almost already see the different schools of thought intersecting. We are yet to hear further details about their guest performances, but knowing Ben&Ben’s impeccable knack for collaboration, this is a show worth waiting for.

RELATED: Billie Eilish’s ‘Happier Than Ever’ Concert Film To Premiere On Disney+

If you need more convincing, the band says that the entirety of the concert tells the story. So if you miss a song, you might miss a link in the narrative of Pebble House, Vol. 1 Kuwaderno. Miguel shares, “May elements ng theatre, may elements ng dance, ng ibang kind of performance ng music (There are elements from theatre, elements from dance, from a different kind of music performance)—they’re all tied together in a story.” To which Paolo interjects, “Para ka ring nanonood ng movie (It’s like you’re watching a movie).”

It’s not too late to get tickets to Kuwaderno: A Ben&Ben Online Concert! Prices range from P800 to P8000, depending on the tier you purchase. Buy your tickets via KTX.ph.