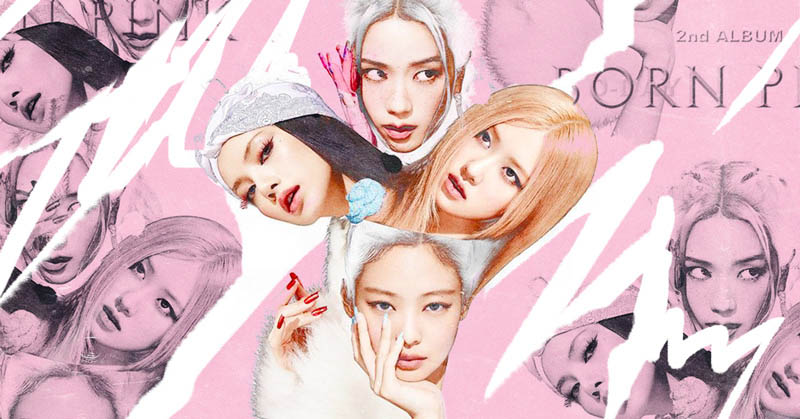 BLACKPINK Enters Their “Fuck It” Era with “BORN PINK”

Honesty hour: A few years ago, I considered myself a contemptible K-pop snob. I thought to myself: why should I listen to music I couldn’t actually understand? The overtly saccharine pop music blared through my brother’s gaming PC, as background music on viral videos on the internet and inside every establishment—almost like when Jose Mari Chan starts playing everywhere when the ber-months kick in. I could not escape it.

K-pop made passionate armies (pun intended) out of unassuming individuals, and I did not want to get sucked in. I was fine with my tita music from the ‘80s, content with somber indie tunes from the likes of Band of Horses and Mumford & Sons playing in my neighborhood Starbucks Reserve. Yet life was bleak, and something seemed to be missing. I found the answer after viewing the Netflix documentary BLACKPINK: Light Up the Sky. Life was never the same again, and I have to thank Rosé, Jisoo, Jennie and LISA.

As a recently converted K-pop stan (who was definitely in denial at first), I had a lot of catching up to do. BLACKPINK’s THE ALBUM was the soundtrack of my pandemic—emblematizing all the curveballs thrown at me during the most isolated period of my life. When mornings were too difficult to get through, I had BLACKPINK’s short yet sweet discography playing loudly to get me through another long day working from home.

Shortly after that, I became obsessed with their styles. Jisoo embodied the contemporary Dior woman; Jennie dressed in black-and-white Chanel (underneath was Calvin Klein underwear, most likely); LISA sported head-to-toe CELINE; and Rosé draped herself in the latest luxury garb from YSL.

With the release of BORN PINK last September 16, devoted BLINKs had a reason to rejoice. We were, yet again, sucked into the world of the highest-charting Korean girl group of all time, accompanying them to their decade-long ascent to global domination.

BLACKPINK’s sophomore studio album titled BORN PINK refers to their identity, “which is never ordinary” and “[exudes] a fatal aura.” Right off the bat, there are no pop star collaborators unlike 2020’s THE ALBUM, which features Selena Gomez (Ice Cream) and Cardi B (Bet You Wanna). Well, we’re not exactly complaining—though it would have been the *best* surprise if Taylor Swift cameoed, now that we know she’s also a certified BLINK.

With more mature topics and overtly explicit lyrics, the K-pop quartet is entering an exciting era. They’re growing alongside their audience, shameless about their collective truth while refusing to get boxed in, especially within a notoriously cutthroat industry.

From the eight-track album, here are the songs, which stood out from the rest:

With 167 million streams on Spotify and 324 million views on YouTube as of writing, we’re definitely not imagining the hype around BLACPINK’s Pink Venom. Their pre-release single highlights Jennie and LISA’s rapping skills, with unmistakable hip-hop beats to boot. You can also hear the traditional Korean instrument gayageum (a pluck zither with 12 strings) playing in the beginning, cementing their roots despite their international fame.

In Shut Down, BLACKPINK samples one of the most famous pieces in classical music—Niccolò Paganini’s 1826 violin melody La Campanella—maximizing “the dark and mysterious aura the original song embodies.” The K-pop quartet is unfazed by all the negativity that came with their hiatus and shutting down all the haters. If we learned something from BTS as of late, even the brightest stars need rest.

In true BLACKPINK fashion, the songs take on the perils of falling in love, much like their chart-topping single from the past, Lovesick Girls. Yeah Yeah Yeah, co-written by Rosé and Jisoo, speaks about the experience of wanting to know if someone likes you back. Though overthinking is the worst, the girls make a pretty dancey, synth-pop anthem out of it, perfect for your next time clubbing while you drown your sorrows away with hard tequila.

Hard to Love contrasts the melancholic sound of The Happiest Girl—the most somber from the tracklist. Rosé revisits her R era with an upbeat single, which speaks about pushing away a (potential) lover to save them from pain. After the success of On The Ground and Gone, we’re not surprised that the third official solo track of BLACPINK’s main vocalist slaps hard.

RELATED: BLACKPINK Rosé’s Debut Goes Back to the Basics

As the song with the most explicit lyrics on the album, Tally is definitely my cup o’ tea. With lyrics like “I say ‘fuck it’ when I feel it, ‘cause no one’s keeping tally,” the single is as empowering as it is fierce, especially for highly publicized figures expected to act a certain way all the time. It definitely humanizes the members of the group, getting rid of that typical prim and proper K-pop stereotype.

While we’re still wishing that BLACKPINK’s second full-length album could have had more singles, it surely doesn’t lack pop star energy. With the short yet sweet tracklist, it spotlights each member’s strength and highlights their collective reality.

In collaboration with Spotify, BLACKPINK will be giving all users—free and premium alike—the ability to listen to their highly anticipated BORN PINK album for free, for as many times as they want, and in any order they wish for the first week of release. Stream it here.