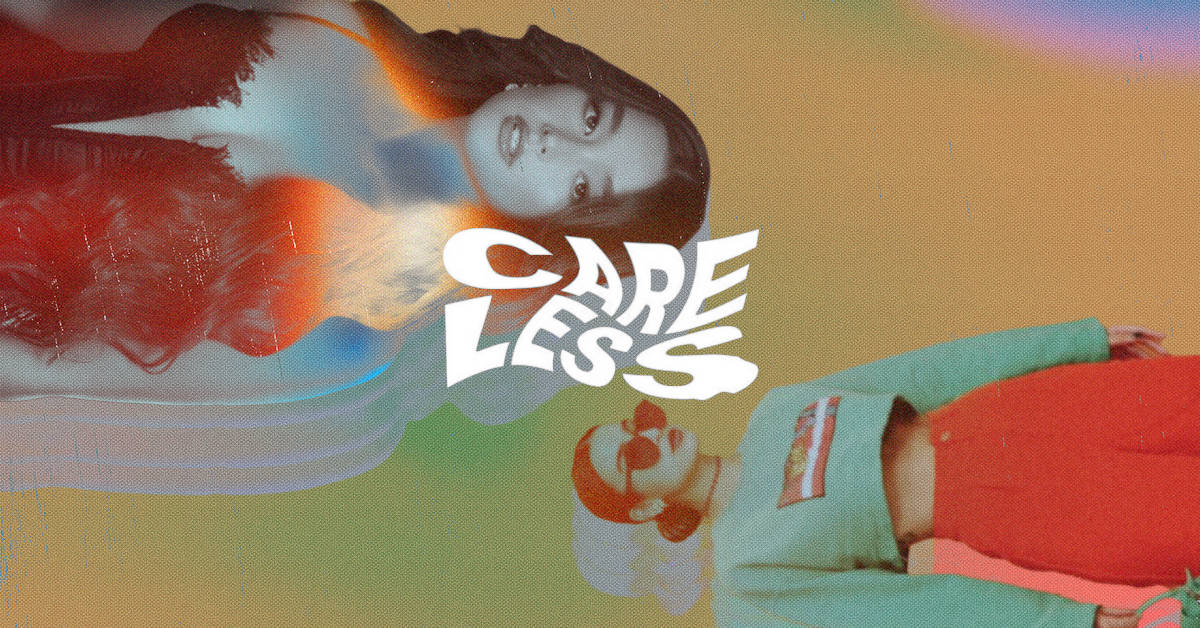 The cats are *officially* out of the bag for a while now.

Liza Soberano Looks Forward to the Next Big Thing

Liza Soberano breaking away from the traditional showbiz scene has been talked about for a while, but seeing her joining the entirety of Careless onstage materializes the chatter. While James Reid joked about Liza hiding killer vocal pipes, her focus with the company still zeroes in on acting. However, many people are curious about what pushed the actress to pursue a journey with Careless. She explains, “I’m looking for personal growth for my career.” Liza adds, “I’ve been working in the industry for 12 years now, and I’ve been working with the same set of people. Not to say that I’m not grateful enough or haven’t achieved so much by working with them. But as I got older, I started discovering who I really was. And I wanted more control over how to express that.”

The actress finds working with fellow young artista James Reid “a lot of fun.” Liza Soberano explains, “He relates to the same sentiments as me when it comes to creative expression, and that’s actually what made me excited to work with [him]. Because I feel like no one in the industry understands what artists go through than your fellow artists. And so, he’s pretty chill and lets us do whatever we want.”

Looking forward to her new beginnings with Careless, Liza Soberano’s thrilled to see what they can achieve together. “In the short time I’ve been working with them, they were already able to get me three steps closer to where I want to be with my career. I know they really listen to me, and I’m important to them. It’s exciting to know that I have a family and a support system willing to push my dreams, even though it’s not necessarily what they have envisioned in their minds.” However, she emphasizes that she and Careless always see eye to eye. She adds, “I’m just so excited to work with cool young creatives. We all learn from each other, we all grow together—it’s just always a fun time.”

Issa Pressman has grown to become a force in the creative industry. She’s established multiple brands while creating top-tier content that makes us double tap. But, as it turns out, Issa has always wanted to sing. This birthed her two single releases: Monkey Business and a feature on Marcus David’s Losin’ A Grip. She recounts her best friend Keiko Foxx playing the song during her birthday party, to which James Reid asks her, “Do you have a label already?”

Of course, the decision wasn’t easy for Issa Pressman. Given her busy life with multiple businesses and engagements, Issa believed that committing to music required her 100%—which needed more time. But then she intimates, “If there is a label and management who believes in me and trusts in my talent and skill, I would love to get their help and get their support. So that would help me give my 100%.” Finally, Issa expounds on her “Aha!” moment: “My heart and my love are there—sayang naman (what a waste).”

It’s refreshing also to discover that Issa Pressman feels self-assured with the sound and direction she hopes to take. While she believes that her sound and style will develop naturally, she feels no pressure to find the magic formula to make a smash hit. She cites her previous independent releases, “I think the reason why you could kind of see authenticity in [Monkey Business] and [Losin’ A Grip]—and hopefully I’m showing originality by showing my heart and soul [in] it. It’s because it’s something that’s super me. I didn’t have a peg [or] an inspiration—it was a story that I wanted to tell, it was a beat in my head and it was with people I wanted to work with. I was just like, ‘I want to do what makes me happy and something that’s me.’”

We may be halfway into the year, but Careless Music and Entertainment’s new reign has just begun. The world can look forward to many, many more things from, not only Liza Soberano and Issa Pressman, but from the entire Careless family.