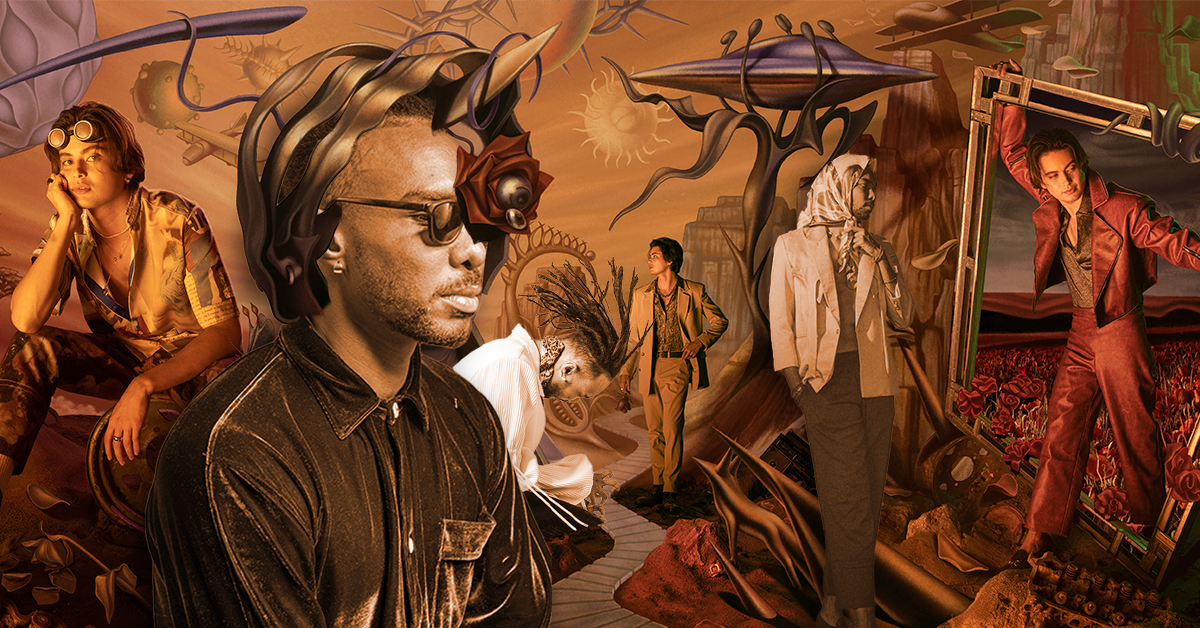 The multimedia project readies the slate for the new year

CARELESS MUSIC has launched a full-scale collaborative multimedia project to cap off 2021. In a first for the group, the independent Filipino record label enlisted a full roster of Filipino creatives to translate the year in music into stunning visuals. At the center are two of its artists: James Reid and Massiah.

Lensed by photographer Jan Mayo with Marc Yellow on board as art director, the release, according to the handpicked creatives, was an immersive exercise in full creative freedom. With Reid’s hit single Soda as an anchor for the project’s main concept, they were all given free rein to craft their own interpretations, also taking into consideration Reid’s succeeding releases like the pop-rock summer anthem Crazy and pop-funk track Hello from June.

RELATED: An Inside Peek: Welcome to Island City

On bringing this shoot to life, Mayo shared: “There was a whole team behind this that contributed ideas during the whole process, from start to finish.” For CARELESS, this meant pulling out all the stops, bringing in production designers PJ Almera and Diandra Muassab, hair and makeup artist Mac Igarta, and fashion stylist Gee Jocson. Illustrator Wika Nadera, meanwhile, was also tapped for the project along with animators Valeria Bolival and Chesleigh Nofiel. “Everyone was willing to collaborate,” added Yellow. “There are no bad ideas, just pure passion.”

The collaboration resulted in a sci-fi-meets-retro future spread that comes in stills and an animated version.

For CARELESS MUSIC’s resident rapper Massiah, the year in music was equally promising. The artist released a slew of new singles throughout the latter half of 2021, ultimately propelling himself as one of the local music acts to watch.

His trilogy of singles, Stay With Me, Paid For It, and Higher, reintroduced his distinct rap style set to tropical beats. In a press release, CARELESS MUSIC said: “For these songs, Massiah was proudly inspired by his roots of growing up surrounded by a mix of nature on an island in the Philippines and the rich African culture of Ghana. Even the music videos that came with each release were all shot on-location at his home island with a full-on tropical vibe directed by the artist himself.”

Calling on the same pool of creatives, CARELESS took the exclusive visuals for Massiah in a different direction. In this set, a “wilderness playground” of sorts plays out, taking inspiration from the rapper’s unique cultural background. “We noticed that [Massiah] likes to explore nature,” said set designer PJ Almera. “In a way, we recreated that but tapped into the Ghanaian landscape with a familiar nostalgic atmosphere.”

The self-produced project resets the stage for Reid and Massiah, both as individual artists and ones signed on with CARELESS. With the release, the hope, too, among fans is that there are more creative collaborations similar to this in the pipeline.

Explore all the layouts on the official @carelessph Instagram, as well as the pages of @james, @massiah__ and all participating creatives.