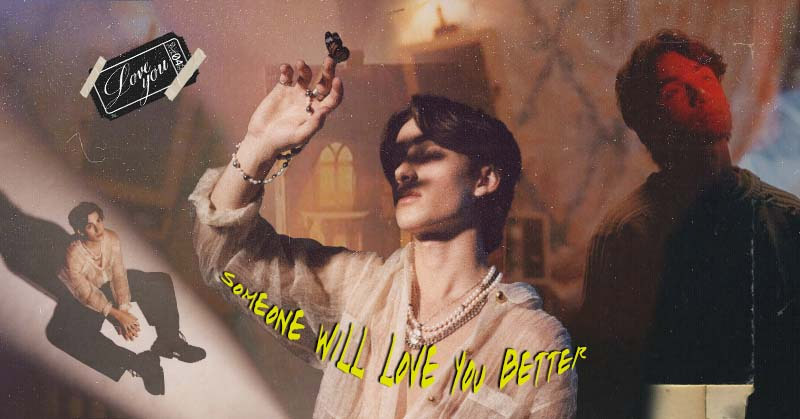 Johnny Orlando is more than a “social media artist”

Having your whole childhood on the Internet might be awkward for some. But in the case of Johnny Orlando, his YouTube channel provides an insightful map of his growth. First, he began uploading song covers with his sister as “JohnnyOsings” at the age of eight. Thereafter, what started as a regular hobby for the Canadian singer-songwriter slowly became a passion he hoped to pursue full-time. “I think when I was about 11 or 12, I was like, ‘Okay, let’s get a little more serious here.’ That’s when we decided to spend money on recording, making original music and music videos,” shares Orlando in an exclusive interview with Wonder.

Looking Jonny Orlando up, may it be on YouTube or Spotify, would yield his extensive discography. At age 12, he released VXIIXI, an EP that explored the genre of teenage pop. His songs and young voice were reminiscent of younger Justin Bieber. But after all, the only thing constant is change. As he grew older, so did his sound, style and perspectives on love. His 2019 EP, Teenage Fever, shows Orlando coming of age, not only through lyrics but also through a brand new sound.

RELATED: Salem Ilese on Breaking Out and Her Hyperspecific Songs

Now at 19 years old, Johnny Orlando continuously evolves as a musician. His recent releases explore dashes of smooth and buttery R&B in Adelaide, soaring electronic influences in I Don’t (with DVBBS) and funky hooks in Daydream. While discussing his musical influences, Orlando cites rap music, specifically early Kanye West, that often guides his beats and drums selection. “Content-wise, it’s still pretty pop[-like]. The stuff that I talk about is mostly [about] girls and lighter things,” he explains. But if he were to name artists he took cues from, he’d point to Kanye West, Drake, Justin Bieber, Shawn Mendes and The Weeknd. Orlando adds, “I like taking little pieces of people’s game and using them as my own.”

His influences shine through in his latest single someone will love you better. The soft, piano-led pop ballad perfectly sets the backdrop for his sweet but sorrowful croon. Orlando explores a deeper side to pain and romance, perfectly encapsulating one of the most painful breakups: falling out. It’s slow and quiet, resulting from a buildup of personal changes that make you incompatible with each other. The care could still exist, but not exactly to the same degree it used to be. Some feel guilt, too. After all the time, energy and effort spent to keep the love thriving, they see it fizzle out. Nonetheless, someone has to make a choice.

RELATED: ​​5 Spotify Podcasts to Tune Into This Year

Orlando wrote someone will love you better inspired by a true story. He took inspiration from his girlfriend’s brother, who experienced a gradual fallout with his ex-girlfriend. He expounds, “The whole thing was interesting. How can you be so in love—or rather infatuated—with somebody, and a couple of months later, you lose interest? So we decided to write a song about it.” The result, of course, brought to life one of Johnny Orlando’s most emotive songs yet.

If he were to name the biggest struggle in his career, Johnny Orlando points out proving his legitimacy as a singer. “I started on YouTube when I was eight. So, a lot of people would say, ‘Oh! [You’re] a social media artist.’ But I did social media as a means to get my music out there and not as my first priority. So getting people to wrap their minds around that was pretty difficult,” he expresses. However, he also credits having a label and numbers that help him cement his credibility as a singer-songwriter. He adds, “My monthly listeners are doing pretty well so when people see it, they’ll say, ‘People *actually like him for the music.’”

RELATED: Nine New Tracks to Check Out on Spotify: May 2022

Chatting with Johnny Orlando and having the privilege to hear what he has to say beyond his music lyrics prove that he’s a one-of-a-kind artist. Despite being in the industry for almost a decade, he knows that there’s more ground to explore and cover. The sky’s the limit to what else he can achieve, and we can say that he’s got nowhere to go but up.

Listen to Johnny Orlando’s “someone will love you better” on all streaming platforms. Keep tabs on the singer by following him on Instagram, Twitter, YouTube and TikTok.