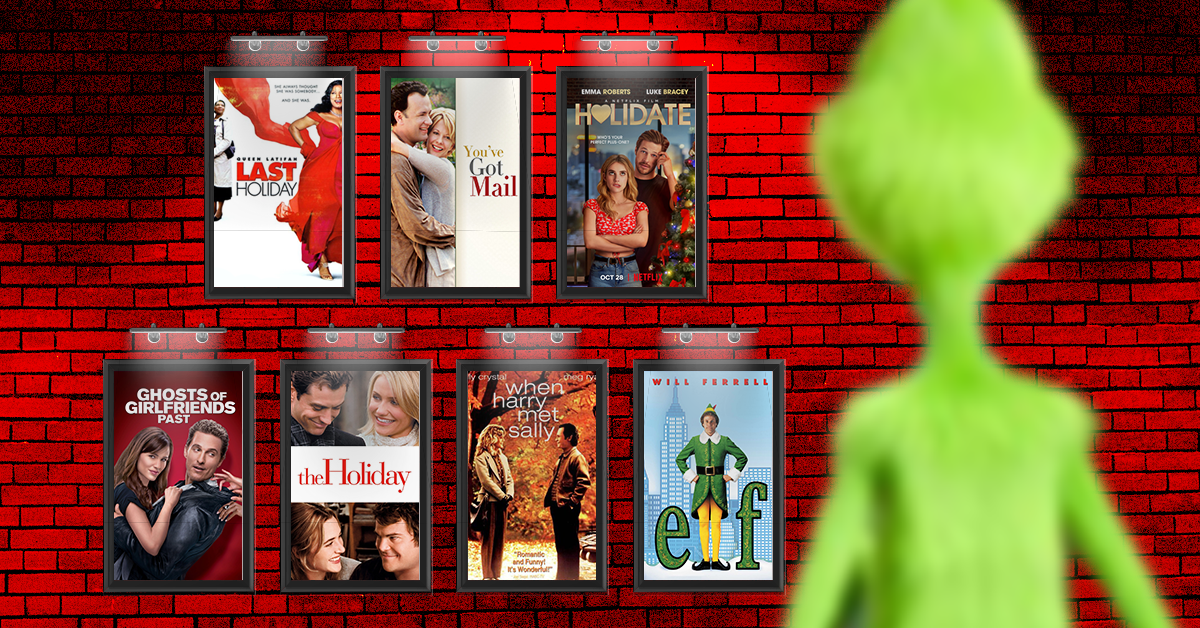 No Longer The Grinch: These Christmas RomComs Never Get Old

It’s no secret that, for a multitude of reasons, the holiday season isn’t for everyone. We can chalk it up to the lack of fondness for all things merry and bright, uncomfortable histories with Christmas or, for most of us, the fact that the season stands as a chilly reminder of our romantic loneliness. We already dread arriving to Christmas gatherings where 70% in attendance are lovey-dovey couples. Standing strong as the sole person without a plus one invites unsolicited advice. We’d probably be millionaires if we got paid for each piece received. But at least we have Christmas romcoms to soothe that pain, right?

If you remain unconvinced about it, we bring you this list of Christmas romcoms that will definitely tug at your heartstrings. Some might be a little older than us *cough*, but these never, ever get old. We guarantee you’ll be a little less like The Grinch by the end of your watching session. That, and probably see a little progress in thawing your ice-cold heart. Enjoy!

For the perfect bridge between Christmas and New Year, watch When Harry Met Sally. In 1977, fresh grads Harry Burns (Billy Crystal) and Sall Albright (Meg Ryan) found themselves sharing a car ride debating whether men and women could or could not stay as platonic friends. 10 years later, the two reunite again in a bookstore with their best friends Jess (Bruno Kirby) and Marie (Carrie Fisher). Of course, Harry and Sally try to remain friends without sex getting in the way…but you know how the story goes.

Kathleen Kelley (Meg Ryan) runs a small bookstore and finds herself struggling with the business as corporate chain Fox Books, owned by Joe Fox (Tom Hanks), moves in across the street. Little did they know that they would learn to know each other all too well, thanks to their intense—but anonymous—email romance. Once Fox discovers his mail buddy is actually his business rival, he has to reconcile his IRL disgust with his online love. This Nora Ephron Christmas romcom remains a true classic even beyond the season.

You can find and watch “You Got Mail” on Apple TV+.

RELATED: 20 Thoughts While Watching Queer Christmas Rom-Com ‘Single All the Way’ on Netflix

A young baby crawls into Santa’s sack of gifts and grows up to be an oversized human being in his workshop filled with elves. Due to his large size, Buddy (Will Ferrell) struggles to fit in. So he journeys to New York in search of his real and human father and family. After a DNA test, it turns out to be cynical businessman Walter Hobbs (James Caan) who reluctantly takes the childlike Buddy under his wing, leading to a handful of chaotic results.

Before you clock us for calling this a Christmas romcom—Buddy and Jovie’s story add the lovely spice to this hilarious Will Ferrell film, okay? Okay.

Rekindle your love for Christmas with “Elf” on Netflix or Apple TV+.

How could we make this list without the Nancy Meyers classic? Two unlucky-in-love women, Iris (Kate Winslet) and Amanda (Cameron Diaz), decide to swap homes in each other’s countries for the Christmas season. While they expected to bask in their heartbreak in a new location, the two somehow find themselves meeting (read: meet-cute-ing) local guys and receiving a much-needed romantic recovery. Will their honeymoon eras last? Well, only watching it will let you know.

Relive the joy of these meet-cutes by streaming “The Holiday” on Netflix, Apple TV+ or Prime Video.

The discovery of a terminal illness and a deadline of three weeks to live push introverted saleslady Georgia Byrd (Queen Latifah) to realize that she has been living an extremely cautious life. She then quits her job, siphons her life savings and sets out for a dream life in Europe. Skiing, snowboarding, expensive massages and a whole new look—Georgia is a new person. Her new unabashed personality charms everyone she comes across, such as world-renowned Chef Didier (Gérard Depardieu). But despite it all, she still longs for her crush, Sean Matthew (LL Cool J).

Go and stream “Last Holiday” on Netflix or Apple TV+.

RELATED: Crafting The Anti-Christmas Playlist, For Those With The Holiday Blues

A Christmas Carol meets slapstick stupidity in Ghosts of Girlfriends Past. Serial womanizer Connor “Dutch” Mead (Matthew McConaughey) makes his way to his brother’s wedding. The reunion also includes an awkward reconnection with Jenny Perotti (Jennifer Garner)—the only girl who caught his heart. All of a sudden, he gets a visit from all of his old girlfriends, reliving his past relationships to see what went wrong. It’s up to Connor to see if he can still make up for it in the present and, perhaps, change the future.

Catch “Ghosts of Girlfriends Past” on Apple TV+.

As much as we love the classics, we also love our modern Christmas romcoms. TBH, this might be on its way to becoming a classic.

“If you can’t beat ‘em, join them.” That’s the motto that Sloane (Emma Roberts) and Jackson (Luke Bracey) follow for The Holidate. The two Christmas (and holiday) haters find each other during one of their worst Christmases. After then, Sloane and Jackson agree to become each other’s “holidate” for each festivity of the year: Easter, Cinco de Mayo, Fourth of July—you get the picture. But after spending a handful of fortunate and unfortunate events together, they must face the music and realize that what they hate about the holidays is what made them love each other in the first place.

Watch “The Holidate” on Netflix.

RELATED: Feeling Like the Grinch? Here’s How to Get Into the Holiday Spirit

If you need more *manifestation* fuel for the off-chance that you get a Christmas romance, take this quiz.