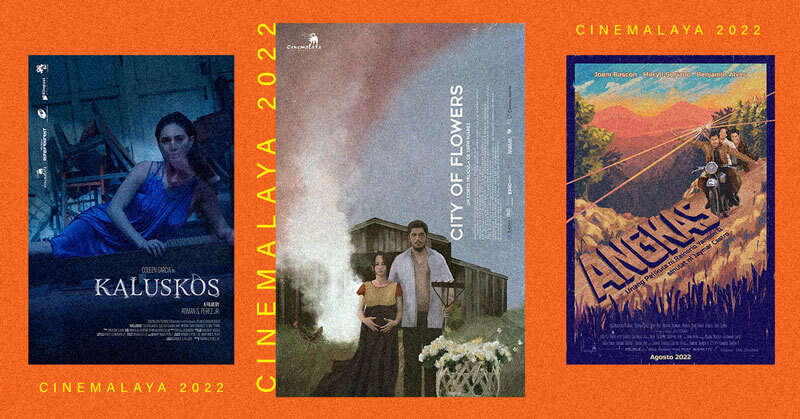 Cinemalaya 2022 is back and bigger than ever!

After a two-year hiatus, the highly anticipated Cinemalaya Film Festival is back! Committed to the development and promotion of Philippine independent films, the Cinemalaya Foundation recognizes the work of filmmakers both in the full-length and short film format.

Here are titles we’re looking forward to seeing on the big screen:

A deaf couple learns that it is not their inability to speak or hear that tears them apart.

Deaf couple Miguel and Nat have been struggling to keep their marriage afloat. After a huge fight, Miguel leaves his wife in Manila and decides to live in Baler with their kids. As he starts a new life, Miguel is reminded about the reasons why he married Nat though his family’s relentless stories about how modern a woman Nat is, and how he failed in so many ways to recognize that he fell in love with a younger deaf woman. One Christmas Eve, Miguel finally makes a move to tell Nat everything she needs to know.

Leo is not just an ordinary habal-habal driver. He is the resident ambulance and delivery man in a remote village in Compostela Valley who is hired to transport the dead down the mountain. One day, his estranged friend Miguel appears on his doorstep and insists on joining Leo in fetching the corpse of Ditas, their childhood friend who was a rebel pursued by the military. As Leo and Miguel embark on a dangerous journey in a habal-habal, their fragile friendship will be tested, and they will encounter danger only to be saved by an unlikely hero.

A woman relieves the heavy burden from her past when she finally exacts revenge on the man who murdered her entire family.

When her entire family perishes in a motorcycle accident at a rough highway in Maasin, Iloilo, Sara crashes into a deep depression, which is gradually replaced by an overpowering need to avenge them. Believing that her husband and daughter were murdered, she searches for the man who killed her entire family to find some closure. But at the end of her journey, she untangles something she did not quite expect: a discovery that could profoundly change her entire life.

Two young siblings go on a fantastical adventure to satiate their much-coveted and delectable craving for batsoy.

After selling firewood for their basic needs, siblings Toto and Nonoy go and buy batsoy, the food that the younger brother has been craving the most. Mt. Manaphag, which faces the town of San Dionisio, becomes the silent witness to their journey to satisfy their craving. Their adventure will ultimately bring viewers to a world of magic, fantasy and reality.

As Zamboanga City celebrates the Feast of the Nativity of Mary, couple Elena and Nasser try to survive the devastatingly low yield of their flower farm and raise money for the birth of their first child. As luck would have it, Nasser gets invited to join a peace rally in exchange for some money—a solution to their problems that is too good to pass up.

A mother-son reunion leads them to confront forgotten relationships.

After working overseas for seven years, a mother returns home to her son. The abrupt reunion forces the pair to face up to their estranged relationship.

A girl resists her childhood home’s attempts to destroy her using her own personal history.

The world is about to end, and Maya is forced to go home to Zambales. There, she confronts her childhood house that terrorizes her as frogs rain outside.

RELATED: An Ode To the Channels That Speak Pride After Pride

We can’t wait to see the diverse entries from this year’s Cinemalaya Film Festival. To see the full list of schedules, visit cinemalaya.org.