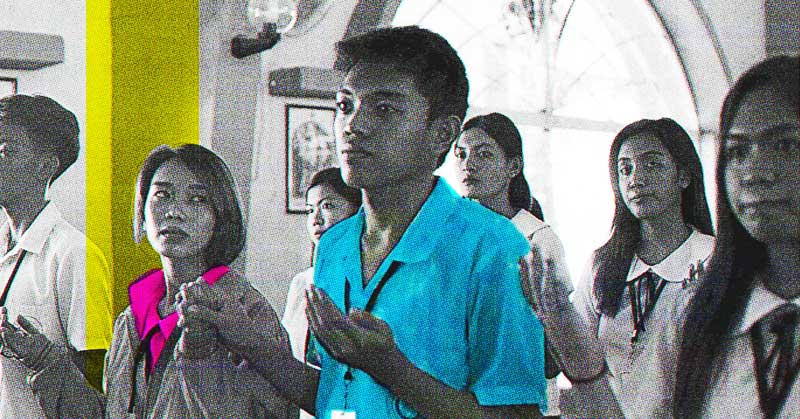 If you don’t know these stories, did you even really grow up?

If I may be frank, I didn’t pay much attention to Cleaners until I, along with other privileged individuals, entered a Zoom room for its early screening. I had heard about it, of course, but it didn’t sound much more than a novel movie that was trying to be just that: novel.

Big stuff, but Cleaners is a bigger film that dresses itself in unassuming clothing.

I could talk about the visual impact of Cleaners, and how piecing together thousands of printed sheets of paper added to the nostalgic feel of the film. I can mention how the highlighted color blocking of each central character—and how those colors sometimes mixed—was an absolutely genius move that plays on the mind so simply that I wonder why I haven’t seen it before. If you’d let me, I’d go on about how I understand why Director Glenn Barit fought for his vision.

It works. I don’t know how and I could never give the equation and this can never be replicated, but it just works.

This is the part when I talk about the score, the meticulously picked music that accompany the scenes and help them unfold. This is when I talk about how some OSTs help define a moment in time, and how that of Cleaners deserves a spot with our favorites. Just imagine: Typecasts’s The Boston Drama playing as a trio of emo boys—complete with the eyeliner and sidebangs that make our millennial hearts flutter albeit with a little embarrassment—dance the Tinikling.

Here’s another thing I would have liked to discuss: the raw talent of the young actors. Intentional or not, their collective performance was both awkward yet endearing. As their characters’ stories unfold, you remember that teenagers have more layers to them than they present. They are not just germaphobes or a politician’s son, they are not just the class president or an out-of-wedlock mother. They’re more, even when they’re still trying to figure themselves out.

But if I went on about all of that, then I couldn’t tell you about why Cleaners really is a gem of a film. So let me do that now.

The real novelty of Cleaners is in its ability to find impact in the most mundane experiences—and balancing these with instances that push us to define ourselves. It jumps from a girl taking a shit onstage to a teenage mother questioning her school’s decision to suspend her but not the father of her baby. It goes from boys growing out of—or was it making the most out of—their stereotypes to a highschooler choosing between carrying or ending his family’s line of corruption.

It’s in the seemingly silly, almost trivial moments in life that shape us. And Cleaners is everyone’s story.

Stream Cleaners on UPSTREAM now while you have the chance. It only runs until December 6, 2021, and trust me when I say you’ll want to rewatch it.