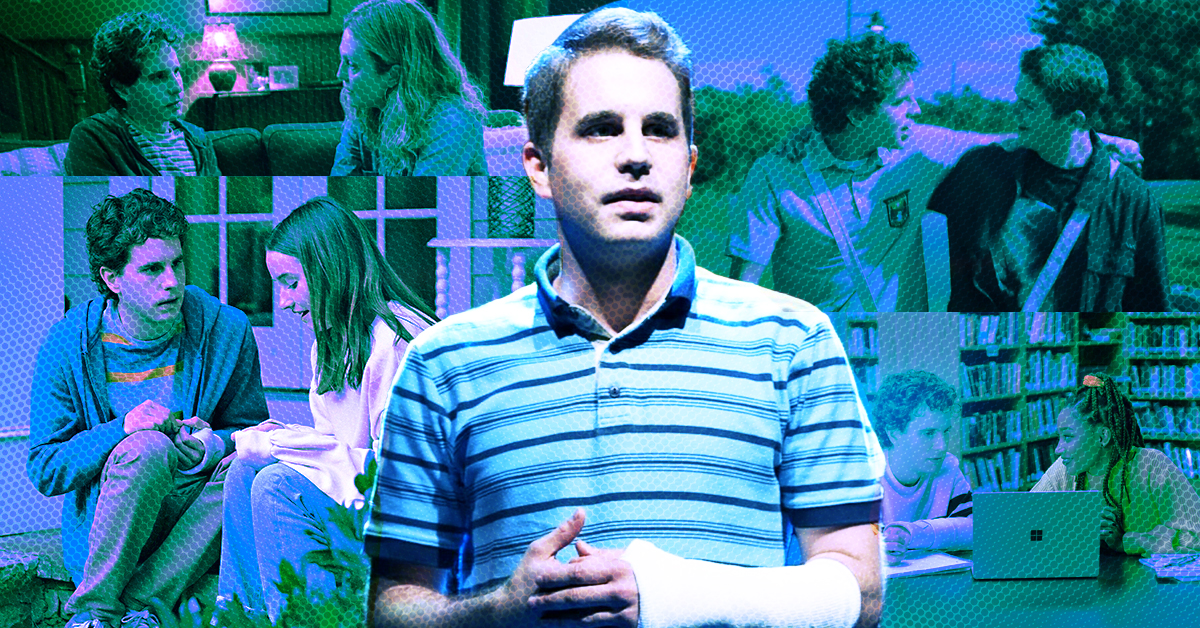 A Dear Evan Hansen review, but before that the debate over turning theatre plays or novels into movies is always tricky. Everyone expects the new medium will live up to the grandness of the original. If it lacks the little details that hooked its followers, then forget about it. On the other hand, production teams need to meet fans’ expectations and ensure adaptations also live up to the hype. If they don’t, they get trashed. Hard. Let me put it this way: on one side of the musical-to-film spectrum, you have the great titles of Mamma Mia and Rent, and on the other, you have, well… Cats.

For Dear Evan Hansen, I’m not too sure where it lies. Coming from a Tony Award and Grammy Award-winning musical by Benj Pasek and Justin Paul, masterfully adapting the performances and the story’s weight seemed like a huge task. The film adaptation of Dear Evan Hansen also marks Stephen Chbosky’s return to the director’s chair since Wonder (2017) and The Perks of Being A Wallflower (2012). So it seems pretty fitting that Chbosky leads another coming-of-age production as he’s managed to encapsulate the inner psyche of a teenager, ones as complicated as Charlie and Evan.

RELATED: Disney’s “The Aristocats” Is Getting A Live-Action Adaptation

Dear Evan Hansen follows the story of teenager Evan Hansen (Ben Platt), who suffers from social anxiety but longs to find belonging. In an effort to cooperate with his therapist, Evan writes a letter listing things that will make the day good. But it falls into the hands of Connor Murphy (Colton Ryan), who storms out with the letter. Unfortunately, Evan finds himself caught in a complicated situation when the Murphys find his note and believe it was Connor’s last words before passing. Throw in the chaos of social media into the mix, you get a formula for disaster. Imagine having to carry a lie that snowballed into a movement. How do you navigate such a sensitive situation when a grieving family sees you as the only connection to the one that they lost? But instead of coming clean, Evan finds an easy way into what he wanted: a family that was actually present.

Technicalities-wise, yes, the cast retains the soaring magic of the original musical score in Dear Evan Hansen. Their performances are applaudable, even if then 26-year old Ben Platt looked too old to be in high school. So if you enjoyed the musical for its songs, the film will not disappoint. Each piece and sequence leaves you moved with their performances, such as Amandla Stenberg’s poignant Anonymous Ones and the pivotal scene for You Will Be Found. As one of the lighter and more comical pieces, Sincerely, Me also translates the comedic banter between Jared (Nik Dodani) and Evan while working on a narrative about Connor. (Not going to lie, I would’ve laughed more if they weren’t making up a personality for a classmate who just passed.)

But if we’re talking about the story and exposition, the discussion gets trickier.

Here’s the thing: Dear Evan Hansen’s premise is, was and will be questionable for many regardless of its medium. Plus, there’s a seemingly lack of deeper analysis on mental illness, specifically on Evan’s and Connor’s conditions and growth. It’s uncomfortable—sometimes unnecessarily so—because who would let lies snowball into such an enormous burden? Who in their right mind would make up an entire personality for someone he never knew?

But that didn’t make me lose all hope for the film. Because as much as Evan played into the lie so much, underneath it all was just someone who was begging to belong. He learned the lesson from You Will Be Found in the most brutal way imaginable, and maybe that’s what the story meant to teach us the entire time.

I guess my gripe with the film is that many critics and fans fall back onto the dichotomy of categorizing Dear Evan Hansen as plainly excellent or bad. For me, it exists in a gray area, where it teaches lessons while missing others. It’s not the beacon of mental illness awareness as previously touted, but it makes a considerable impact. After all, many find its songs uplifting when they also want to be found. They see comfort in Evan’s flawed character. They probably see themselves in the vulnerable positions of the Murphys. So despite it taking one wrong turn after the other, I can’t deny that it has taught lessons, either by explicitly stating them or challenging audiences to learn by looking for what’s missing.

TL;DR: give Dear Evan Hansen a shot. It’s a messy and uncomfortable cautionary tale about lies. It’s a movie that depicts the complications of grief and how we grapple at strings as we navigate our journey with it. The only expectation you should have before watching is this: you’ll learn a thing or two in all of the marks it hit and missed.

Catch Dear Evan Hansen and more films only on UPSTREAM.