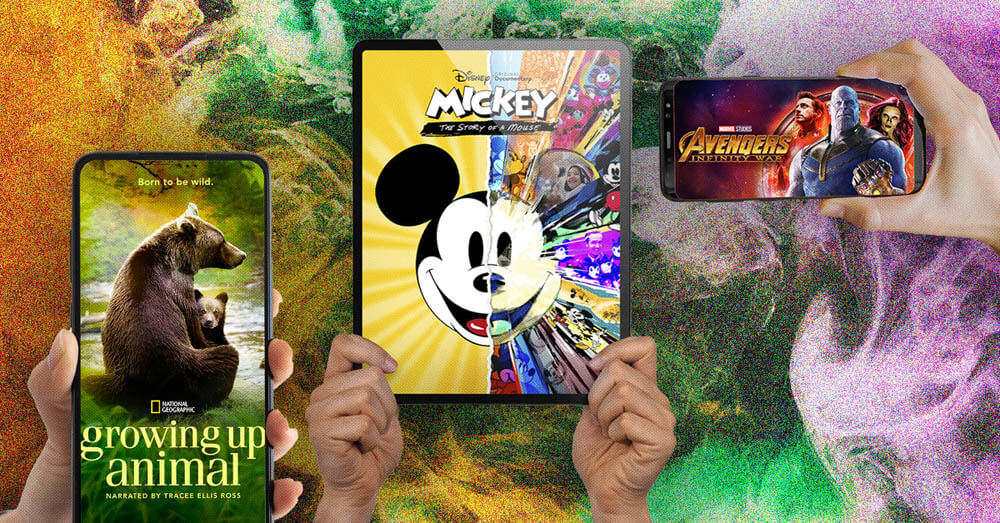 What To Watch On Disney+

Gone are the days when Disney as a brand was just animated fairy tales for kids. Today the American mass media conglomerate founded by brothers Walt and Ron Disney operates prominent outlets like Marvel Studios, Lucasfilm, National Geographic, FX, 20th Century Studios and Searchlight Pictures to name just a few. Their streaming service, Disney+, whose presence globally is already formidable, duking it out with the likes of Netflix for market share, has recently made its way to the Philippines much to the delight of Pinoy audiences. Because of the streaming service’s access to such wide-ranging multimedia brands, there’s no shortage of quality content on Disney+. Here are some of our favorites so far.

Living romanticized lives in suburban America, super-powered beings Wanda (Elizabeth Olsen) and Vision (Paul Bettany) start to realize that their existence is not quite as straightforward as it seems.

RELATED: “Black Panther: Wakanda Forever” Is Not About King T’Challa

After the inevitable fall of the Galactic Empire, a lone bounty hunter (Pedro Pascual) journeys throughout the reaches of the lawless galaxy to protect “the Child” in this Jon Favreau-directed, high octane series.

The Beatles: Get Back

Directed by Peter Jackson, witness The Beatles write and rehearse 14 new songs for their 1970 album Let It Be as they plan their first live show in more than two years. The documentary series draws largely from unused footage, including from their unforgettable rooftop concert at London’s Savile Row.

Seven Japanese animation studios give their distinctive interpretations to the Star Wars universe through a series of short films.

Narrated by Natalie Portman, Dolphin Reef outlines the adventures of Echo, a young and playful Pacific bottlenose dolphin, who isn’t quite like the rest of his pod—more interested in exploring his coral reef home and its population than learning to survive in it, but lessons from his family might just encourage Echo to master his important role in their marine community.

A middle aged woman (Frances McDormand), after losing everything in the Great Recession, goes on a journey through the American West, making ends meet as a modern-day nomad living in a van.

Academy Award-nominated filmmaker Leslie Iwerks gives a fascinating, behind the scenes tour of Walt Disney Imagineering, revealing what it takes to innovate and construct Disney theme parks throughout the world.

Phineas and Ferb: The Movie

In this animated musical comedy, Phineas Flynn and his stepbrother, Ferb Fletcher, want every day of their summer vacation to be fun. In the process, they attempt to build a theme park-level roller coaster, try being musicians, build a beach in their backyard and travel to prehistoric eras.

In the not so distant future, a jaded Logan (Hugh Jackman) looks after a sickly Professor X (Patrick Stewart) at a remote location along the Mexican border. Now a recluse, his plan to stay hidden from the world is disrupted when he comes across a young mutant (Dafne Keen) who is very similar to him. It is now Logan’s mission to protect the young girl and combat the sinister forces that want to abduct her.

This spin-off documents the story of rebel thief Cassian Andor (Diego Luna) and his ascent to member of the intergalactic Rebellion.

Does this really need a synopsis? Binge on the historic animation series, all 34 seasons of it, on Disney+. Homer, Marge, Lisa, Bart and all the hilariously iconic characters in Springfield paved the way for its many successors.

Popular adventurer and survivalist Bear Grylls takes household names like Channing Tatum and Zac Efron on one-on-one, multiple day journeys into some of the craziest, most-remote  natural environments both in the United States and the world. Each episode documents the celebrities’ experience of pushing their body and mind to the limit to successfully complete the task and conquer their new habitat.

South Asian representation for the win. Kamala is a superhero stan with a creative mind, especially when it comes to Captain Marvel. Kamala feels like an outsider among her teenage peers and even with her own family—that is, until she gets superpowers of her own, not unlike the heroes she’s looked up to her whole life.

Inspired by the 1988 drama series of the same name, this coming-of-age story of a 12-year-old Black boy in Montgomery, Ala., in the late 1960s, as told by his adult self (Don Cheadle) is both moving and funny.

RELATED: What Cheesy Christmas Movie Will Be Your Holiday Destiny? Take This Quiz To Find Out

What have you been binge-watching on Disney+? Leave your recommendations below!