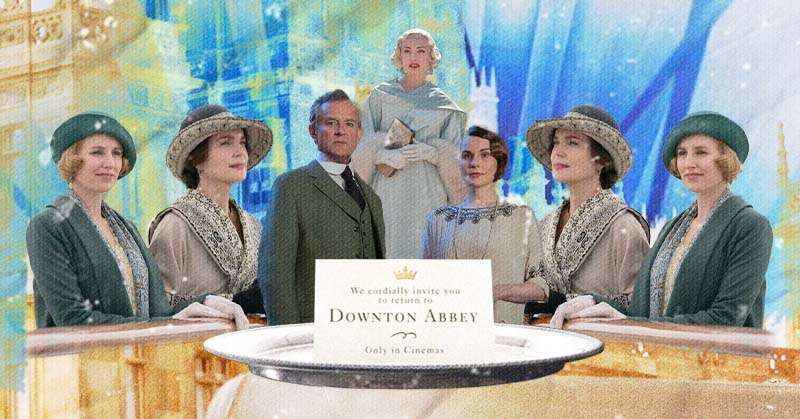 Is “Downton Abbey” over (again)?

The first series episode of Downton Abbey premiered in the UK in 2010. By 2019, a movie was added to the franchise. And now that we’re in 2022, we say hello to the latest addition, Downton Abbey: A New Era.

To be completely honest here, I was late to the Downton Abbey game, and there were some spoilers for me when I watched the movie. I haven’t finished the series, and I haven’t seen the first film. So I’m warning you now: spoilers ahead.

The characters we’ve loved, lost and felt indifference for

Everyone’s back! The Crawley family is still together, and the film opens with a happy moment in their lives (of which, there aren’t many). Tom Branson is getting married, and his in-laws are all in attendance to show their support.

Of this, I was completely happy—it brought a literal smile on my face. If you’ve followed the story of the Crawley family, its extended members and their servants, you’ll know that there have been more than a few challenges to overcome. To see this happy moment in their lifetime was a breath of fresh air.

But, of course, drama inevitably ensues

Without giving too much away, let me say this: there is an ample amount of drama and mystery involved in the film. Downton Abbey once again faces a choice between the future and the past. Mary, as always, has a suitor in tow, and struggles internally about whether or not she should pursue it while her husband is away. Meanwhile, Violet and Cora face their own respective illnesses head-on, which means that Robert struggles with the idea of losing them both simultaneously. But the real kicker is we get yet another glimpse at Violet’s past.

When a man from her yesteryears passes away, Violet gets the good news that she’s inherited a villa in the South of France. She makes the decision to leave the vacation home to Sybbie, her great-granddaughter. It’s a logical and generous move, one she reasons because her other great-grandchildren are already well-equipped for their future.

But when the family realizes that Violet met this man a few months before Robert was born, the question is inevitably brought up: Is Robert a bastard?

RELATED: Doctor Strange in the Multiverse of Madness Might Just Be Marvel’s Freakiest Film Yet

Overall, Downton Abbey: A New Era is just another notch

While Downton Abbey: A New Era is enjoyable and definitely wraps up the Crawley story in a way that most people will be happy with, it hardly feels like a film. Maybe it’s because I binge watch the series episodes, and I haven’t been away from the franchise for more than a few days, but it oftentimes felt like just another episode.

It’s worth the watch, if only to see how things wrap up. But I’m hoping this is it; another chapter seems completely unnecessary.