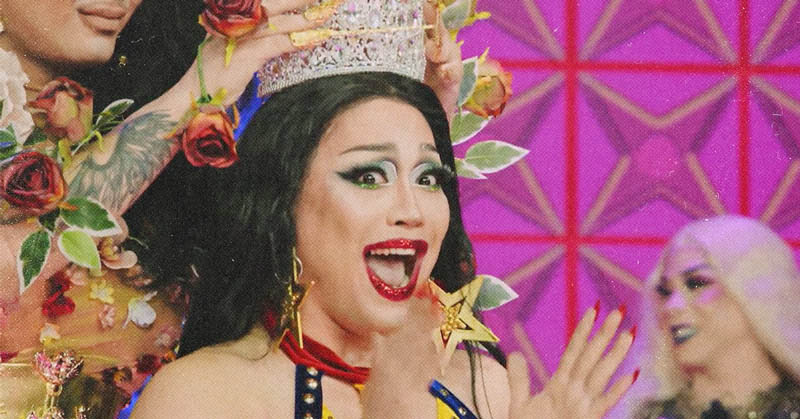 “Drag Race Philippines” Pops off in Its First-Ever Season Finale

Let me ask the gays, gals and theys: are we okay? It’s been a hot minute since the Drag Race Philippines finale, and we’re still pretty much reeling from the tight competish. ICYMI (or you’ve been living under a rock), precious, delicious and ambitious Precious Paula Nicole takes the crown as the first-ever Filipino Drag Race Philippines superstar. She also rushed to greet the first-ever iPhone 14 buyer in the country—safe to say that Miss Thang’s already booked and busy. Meanwhile, Marina Summers relinquishes the title of the Filipinah Winnah after a lip sync smackdown, but still managed to prove to us why she’s still one of the baddest bitches in the game. 🤟

Up ahead, we take another trip down memory lane and recap the season finale of Drag Race Philippines.

A return to the runway

Of course, all eight queens make a grand and glamorous return to the Drag Race Philippines runway to witness the final four battle it out for the crown. Prince arrives bearing her iconic shoe and a dress with her coat of arms, Corazon stuns as a showgirl, and Gigi Era appears in an opulent ensemble inspired by her hometown, Davao. Fellow Mindanaoan queen Lady Morgana struts down the stage with an intricate Ruveal, while Divine Diva Viñas Deluxe comes with a red and black ensemble—cast included. Lastly, fellow Divine Diva Brigiding comes out in a lively blue number.

While they all showed up and gave us only the best, we have several picks worth mentioning. For example, Turing’s luscious look is seriously giving Greek-era muse-meets-intergalactic royalty. Not to mention Minty Fresh’s fierce comeback to the catwalk? The silver, black, red and golden color combination honestly sends us to Avatar: The Last Airbender’s Fire Nation—and we’re not complaining.

RELATED: These Drag Race Philippines Moments Will Go Down in Herstory

Their Indigenous Extravaganza looks didn’t disappoint either. However, Xilhouete, Eva Le Queen and Marina Summers lean towards highlighting Filipino textiles. But Precious Paula Nicole takes it up a notch by combining Ati-Atihan festival elements with walis tambo materials. No doubt—she won this round.

Murder on the floor

10 seconds in and there was already a murder on the stage marina summers u will ALWAYS be famous #DragRacePH #DragRacePhilippines #DragRace pic.twitter.com/cpkOnsJwWZ

Both battles clearly show which queens get to move on to the last round, which often gets called a murder on the dancefloor. However, Eva Le Queen and Xilhouete show gratitude for the opportunity to make it this far in the show.

A meaningful song for the final lipsync

the first ever season of drag race philippines and the top 2 lip syncing to such an important song in lgbt filipino culture,,,,im literally crying rn #DragRacePH #DragRacePhilippines #DragRace pic.twitter.com/FMIj0lduLz

Precious Paula Nicole and Marina Summers reach the final round in the Drag Race Philippines finale. The tiebreaker to determine the first-ever Filipino Drag Race superstar lies in the hands of a lip sync smackdown to one of the most profound songs in the Philippine queer community: Sirena by Gloc-9 featuring Ebe Dancel.

The song choice isn’t just for Filipino flavor, but a validation of the Filipino queer struggle. While drag isn’t everyone’s cup of tea, there’s no denying that Drag Race Philippines has the power to push the LGBTQIA+ community to the forefront. And why not do it best by closing the season with a song that resonates with the community? After all, the Drag Race Philippines finale doesn’t signal an end—but a beginning of something greater. In effect, it should also enact some semblance of change with how we approach LGBTQIA+ issues and drag as a profession.

Precious Paula Nicole will also head to Drag Con UK after her crowning glory. As we said, her calendar’s looking full. While we won’t have this Wednesday habit in the meantime, we still have a lot more to look forward to. Case in point: Manila Luzon and Drag Den just woke up. Wink.

Support our drag queens by catching their shows and projects, and showing love to the local scene.