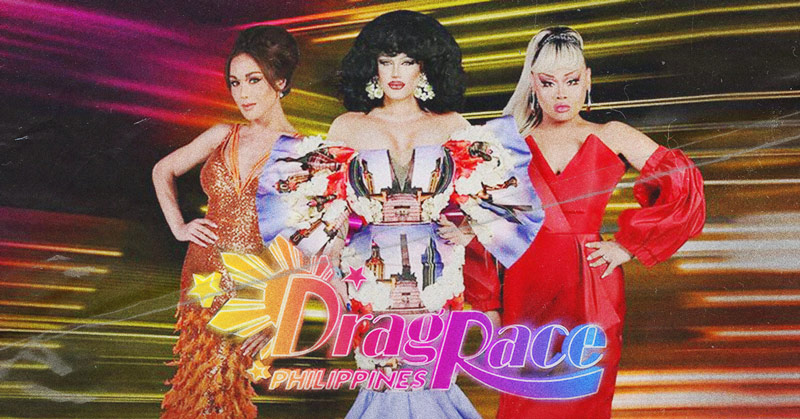 If you’ve ever contemplated getting an HBO GO or discovery+ subscription, let us tell you: the time is now. The worldwide hit RuPaul’s Drag Race finally makes its way to the Philippines in its local spinoff, Drag Race Philippines.

The spotlight now shines on Filipino queens as they get to showcase their talent and their grit in the art of drag as they go through challenges that await them throughout the season. There is much to look forward to, starting with the show’s star-studded cast.

RELATED: Easy Round, Hennies: How Well Do You Know Iconic Lines From RuPaul’s Drag Race?

Who could be a better host for this than Paolo Ballesteros? The multi-hyphenate, who is of artistic lineage himself (Ballesteros’ great-grandfather is the National Artist and painter Fernando Amorsolo), is a noontime show host, multi-awarded actor, model and drag artist. He has gained fame over his makeup transformations as well as his first-ever lead role in Die Beautiful as a gay beauty queen who performs in drag.

Jiggly Caliente, an American singer, actress, drag performer and Laguna native, joins Ballesteros as a permanent judge. She is best known for her participation in RuPaul’s Drag Race Season 4 and RuPaul’s Drag Race All Stars Season 6. KaladKaren, a writer, presenter and producer, famed for her Karen Davila impersonation, completes the line of permanent judges for the show.

With two of the judges being trans members of the LGBTQ+ community, Drag Race Philippines makes history as the first Drag Race show franchise with all the permanent hosts being trans. So not only do we get to see Filipino drag in its full and fabulous display, we get to see local LGBTQ+ talent flourish as well. We love to see it. ❤️

This is only the beginning. There’s a whole season ahead to anticipate! Talented drag queens will battle it out in the next few months as they face their limits through multiple challenges, and race to win the title of Drag Race Superstar.

What are you most excited for?

RELATED: Everything You Need To Know About discovery+