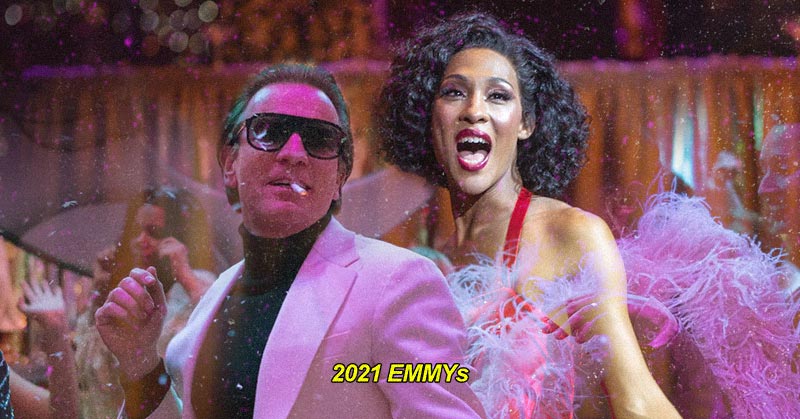 Emmys 2021: Some Wins, Predictions and Questions

Who are the big winners of Western primetime TV?

Another year, another award show. Earlier this year, we had our hot takes about who swept the Oscars and listed the bookmark-worthy moments of the Grammys. Now, it’s the Television Academy’s turn to hand out shiny Emmys to the top actors, writers and directors of primetime television shows. Much like every award show that comes our way, the internet has a lot to unpack. So here are our general thoughts on the Emmys this 2021.

In recent years, these award-giving institutions were called out for being “so White,” and the Emmys wasn’t spared back in 2019. So in a pivotal step in 2020, they spotlighted a more diverse roster of nominees. This thankfully seems to be sustained to 2021, where there’s a significant lineup of actors, directors and writers of color who are slated to win an Emmy for their art.

Speaking of wins, Pose star MJ Rodriguez makes history after being the first trans woman nominated for Outstanding Lead Actress In A Drama Series. This nomination (and win *fingers crossed*) has been a long time coming. Especially when Billy Porter was nominated for and won the Lead Actor category last year. We’ve got our fingers crossed that Pose would sweep all the categories they were nominated for.

RELATED: Gossip Girl’s Back With A Gen Z Spin

Our predictions on the big awards

I thoroughly believe that Paul Bettany in WandaVision, as Vision himself, warrants him the Emmy for Outstanding Lead Actor in a Limited Series or Movie. No doubt. But deciding who should take home the Emmy for the Lead Actress category is a tough choice to make. We all loved Anya Taylor-Joy as Elizabeth Harmon in The Queen’s Gambit and Elizabeth Olsen as Wanda Maximoff in WandaVision. But Michaela Coel’s Arabella in I May Destroy You was a breath of fresh air in primetime TV shows. The way she navigated the topic of coping with sexual assault with bad humor put the way we think into perspective.

Although, the Emmy for Lead Actor in a Drama Series should go to Billy Porter and the one for Lead Actress in a Drama Series should go to MJ Rodriguez. But if I were to choose a runner-up for the latter category, it’s Emma Corrin for her role as Princess Diana Spencer in The Crown. She perfectly slipped into her role as the world’s favorite princess, being a scene-stealer in her own right by commanding the show the way Lady Diana commanded the public.

Though our bet for the category of Outstanding Limited Series is either WandaVision or The Queen’s Gambit. For the category of Outstanding Drama Series, it’s a toss-up between The Crown and Pose. It’s hard to choose between the riveting performance of what happened in the Royal palace during Princess Diana’s era and the grand send-off to the House of Evangelista and New York’s fiery ballroom scene. How do you choose?

…But we have some questions

First of all, Halston wasn’t the perfect series. It was dragging at some points, but its opulence made up for it in true Ryan Murphy fashion. But another reason that made the series worth watching was the total and complete transformation of the characters. So where the hell is Krysta Rodriguez’s nomination for her role as Liza Minelli? If anything, she embodied the living Broadway legend. That should be enough to warrant recognition and a nomination.

Meanwhile, Ewan McGregor is nominated for Outstanding Lead Actor In A Limited Or Anthology Series for his performance as the mid-70s fashion designer and sensation Roy Halston. I’m not going to lie, his performance was impressive from the get-go. Ewan really nailed his mannerisms, his accent—he was Halston, which is why I understand why he got the nomination. With Krysta, they revived the artist and his muse, retelling the tumultuous story of his rise and fall from fame.

Yet Ewan’s nomination and acceptance of the role floats the question: Why are straight men considered first for gay roles? Ryan Murphy already had him in mind for Halston, yet how even is the playing field for both straight actors and LGBTQIA+ actors for him to take this one? This boils down to the accessibility of opportunities. If the acting opportunities for LGBTQIA+ actors were as abundant as straight actors’, then maybe I won’t question Ewan’s nomination.

RELATED: ??Here’s What We Want to See in American Horror Stories

The 2021 Emmys are sure to be interesting. We were given tons of great primetime TV shows to make long lockdowns bearable. These shows kept us entertained and taught us hard truths about life, politics and the things that matter. Hopefully, it’s these shows that get the awards and recognition that they deserve.