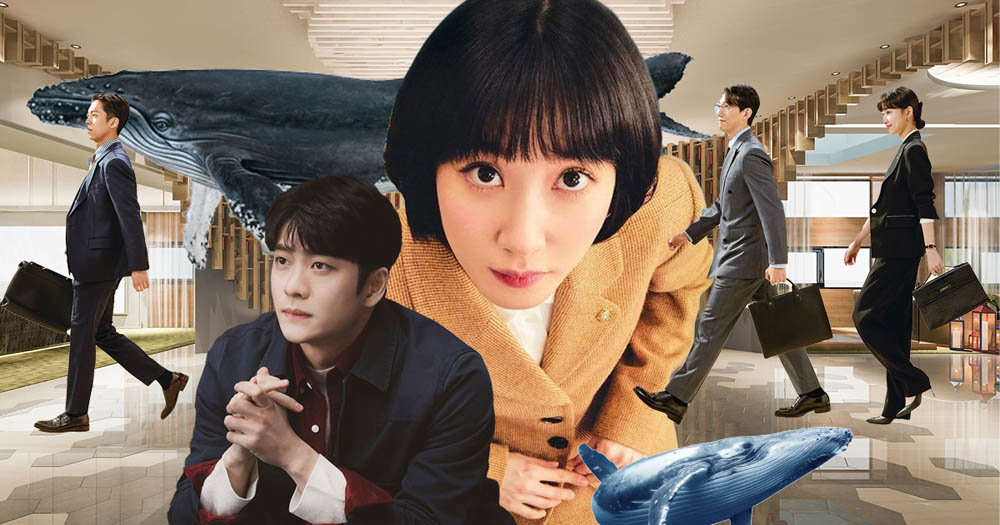 The Appeal of “Extraordinary Attorney Woo” Lies In Its Humanity

Since its premiere on June 29th, Extraordinary Attorney Woo has received high ratings on Netflix both from South Korea and internationally. The K-drama by local channel ENA adds to the long list of legal genres dominating the airwaves. However, what sets it apart from the rest is its lighthearted take on not only proceedings in the courtroom but also how it champions humanity. Seven episodes in, Extraordinary Attorney Woo continues to gain more momentum.

Extraordinary Attorney Woo follows a young attorney named Woo Youngwoo (Park Eun-bin), who has autism spectrum disorder (ASD) and a deep love for whales. She has an impressive IQ of 164, a kick-ass memory and a creative way of thinking that helps her solve complex problems—law cases included. Youngwoo even graduated top of her class at Seoul National University and received a high score on her bar exam. However, she has poor social skills and low emotional intelligence, which gets her in trouble in an ableist society. But insisting that she’s no ordinary attorney, Youngwoo continues to take on cases as a lawyer in Hanbada Law Firm, proving to herself, her peers and the South Korean judicial system that she can make it.

RELATED: Popular K-Dramas That Are Actually Adapted From Webtoons

Of course, no TV show is made perfect. Extraordinary Attorney Woo also continues to polarize viewers on the discussion on whether it helps or harms persons with ASD. After all, representation can appear different to many. What some find comfort in might be off-putting to some, and that discussion should be reserved for individuals from that community. Some think that in its attempt to make Korean audiences more familiar with individuals on the autism spectrum, others still see that Eunbin’s portrayal of Youngwoo feels more like a caricature than an actual representation. According to Korea JoongAng Daily, experts and relatives of individuals with autism still voice their concerns about the show due to Youngwoo’s unrealistic case of Savant syndrome. However, some remain positive that while Extraordinary Attorney Woo isn’t exactly realistic, it serves as a start to raise awareness in South Korean society.

Woo Youngwoo isn’t the only K-drama lead who has autism. She follows behind The Good Doctor’s Park Shion (Joo Won), It’s Okay Not To Be Okay’s Moon Sangtae (Oh Jungse) and Move To Heaven’s Han Geuru who has Asperger’s syndrome, which falls under ASD. But what sets Extraordinary Attorney Woo apart is the depiction of a woman with ASD without framing her to milk the audience’s sympathy. Instead, the show’s positive but realistic approach to societal issues, such as queer relationships, prejudice against neurodivergent individuals and the injustice within the law, make each episode appear as a product of love and careful consideration.

Another reason that makes Extraordinary Attorney Woo worth the hours is the fact that it’s not an intimidating watch at all. Other legal dramas, such as Law School or The Devil Judge, often require the emotional and mental capacity to stomach intense drama and a lot of law jargon. But Extraordinary Attorney Woo doesn’t require any prior knowledge when you watch. Instead, it guides you through each unfamiliar term by weaving it into the dialogue. In addition, the K-drama softens the edges often found in legal dramas. Light-hearted but not callous, the show provides both a healing but informative watch with each episode.

RELATED: Here’s What We Know About Netflix’s Adaptation Of ‘The Sandman’

If you peel back the layers of Extraordinary Attorney Woo, you see highly relatable characters holding up mirrors to the audience. The show pushes us to reevaluate ourselves. Do we act like the people who doubt Youngwoo, those who belittle and doubt her abilities? In a world obsessed with labels and fitting in, we quickly judge those who don’t. Why should we wait for individuals to surprise and wow us to gain our respect?

Overall, Extraordinary Attorney Woo deserves all the hype it gets. Not only because of the technicalities but the push it gives us to reevaluate ourselves.

New episodes of “Extraordinary Attorney Woo” drop every Wednesday and Thursday on Netflix.