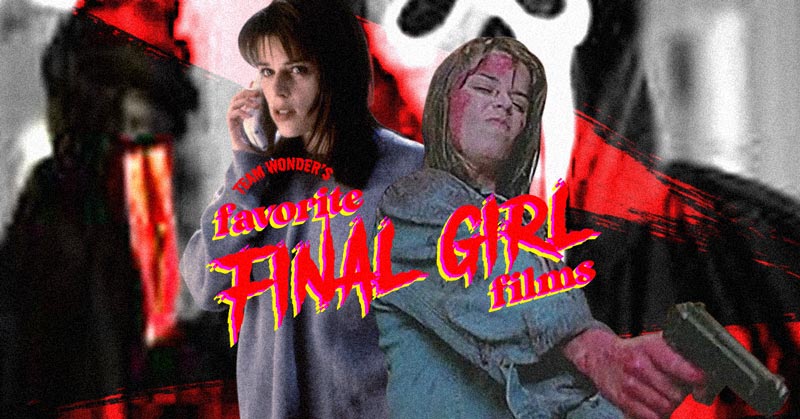 From the classics to the subversive, here are Final Girl Films curated by Team Wonder

As we’re crawling up to Halloween on year two of the pandemic, it seems like we’re still kissing Halloween parties and trick-or-treating goodbye. Nonetheless, we can get some thrills even at home. Dress up as your favorite character! Add some convincing—but edible—props! The sky’s the limit on how you’ll celebrate the year’s spookiest season. Socially distant or not, binge-watching a ton of horror movies is a tried-and-tested, yearly Halloween ritual. And for 2021, why don’t we watch some Final Girl Films for a change? If you’re squeamish or wish to keep it PG-13, here are friendlier Halloween flicks you can check out.

The Final Girl is a film trope where the last one who stands against the villain is a kind, virginal and pure girl. She’s clear-headed and observant, offering the audience the point of view of a victim barely surviving the villain’s advances. The Final Girl isn’t distracted by a boyfriend or vices that cloud her judgment, making her victorious until the last minute. Or not, it depends.

You guessed it, though. The Final Girl started as a trope with a ton of misogynistic undertones. But as the horror and slasher genre in film grew, writers, directors and actors began to subvert this trope. Modern-day Final Girls are strong, resilient and proactive. They’re cunning and intelligent enough to outrun the villains and triumph.

Sometimes, they turn out to be the bad guy all along.

Now I won’t bore you with a closed reading of the trope. Instead, here’s a list of Final Girl Films approved and curated by members of the Wonder Team—all for your Halloween indulgence.

RELATED: 7 Fictional Girl Gangs I Wish I Were Part Of

A serial killer named Ghostface terrorizes a quiet neighborhood called Woodsboro by murdering teenagers. But before going in for the kill, he makes himself known. Ghostface calls his targets and quizzes them about horror movies. Sidney Prescott (Neve Campbell) finds herself as Ghostface’s next target, and it’s up to her, her unlikely allies and their knowledge of slasher films to survive.

Popular cheerleader Jennifer Check (Megan Fox) gets possessed by a succubus and develops a hunger for high school boys who worship her feet. As she satiates her need for human flesh by eating teenage boys one by one, her polar opposite best friend Needy Lesnicki (Amanda Seyfried) finds out about her secret. Needy vows to stop her from taking more lives.

American dancer Susie Bannion (Dakota Johnson) arrives in Berlin to audition for the Markos Dance Academy. As she settles in, she learns that a student named Patricia Hingle (Chloe Grace Moretz) disappeared shortly before her arrival. The ominous and dark secrets of the academy unravel one by one as Bannion moves up in rank and another troupe member becomes suspicious of the institution and its matrons—accusing them of witchcraft.

Ask and you shall receive: four diverse Final Girls. High school students Lily Colson (Odessa Young), Sarah Lacey (Suki Waterhouse), Bex Warren (Hari Nef) and Em Lacey (ABRA) live in a quiet town in Salem. However, their regular lives turn upside down when a massive data leak occurs, where their private, confidential and incriminating photos are made public. The hacker frames Lily as the mastermind. As the townspeople turn violent and begin crucifying her, Lily and her friends fight to shift the narrative—whatever it takes.

Adelaide Wilson (Lupita Nyong’o) goes on a road trip with her family to the beachside house she grew up in. Despite her apprehension, the entire Wilson family pushes through with the trip and meets up with the Tyler family. However, their vacation abruptly ends when masked intruders ambush the Wilson family in their home. They find out that the ones behind the mask are their doppelgangers, who mirror their movements and live underground. All four members have no choice but to fight for their survival.

This barely scratches the surface of iconic films featuring Final Girls and their victories—or demise. Did we miss any movies or series with a Final Girl? Let us know in the comments below!