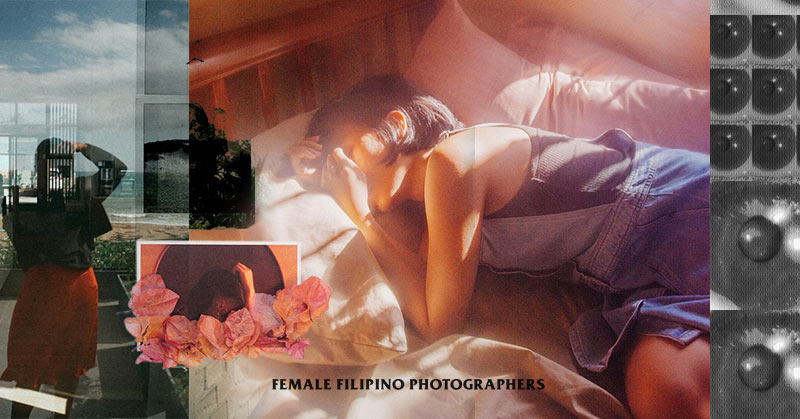 In a male-dominated landscape such as the local photography industry, as a Filipina photographer, it’s a struggle to be seen; I know full well because I used to shoot professionally for years. This meant being the only woman in a room full of loud, middle-aged men. This meant straying from drawing any attention to myself. Many times, I tried to be polite. I shooed away their unsolicited comments while they mansplained to me how to use my personal gear. It made me feel uncomfortable and invalidated, but I continued doing my job.

For other females, being a photographer is a dangerous career choice. For National Geographic Explorer and multimedia journalist Hannah Reyes Morales, this means being subjected to perversion and, worse, sexual assault. On a public Facebook post, she writes, “I try to find my space in the news, but I couldn’t find a place in the community that felt safe or enabling, where I wasn’t trying to navigate Filipino masculinity in the news cycle which on its own is stressful enough. Having to call people ‘Sir,’ while having to sit through perversion. Or being asked to disclose my sex life. Being called ‘frigid’ and ‘lesbiana’ as a joke when I was feeling uncomfortable, being asked how my libido was doing—the list goes on.”

This is the reality for many women in the field, an environment (and community) that breeds toxic masculinity and male chauvinism. For every all-male panel that dares to showcase the “experienced,” there are underrepresented women that need to be amplified and empowered. Below, just some Filipina photographers that deserve our attention:

A multidisciplinary storyteller and National Geographic Explorer, Hannah Reyes Morales documents “tenderness amidst adversity.” Her work, which explores “the universal themes of diaspora, survival and the bonds that tie us together” appears in international publications like The New York Times, The Atlantic and The Washington Post.

As a photojournalist, Eloisa Lopez is best known for covering President Duterte’s grisly Drug War across Manila, which started out as a personal project. She also continued to work as a crime beat multimedia reporter for Rappler. Eloisa now contributes regularly for Reuters, covering news around the Philippines and Asia.

Currently a visual journalist for the Chicago Sun-Times, Pat Nabong was born and raised in Manila. She completed a Master of Science in Journalism at Northwestern University and has received international fellowships such as the Pulitzer Center Student Fellow to pursue independent reporting projects. She hopes her work can “facilitate understanding, challenge stereotypes and lead to meaningful connections among people who live different lives.”

Sara Erasmo, a still life photographer and mixed media artist, finds beauty in the mundane. Her distinct work is “about recreating and reframing the seemingly ordinary.” She highlights and experiments with the delicateness of flora, “inspired by the natural world and the magic in the inanimate.” She documents her creative process on YouTube.

Regine David is a photographer and casting director from Manila who received her Bachelor’s of Fine Arts Degree in Photography at the Savannah College of Art and Design. She is an advocate for queer visibility in the creative industry. Regine is recognized for her intimate approach to menswear, with her roster of clients includes global fashion brands like Balenciaga, Calvin Klein and H&M.

A Manila-based Nigerian content creator and fashion photographer, Favour Ajah is no stranger to Wonder. She has produced editorial sets and video work for the digital multimedia platform. Favour empowers homegrown Filipino brands like Issy & Co., Neon Island and ISSA through her diverse portfolio of work.

As a self-taught photographer and image-maker, Colin Dancel started her creative journey with behind-the-scenes images in fashion shows. Her fascination for movement eventually progressed and developed to photographing dance and self-portraits. Her body of work “is grounded on exploration of oneself, introspection, paying respect to life and understanding that it will move with or without you.”

The Northern Samar native is a portrait photographer who creates fashion editorials and covers weddings. Gail Geriane is also a creative director. Her photographs have a certain softness and dreamy je na sais quoi to it, with her backdrop—either tall fields of grass or the deep blue sea—always highlighting the beauty of the Philippines.

You may already be familiar with Karen De La Fuente’s strikingly distinct portraits of the nine-piece folk collective, Ben&Ben. After graduating with a BS Psychology degree from the Ateneo de Manila University, she took up photography full-time. “Sound, vision and space oddities” are at the foundation of Karen’s body of work. She is best known for her music coverage and her unbelievable color play.

As an established storyteller for brands, Gabby Cantero’s visual signature “has always been clean, crisp, with a brilliant use of texture, color and temperature.” Before focusing on food photography, which she can also attribute to a year of studying culinary arts, her work appeared across magazines and national broadsheets. She is an ambassador for Sony Philippines.

Did we miss any of your favorite Filipina photographers? Share them in the comments below! More importantly, support and uplift them.