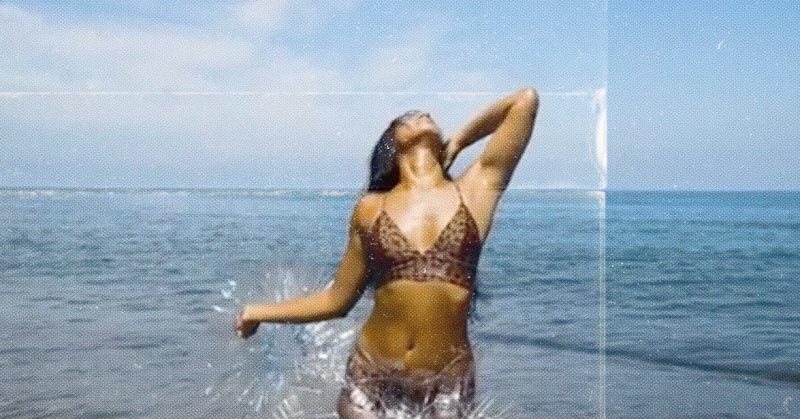 As the international dance film festival caps off its second-year run, its founder and director talks highlights and putting movement in focus

Madge Reyes stepped into the world of dance at the age of three and hasn’t left since. A professional ballet dancer by 18 and a soloist by 21, the decorated Filipino performer laid the groundwork—in classical, modern and contemporary dance—before continuing her work as an independent dancer, choreographer, movement director and filmmaker. As if that body of work wasn’t impressive enough, Reyes, now 30 years old, has added another title to the roster: the founder and director of FIFTH WALL FEST, a one-of-a-kind dance film festival the Philippines had not seen before last year.

With the warm reception of its second-year run, FIFTH WALL FEST is obviously a milestone for Reyes. But its arresting backstory isn’t lost on us. Having been badly injured in 2014, dancing was suddenly and completely off the table. This led her to ponder her options, which led to FIFTH WALL FEST. “This was when I got into dance films; my undergrad thesis was one,” she shares. “After college, I decided to work independently full-time as a dancer and choreographer, graphic designer and producer and director [of] my own films.” FIFTH WALL FEST, the project born out of the unexpected turn, is a meeting of two artforms with the power to bring together dancers, filmmakers and creators from across the globe.

On October 8 through 17, FIFTH WALL FEST presented this year a curation of more than 50 local and international dance films, neatly packaged into collections: The Pinoy Collection centered on Filipino dance films created by Filipinos; the Butoh Collection offered a selection of archival films on the famed Japanese dance theater movement Butoh, a segment supported by the Japan Foundation Manila and in partnership with Dance and Media Japan; the On Tour Collection, the largest in the lineup, was a series of curated projects from around the world—each one a celebration of the different cultures of dance. Noteworthy titles included And Then We Danced by Levan Akin, Macho Dancer by Eisa Jocson, Am I Being Selfish? by Patrick Alcedo, Clowns by Hofesh Shechter, Dive by Oscar Sansom and Amadeus: A Cyberpunk Dream by the Hong Kong Ballet & Hong Kong Philharmonic Orchestra. Then there were the Black Box events: a lineup of three intimate and eye-opening talks that took a deeper look into dance and its ability to connect individuals, cultures, and segments of society. Everything streamed online for free.

Thanks to these immersive experiences—stimulation gravely needed during a lockdown—FIFTH WALL FEST is quickly becoming a fixture in our calendar of annual cultural events to watch and stick around for. Here, we get to know more about the woman who brought it all to life.

RELATED: On The Rise: Young Creatives You Need to Know

Wonder: Where did your interest in dance filmmaking, in particular, come from? Who or what were some of the influences that sparked this interest?

Madge Reyes: I grew up re-imagining (daydreaming, rather) music videos as full-on dance sequences in my head during car rides en route to training (being stuck in EDSA traffic had its perks). I’d make up several narratives with no dialogue, just dancing. I also recall drawing inspiration from the early days of NOWNESS; they’d release dance film content that would tastefully incorporate music, design and fashion. I thought to myself that this could actually be a thing for me—I could merge my love for both dance, cinema and everything in between.

W: FIFTH WALL FEST is the first of its kind. What made you decide to pursue it?

MR: I always knew I’d be involved in event-planning, one way or another. But upon arrival from New York, I really had no immediate plans of mounting a dance film festival. I was still processing my time away but also felt disoriented with what would be our new reality. The pandemic’s timing was a crucial factor in the execution of FIFTH WALL FEST—I figured it would be the perfect opportunity to introduce something so novel (to the local audience), while uplifting the dance scene during these trying times.

W: One of your goals was to bridge the gap between the local and international dance communities. Why is this so important to you and your fellow organizers?

MR: Dance is a universal language and our medium of choice is film. FIFTH WALL FEST is not only about highlighting Filipino talent through our platform, but in the process, we also want to emphasize cultural exchange. Why keep this to ourselves? It’s not often that the whole world is going through the same ordeal; it’s best that we expand our reach while making friends along the way.

W: Focusing now on the local dance community: What were some of the stark needs you wanted FIFTH WALL FEST to address?

MR: First and foremost, we wanted to raise awareness to the dance film genre, that there is such a thing and that it shouldn’t be taken lightly. True enough, the concept is still quite new to most (dance in film is often used for documentation purposes only). It’s an entirely different art form, one that isn’t meant to replace live performance, but is a refreshing (and practical) approach to experiencing dance and keeping it relevant.

W: What are your learnings about the dance community having mounted the festival?

MR: It is no surprise that the dance sector (performing arts) is one of the most unfortunate casualties during this crisis. But the crippling effects of the pandemic made room for introspection and revelation. There is still so much potential out there and we can advance if we really wanted to. The establishment of FIFTH WALL FEST is a testament to all these endless possibilities. With proper support and forward-thinking methods, I remain hopeful for the state of dance and its community.

RELATED: Dance is Not Dead at Nude Floor

W: What are some of the things you and the FIFTH WALL FEST team would like to do with the festival in the next years?

MR: There are constant goals to attract old and new audiences alike, and to push boundaries in elevating the art scene. Five years is still far ahead of us, but we do intend to continue what we started and evolve into something beyond that—we are more than just your typical annual event.

What’s next for FIFTH WALL FEST? Reyes isn’t entirely sure, but that uncertainty is one source of creative energy she fully embraces. She adds, “That’s what makes it all the more exciting!” Anyway, one thing’s for sure: we can look to FIFTH WALL FEST to continue bridging the worlds of dancers, art enthusiasts, and creatives.