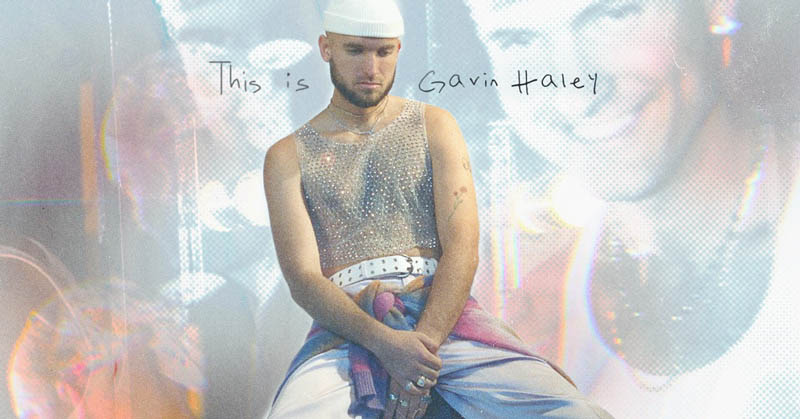 We’ve been keeping our eyes on Gavin Haley

There are a lot of perks that come with a job like mine, and one of the better ones is that I get to have conversations with different people from different places, all of them doing different things at different points in their lives. Sure, you never know who you’ll be seated across before the interview actually begins, but when you get the chance to meet someone like Gavin Haley, you’re reminded to be grateful.

RELATED: A Look Back At RM’s Best Works Ahead of “Indigo”

Gavin Haley recently released his debut album, i hate you, Don’t Leave Me. I played it on repeat the day I was scheduled to meet him—and have since saved a few key tracks to my personal playlist. (In case you want to know, it’s The Way I Am (feat. SOLE) that’s most on loop.) The album in its entirety is heart-felt; it has someone for everyone, no matter what stage you’re in or what you’re feeling at a moment in time.

But sitting down with Gavin gave me the chance to really see the man behind the songs.

Wonder: Congratulations on your performance at Nightcap! How that for you?

Gavin Haley: It was great! It was very intimate, small. It was filled with artists and people who really cared. I felt loved, and people listened.

W: What is your favorite part of a collaborative night of music like Nightcap?

G: My favorite part was that everyone [was genuinely] excited to be there. Sometimes being in a place like Los Angeles, it doesn’t always feel like that. There’s a lot of jaded people, and people are at spots to make appearances. And [at Nightcap], everyone who played was excited to play, and the people around them were happy to support them. That’s really refreshing to me.

W: Why did you decide to put together two very contradicting phrases together for the title of your album, i hate you, Don’t Leave Me?

G: It’s how I feel about it! I was in a situation where one day, I would want to run away from everything; the next day, the thought of that would make me anxious because I loved somebody so much. Or even in life, a lot of times, it’s easier to stay in a situation that’s not benefiting you rather than [restarting]. It’s like a slow burn versus an intense pain. I felt that way a lot the past two years, and when I heard this title, it was instant. I knew that was it.

W: What is your favorite lyric in the album, and who/what inspired it?

G: “everybody got the right answers till its them taking the chances, nobody wants the damage.”

I find that everyone, when you start to do well, kind of wants to share their two cents. Or when you’re not doing well, they just like to share their opinion without being asked. And often times, it’s people commenting on things they never do. And it’s not that they can never do it, but people who are in a completely different world trying to put themselves in your shoes is not relatable. And that whole song is just a deeper introspective thinking, and just being a young man trying to figure it out.

W: Give us an elevator pitch for i hate you, Don’t Leave Me.

G: For this album, I just think it has someone for everybody. Whether you want to dance or you just had a breakup and you need somebody [you feel] like you can relate to. I really made sure I made a well-rounded experience and not just sad or one mood. I think because this was done over such a long period of time, there’s a lot of relatable topics.

And, besides that, not biased, I just think it’s great music. I’m confident; it’s the best work I’ve made.

W: What is your message to your Filipino fans?

G: Thank you for being so kind to me, and all the nice messages on Twitter. And just feeling the same energy in person that you get on the internet. I feel like a lot of times, people say things and don’t show up. Everyone I’ve met here has been very kind to me. I feel like it’s real; it’s nice.

Gavin Haley has given us an album to sing, dance, cry and think to. And while he was incredibly thankful for the genuineness he felt while he was on our shores, the truth is that it resonates from him, too.

Stream “i hate you, Don’t Leave Me” on Spotify.