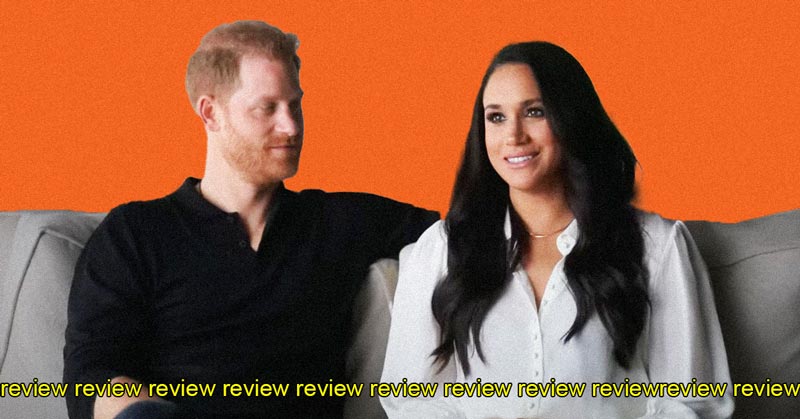 “Harry and Meghan:” An Indulgent But Illuminating Documentary Series

We hear more from Harry and Meghan

I believe that the concept of monarchy isn’t just archaic, it’s utterly laughable—grownups playing Disney as other grownups giddily fawn over them. Yet unlike the rest of their royal British ilk, The Duke and Duchess of Sussex, Prince Harry and Meghan Markle, haven’t quite enjoyed the same universal adoration of late. In fact, the mere mention of their names tends to induce eye rolling, often accompanied by the type of spirited debate usually reserved for abortion rights or the war in the Middle East. So when it was announced that Netflix would release the highly publicized, eponymous documentary series “Harry and Meghan,” the reception was predictably filled with hostility, moderate cringing and a bit more eye rolling. Against my better judgement, I decided to tune in expecting mostly cretinous fluff, and to sort of hate-watch as one does as a way to pass the time for dinner or the World Cup semifinal to come around.

The documentary series details the royal couple’s chronological relationship history from courtship to marriage and tabloid scrutiny via interviews, cell phone videos and archival footage. To its credit, the series is an entirely watchable piece of propaganda. As a species, we love reality TV; it’s mindless and voyeuristic, tapping into our inherent addiction for drama coupled with (in the case of, say, the Kardashians or the Royal family) the tendency for intense preoccupation with celebrities. Is there anything more captivating than watching a famous person having a meltdown? Probably not. So as far as Harry & Meghan goes, the Netflix original is well-paced, illuminating and intimate—albeit self-indulgent, occasionally sappy and perhaps a couple of episodes too long.

My perception of Meghan Markle was mostly indifferent and anecdotal, veering slightly towards aversion. Like most, I never did a deep dive on her and her relationship with the royal family and yet made my own conclusions. But my half-baked sentiment was admittedly formed by scrolling past misleading clickbait headlines on my Samsung Galaxy and went something along the lines of: Meghan was a whining primadonna, an entitled, attention-seeking actress that single-handedly sabotaged Harry’s relationship with his doting, harmless family. But as I watched the series, perfectly aware of its bias, my perception changed somewhat drastically.

Firstly, I learned that both Meghan and Harry were both into social justice long before they met each other. As a B-list actress, Meghan was a proper activist and feminist, a headstrong advocate for gender and racial equality, going as far as India to advance her causes. The documentary recounts an 11-year old Meghan who wrote a letter to a Proctor and Gamble detergent company calling out the conglomerate’s sexism in a particular commercial. The ad implied cleaning was solely a woman’s duty. P&G responded and changed the wording from “women are fighting greasy pots” to “people are fighting greasy pots.” A huge win for the young Meghan, and in pre-cancel culture, pre-PC America, too.

And then there’s Harry’s humanitarian efforts, which were similarly well-documented. He was also in the UK military for a decade with two stints in Afghanistan. Much like his mother, the prince regularly displayed an avant-garde, democratic persona—a far, refreshing cry from the bland rigidity of his majestic relatives. In fact, Harry adamantly takes responsibility for breaking away from his family to protect Meghan and son Archie. Sure, these are all verifiable facts but since Meghan acted “fake” on Oprah, she’s definitely solely at fault. Or so the public claims.

It is also empirically true, as the documentary points out, that Meghan was unfairly the target of ruthless UK tabloids led by unscrupulous thugs like Rupert Murdoch and company, notorious pioneers in the hate-for-profit industry. The common response might be something along the lines of “everyone else had to deal with it, she knew what she was getting into, she’s rich, deal with it.” But as Harry rightly points out, the coverage for Meghan was vastly “different” from the others as the element of race (Meghan being half black) was a frequent target. Outlandish headlines referred to her as “gangster,” “a manipulative social climber from Compton” and “a dishonest madwoman with ties to terrorist institutions,” even deceitfully putting sole blame on her for driving Harry away from his family. And like clockwork, the public wasn’t happy. The couple went from royal darlings to global pariahs in mere days.

Regardless of who is to blame for Harry leaving, breaking away from an obsolete institution like the British monarchy—or as they call it, “the firm”—and all the baggage (and comfort) that comes with it is a more admirable act than it is the heinous crime that the media (Piers Morgan, anyone?) has portrayed it to be.

If I was relentlessly slandered by the media, I would also feel the need to defend myself, be it on Netflix or on an interview with Oprah. I now ask myself: Why such powerful vitriol towards Meghan? Why is there more anger towards Meghan than professional sex offender Prince Andrew? Other than a systematic smear campaign instigated by the “powers that be,” I frankly cannot come up with a concrete answer. But there’s a bigger theme at play here, far bigger than any member of the Royal Family, and it has to do with misinformation. Harry may be a product of extreme privilege, but he rightfully points out in the documentary that “misinformation is a global humanitarian crisis.” He isn’t wrong; misinformation today (whether traditional or on social media) has and continues to change the world in a mostly negative way, serving as ripe breeding ground for hate and division, science denial, fascism—the list goes on; with the public anger towards Harry and Meghan merely being a minute microcosm of a much bigger, far more dangerous issue. And fluff aside, that should be one of the primary takeaways from Harry & Meghan.