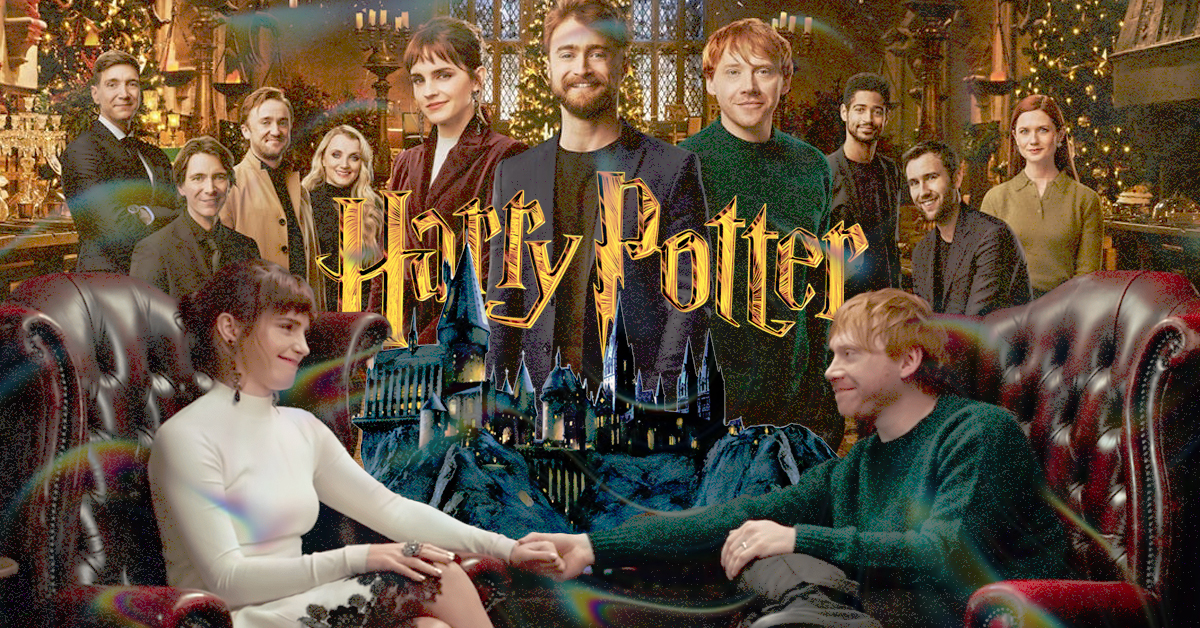 All The Moments That Made Us “Return To Hogwarts”

“Return To Hogwarts” was a throwback of epic Harry Potter proportions

It’s been 20 odd years since we were first introduced to the big screen versions of Harry Potter, Hermione Granger, Ron Weasley, the world they lived in and the people they grew up with. And despite the decades that have passed, we’re still unable to escape it (not that we’ve honestly tried). There are, after all, living and breathing children named after Harry Potter characters, as well as theme parks, merchandise and spin-offs.

But despite the daily reminders, nothing quite brought us back like Return To Hogwarts and the moments from that special reunion that will (hopefully) satiate us for the next 20 years.

One of the very first challenges discussed in Return To Hogwarts was finding the perfect actors to fill in the big shoes of already beloved fictional characters. And while each actor had their own story to tell, none was as highlighted as Daniel Radcliffe’s—whose parents didn’t want him to audition for the role at all. Needless to say, the producers worked their own version of magic and cast Daniel in the titular role.

But what was most interesting—at least to me—is that the casting of Daniel, Emma and Rupert was decided on by the chemistry the three showed in their auditions. We can only imagine how many groups the casting directors tried and tested, only to come to the conclusion that this group of misfits was the Chosen One.

Richard Harris, despite only playing Albus Dumbledore in the first two Harry Potter films, is a classic in his own right. And when Chris Columbus and Daniel sat down together in Dumbledore’s office to talk about an accidental prank on Richard, it made us love (and miss) the veteran actor even more.

Apparently, in Richard’s scenes with Fawkes, his phoenix, the actor thought it was an incredibly well-trained and real-life bird instead of the robotic stand in it really was. It was like seeing a grandparent amazed that I can control our television set with my phone.

RELATED: 2021 Was Scary, But These Horror Movies Come Close

And while the classic montage of their best scenes are usually heart wrenching enough, our feelings swelled double the size in Return To Hogwarts, as the actors shared personal memories about those they lost.

When these child actors-turned-adults talked about their magical upbringing in Return To Hogwarts, you couldn’t help but see a different side to it. Sure, they were playing on set and made friends and were studying together, but nothing hits home quite like the reality of hearing about what fame does to someone so young. Hearing Rupert say he knew nothing about himself other than playing Ron, Emma divulging she once considered leaving the series altogether…it gives you a different sense of gratitude.

When you see what these people have helped build, you stare in awe at their lives and their careers. You think, “I would not have let this opportunity up”—and none of them did—but you never really stop to think about the weight they carry, either.

I cannot complete this without noting the one thing that made everyone’s insides positively flutter: Emma Watson and Tom Felton talking about each other.

While Emma made it crystal clear that nothing romantic ever happened between them, there was a level of comfort and adoration when they each talked about the other that you just don’t hear often enough. And if you were watching closely enough, you’ll notice that when Emma walked into the Great Hall, it was Tom she first saw and embraced.

RELATED: My Relationship With Globe Streamwatch

It’s been said before, but let me say it again: 2022 is the year of Potter Heads. Return to Hogwarts down, Fantastic Beasts: The Secrets of Dumbledore next.