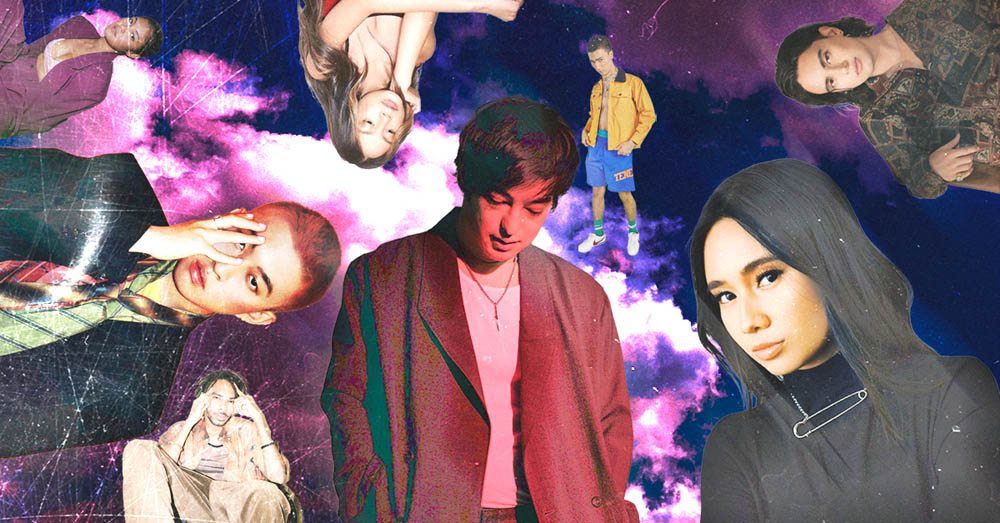 This Is *Our* Dream Lineup For Head In The Clouds Manila

Back in 2021, I wrote about how the return of 88rising’s Head In The Clouds couldn’t help but make us feel hopeful. After the bleakness that came with 2020, seeing other parts of the world getting back into the groove of all things live shows and concerts had us wishing for that, too. Fast forward to a couple of months later, 88rising, Paradise Rising, Live MNL and Globe announced Head In The Clouds Manila. Finally, the music festival celebrating Asian excellence finds its way to our sunny side of the world, and we couldn’t be happier.

Whether you got tickets during the Trust Us Pre-Sale or you’re holding out ‘til the very end, we all can’t wait for the lineup. So while we wait for more updates on who’s stopping by for Head In The Clouds Manila, let’s do some wishful thinking and manifest the acts we want to see rock the SM Festival Grounds in Parañaque City.

From the heavy headliners to our show-stopping local reps, here’s our dream lineup for HITC Manila.

Of course, let’s start with the no-brainers: our headliners. What’s an 88rising show without three of their most prominent artists: NIKI, Rich Brian and Joji?

In 2022, NIKI enters her Taylor Swift era with her sophomore album Nicole. The record has her reimagining her songs from high school and “sauntering back to where [she’s] always wanted to be musically.” Meanwhile, Rich Brian’s last project was a surprise four-track EP called Brightside filled with bars upon bars. He’s never short of hard-hitting bops, so figuring out his entire setlist is a task. But one thing’s for sure: it can’t be a Rich Brian show without Toyko Drift Freestyle. Lastly, Joji also released some new songs this year, with Glimpse of Us taking over the internet as fast as Gimme Love.

Meanwhile, we’ve got a couple of bigger wishes for headliners. First thing’s first: the Magic Man himself, Jackson Wang. With a new album out and a powerful Filipino fanbase, why wouldn’t he be dropping by the Manila stop of Head In The Clouds? We also hope to have another K-pop group alumna gracing the stage: The Baddest Bitch in the game, CL. After releasing Alpha in 2021, the Queen deserves to have a crowd of eager fans who’ll sing the entirety of 5 STAR with her.

RELATED: What We Know So Far About Head in the Clouds Manila

Head In The Clouds won’t be possible without their other partner artists, whether they’re rising talents or big names in the K-pop world.

In our heads, Warren Hue will perform omomo punk and a track from his new album, BOY OF THE YEAR. If you’re looking for a specific song, we’re placing our bets on I$$EY. Plus, we hope Rich Brian brings him up for Getcho Mans. We also want to see the chaotic quintet of Atarashii Gakko! have the entirety of the field jump and dance to Pineapple Kryptonite and WOO! GO!.

If given the chance, Bibi will undoubtedly make Head In The Clouds Manila a weekend to remember. While her iconic hit The Weekend remains a setlist staple, we’re also manifesting that she sings older songs like BAD SAD AND MAD. On the other hand, we’re also hoping to see Eaj jam at the SM Festival Grounds. Sure, he’s only got Car Crash up on Spotify, but like in LA, he might just play his yet-to-be-released songs like Traveller and In My Civic. Finally, to close this part of the lineup, the Philippines definitely has more space for another queen to grace Head In The Clouds: Chungha. With bops like Stay Tonight, Snapping and Sparkling, she’ll be captivating everyone watching her.

Also, a live performance of These Nights with Rich Brian is long overdue. I’m just saying 👀

Alright, here’s the moment we’ve all been waiting for: it’s not a Manila stop if we don’t have some Filipino flavor taking over Head In The Clouds. So allow us to manifest the hell out of this part of the festival:

Let’s start with the humans of Paradise Rising and Wonder April 2021 cover star Ylona Garcia. After kicking the year off with the euphoric Entertain Me and coming out with the sweet and cheeky Vibin’, Ylona Garcia is on a roll. After spending some time abroad, homecoming is in order. And it’s best to do it on the Head In The Clouds Manila stage. The same goes for Guapdad 4000, who also graced Wonder’s cover last February 2021. Despite releasing 1176 with !llmind last year, best believe we’ll be vibing to Chicken Adobo like it’s brand new.

We’ve got a couple more artists on our Head In The Clouds dream lineup, such as rising singer Denise Julia. With the R&B star power brought about by NVMD, we want to see her rock the festival stage, too. After the songstress, we’re holding out on the chance that James Reid will drop by and perform Hello and Crazy for the crowd. Who knows, he might bring a couple of friends from Careless Music, too.

Lastly, we’re manifesting a big homecoming for No Rome. The London-based singer, who had his early beginnings in the local gig scene circa 2015, performed in LA’s Head In The Clouds last August. So it’s natural to have him over for the Manila stop to sing Pink, Saint Laurent and I Want You for everyone to see.

While we wait, get in the mood for Head In The Clouds with our playlist right here:

Did we miss any artists that sit high up on your HITC wishlists? Sound off in the comments below.