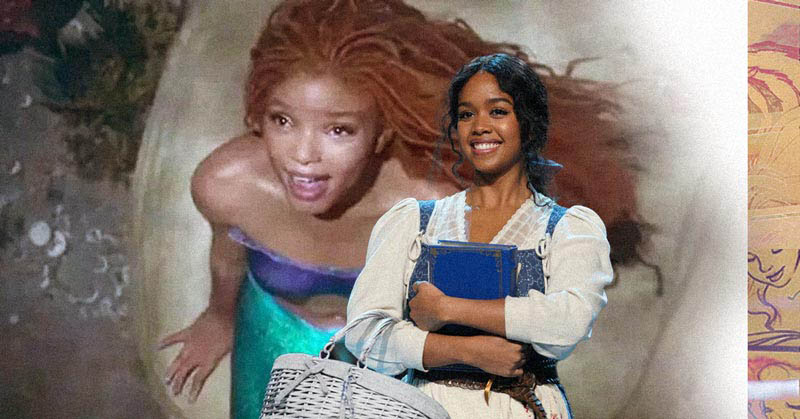 One tale as old as time is the fact that Disney music is everyone’s favorite. Let’s not forget about the artists who bring these melodies to life. From Lea Salonga to Jodi Benson, these iconic singers made Disney princesses and their songs a staple in anyone’s childhood. While the ’90s are known as Disney’s Golden Age of Film with the release of movies such as Beauty and the Beast, Mulan and The Little Mermaid, to name a few, it seems the magic from that time is coming back to the present.

RELATED: What To Watch On Disney+

Beauty and the Beast’s Belle

A new generation of Disney princesses is now a part of the magic, namely H.E.R. (Gabriella Sarmiento Wilson). The renowned Grammy and Oscar-winning singer stands as the new face of Belle in ABC (American Broadcasting Company)’s live-action/animated Beauty and the Beast special. Not only does this special occasion mark the 30th anniversary of the film, but the historic casting of H.E.R marks the first time an Afro-Filipina woman will play a Disney princess on screen.

In an interview with Entertainment Tonight, she shares details about her performance, including snippets about getting the role. “I’m so excited! I’ve been in the studio, playing with the arrangements, of course staying true to the original but giving it a new fresh twist,” marvels the 25-year-old musician. “It’s gonna be like H.E.R. but also Belle, you know? And I’m really excited.”

When it comes to embodying Belle differently compared to previous adaptations, H.E.R. shares, “I think the world has never seen a Black and Filipino Belle. There’s a strength in Belle that I think we forget about sometimes, and I think people are gonna see that, musically, and just in the way that she is.” It’s true about what H.E.R. is saying. Showing the world and kids that they can be a princess in their fairy tales is gratifying and powerful. Preach it, H.E.R!

Truly a dream come true for the American singer-songwriter, just take a look at how good she is at her role.

We love to see our Belle do what she loves!

But the magic doesn’t stop there. Another Disney princess will be the star next year, and Halle Bailey will do the honors by playing Ariel in The Little Mermaid on May 26, 2023. We can’t wait for this little mermaid to be a part of our world soon!

Set to release next year, the buzz has been going around about Halle’s vocals voicing everyone’s favorite mermaid. Jodi Benson chimed in to say a few words about Halle. (Quick Trivia: Jodi Benson is the original voice actress for Ariel in the 1989 Disney movie The Little Mermaid.) From a panel appearance, Benson praised the priority of the storytellers in getting the essence of the character right. “We need to be storytellers and no matter what we look like on the outside, no matter our race…our color of skin, our dialect, whether I’m tall or thin, whether I’m overweight or underweight or my hair is whatever color—we really need to tell the story,” she writes.

With two singer-songwriters playing treasured characters, this era of Disney bringing more diversity is significant—for both the storytellers and the audiences. By bringing in a wider range of actors, these classics can appear more inclusive for viewers to watch. This is equally important for actors to showcase skills and abilities while honoring who they truly are. Creating a broader world of stories can invite more voices to tell unique narratives and allow different people to tell us narratives through their lenses.

Beyond the entertainment industry, this diversity on screen can usher in awareness of how crucial it is to break the stereotype of a culture dominating certain perspectives in storytelling. Little by little, we’re reaching a stage where we don’t have to demand and wait for diversity to happen—and I’m glad it’s happening now.