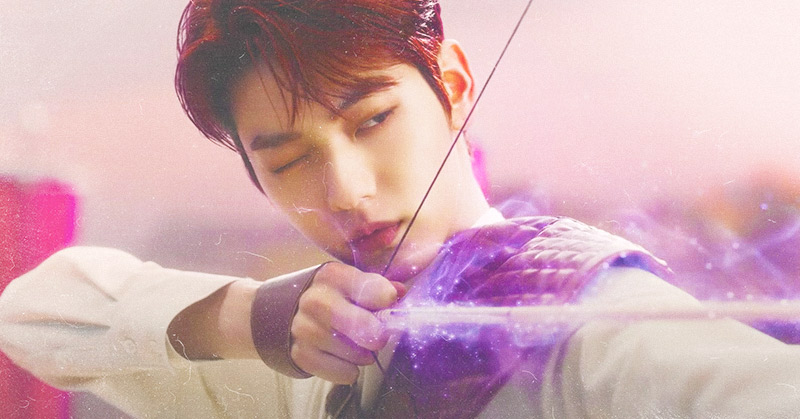 All You Need To Know About HYBE’s New Webtoons

HYBE and their groups are venturing into new territory

If there’s one thing HYBE Labels is uniquely good at, it’s developing lore around their artists’ concepts. Take BTS’s The Most Beautiful Moment In Life series. Multimedia storytelling—from music videos, additional trailers and books to digital comics—tells the tale of a boy who travels in time to undo mistakes and bring his best friends back together. Aptly called the Bangtan Universe, this story started in 2015 and ended well into early 2020 after sparking debate, pseudo-dissertations, fan art, and hours upon hours of theory building.

Major props to HYBE for seeing the potential of world-building through music videos and other art forms. They’re not bound by anything (a privilege, actually) and see the potential in building alternate realities. After seeing its soaring success with The Most Beautiful Moment In Life, HYBE casts the net to their other talents. The company shapes their stories better through webtoons, further venturing into new content. HYBE launched three original comics this month. All of whose characters are inspired by ENHYPEN, Tomorrow x Together and BTS.

Ahead, we recap the details about these new fantasy webtoons and some spoiler-free first impressions.

The summary: The story happens in a universe where vampires and werewolves roam the earth. As Sooha transfer academy, she tries to hide her superhuman capabilities. She doesn’t want to be called a vampire. Little does she know, she will soon find herself involved in supernatural beings.

First Impressions: The premise gives me major Twilight-meets-Vampire-Knight vibes, but clichés aren’t inherently unwelcome. Cheesiness aside, I’m excited to see how supernatural beings and Sooha’s origins come into play throughout the story. After all, no plain human suddenly manifests superhuman abilities. Could the academy know more than they let on?

Catch up on Dark Moon: The Blood Altar every Sunday on Naver Webtoon.

The Star Seekers with Tomorrow X Together

The summary: The Star Seekers happens in a world where idols use magic to wow their audience. However, some fail to take off if they don’t manifest any powers throughout their careers. Case in point: idol group Star One, who failed to stick the landing due to their literal lack of magic. But as a new enemy causes disasters and corners them at their weakest, these boys have no choice but to step up and save the day.

The connection: The fantasy-leaning lore found in TXT’s existing content, may it be music videos or additional trailers, follow the story of five boys battling an unknown force with their magical powers. They traverse universes and meet unexpected companions that often leave fans guessing about what’s coming next. Perhaps with The Star Seekers, we’ll understand the stories behind the magic and the unknown force they’re running away from.

First Impressions: The first chapter lays out all the facts about Star One. From maltreatment to unreachable standards, they already carry enough burdens. Adding the world’s fate in their hands seems a responsibility too huge to bear. But the teaser suggests a deeper history behind all the magic and the world of supernaturally-powered performers—a past begging to be unearthed in the succeeding chapters. Could there be any universe-traveling involved? Only time will tell.

Check out the new chapters of The Star Seekers every Monday on Naver Webtoon.

The summary: Set in the corrupt city of Sin-si, Zeha discovers that supernatural, tiger-like creatures called beom are wreaking havoc in the world of humans. Destiny brings him and six other boys together to become the chakho, a team of hunters dedicated to eliminating the chaos and keeping the peace.

The connection: 7Fates: Chakho introduces us to an entirely new narrative that uses elements from Korean folklore. From the beom to guardian deities, this story is different from the time travel of The Most Beautiful Moment In Life, yet is equally chaotic. All seven of these boys, regardless of origin, find their ways to each other for the greater good.

First Impressions: HYBE and BTS revisit the interconnectedness of their lives through different perspectives and new characters. While I am attached to the complexities of The Most Beautiful Moment in Life, 7Fates: Chakho brings a larger and more intricate world. From power struggles, forgotten pasts and inequality, this webtoon might pack enough social commentaries like BTS’s older material.

RELATED: Our Book Recommendations of 2021: Titles That Shaped the Year That Was

If you’re not into the digital comic side of these stories, read the web novel versions of Dark Moon, The Star Seekers and 7Fates: Chakho on Wattpad.