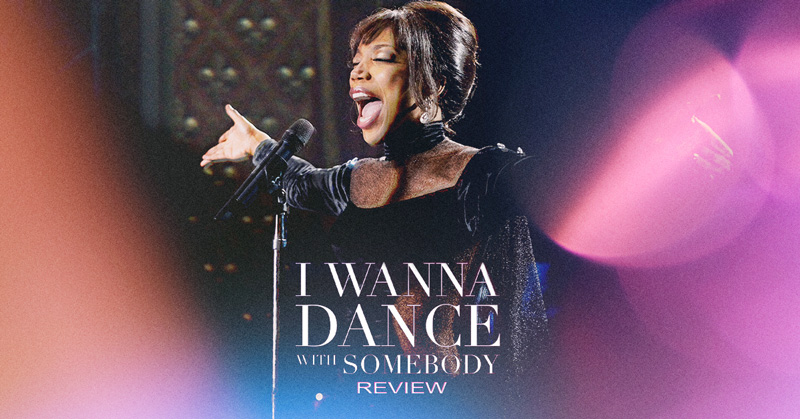 “Whitney Houston: I Wanna Dance With Somebody” Is Worthy Of Her Name

There’s been a slew of biopic movies featuring pop culture’s most prominent personalities in the last few years—Bohemian Rhapsody, Rocketman, Dream Girls—but it seems the world just can’t get enough. And with Whitney Houston: I Wanna Dance With Somebody, we have another that’s worthy of its inspiration.

Whitney Houston’s career took off just as the world started to mass produce tabloids that circled the world. In unique ways, every generation knows a version of her. The ones in the thick of it remember her music, her iconic stage performances and the one battle she just couldn’t win. Others only know her name and her songs, but don’t make the connection between the two. Some are only familiar with covers of more modern musicians; some call her mother. But I Wanna Dance With Somebody takes every version of Whitney Houston, and brings us to one worthwhile conclusion: she was The Voice of her generation.

This biopic—one of her a few—celebrates her. And I mean, really celebrates her, and does so in all the best ways. There were so many right decisions made in this film. Thank you, director Kasi Lemmons and screenwriter Anthony McCarten.

Let’s start with the cast. Playing the titular character is Naomi Ackie, who I couldn’t yet conjure a picture of in my head before this film. I dare say it was intentional, not just because of her talent, but because it makes it easier for audiences to view her as Whitney and not Naomi. This, along with her immense talent, made the film all the more interesting to watch. She embodied the icon, from her ticks to her movement. Ackie ties the story together, giving us all the highs and lows.

But beyond the cast, I Wanna Dance With Somebody takes a few more right turns: the choice of having Ackie lip sync, of only airing a few choice performances in their entirety, of demurely playing out the drugs and struggle with Whitney’s father and even her death. You get enough glimpses of the dark things to imagine the full picture, but the film doesn’t dwell on them for the sake of pulling at heartstrings and making a depressing film.

Unlike the likes of Blonde (yes, it’s necessary to single this one out), the film doesn’t degrade a memory of power, success and struggle—even when we know that the battle could not be won. They even make the choice not to show how Whitney died, not to highlight the headlines that surrounded her death. When the film came to a close, I released a breath I didn’t know I was holding, because I know the reality that followed that iconic performance of The Impossible Medley.

Whitney Houston: I Wanna Dance With Somebody is a film worthy of her name. It reminds us to celebrate her voice and success, and not degrade her memory to a few wrong choices.

Catch “Whitney Houston: I Wanna Dance With Somebody” in theaters starting January 8, 2023.