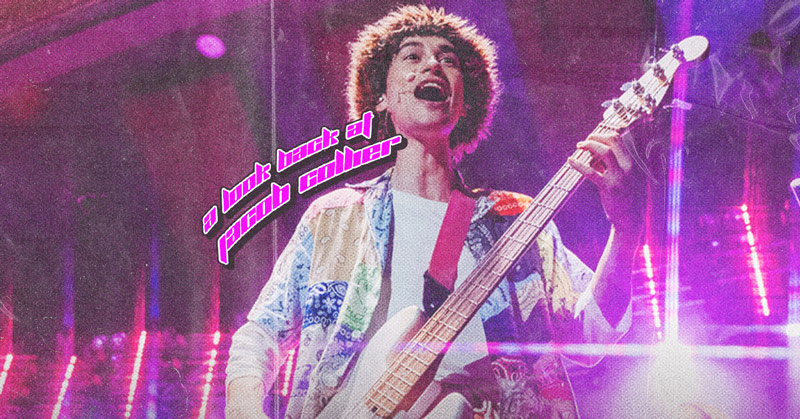 From the Screen to the Stage: A Look Back at Jacob Collier

We sum up Jacob Collier’s career in six solid songs

Before a single TikTok duet could change the course of a young musician’s life, there was YouTube. Acts like Halsey, Austin Mahone and a lot more got their beginnings from posting covers and original songs on the video platform. However, one of the more underrated but brilliant acts from that era manifests in Jacob Collier. The 27-year-old singer, songwriter and multi-instrumentalist caught the world’s attention because of his multilayered song covers of hits like Stevie Wonder’s Isn’t She Lovely.

Since getting discovered in the early 2010s, Jacob Collier has garnered a lot of achievements. The musical prodigy is on a roll with four full-length albums, credits in film and television, nine Grammy nominations, and five Grammy awards in less than a decade—the musical prodigy is on a roll. In addition, he held a masterclass at the University of Southern California’s Berklee College of Music. But at its core, Jacob Collier is a brilliant musician but an even better performer, managing to include even his eager audiences in the mix.

To promote his latest album, Djesse Vol. 3, Jacob Collier will make Filipino fans sing with him at The Filinvest Tent this November 23, 2022. So while we hype ourselves up for the upcoming show, we look back at Jacob Collier’s career milestones in six solid songs.

Don’t You Worry ‘Bout A Thing

Younger Jacob Collier has a penchant for reinventing things Stevie Wonder, so he employs a whole team of his best selves to lend a new soul to the song. The different clips featuring Collier playing a whole band’s worth of instruments and a whole choir’s harmonies make it a sight to behold. This video, among the rest of its batchmates, caught the attention of legend Quincy Jones.

In 2015, Jacob Collier released his debut album, In My Room. One of the biggest hits to come out of the record is Hideaway. But more than an amazing treat to the ears, Jacob Collier’s songs are best listened to when performed live. This performance of Hideaway with Metropole Orkest is much more marvelous than the original. With over a million views, treat yourself to the musical treat of Collier’s earlier work.

With The Love in My Heart

The singer-songwriter is known for involving his audiences in the performances, conducting a fully packed Opera House to sing the way he wants to. Witness it in full force with this performance of With The Love In My Heart live in Toronto, fresh from Djesse Vol. 1. Jacob Collier’s energy is so contagious and uncontained that you feel it pouring out of each note, hook and chorus.

Jacob Collier reimagines this Beatles classic with Dodie, whose light lilt lends an almost ethereal touch to the classic. And what’s a Jacobean cover without split screens of both singing, harmonizing and playing all instruments? The wistful spring shots, along with their warm energy, make the performance not only a sonic treat but a celebration of a new season. And honestly, who are we not to take part in that same joy? The cover lands on Djesse Vol 2.

All I Need ft. Mahalia and Ty Dolla Sign

As far as collaborations are concerned, Jacob Collier has many worth mentioning. But of course, we need to put a Grammy-nominated single on this list. All I Need, featuring Mahalia and Ty Dolla $ign, granted the singer his sixth nomination from the Recording Academy. And it’s an honor well deserved. In his O2 Academy show, he brings Mahalia to perform the song with an even better arrangement (if that’s possible). This is definitely one song we can’t wait to hear in the show!

Sleeping On My Dreams

Jacob Collier flexes his one-person show capabilities in this live performance of Sleeping On My Dreams for The Late Late Show With James Corden. Filmed and recorded live at the Abbey Road Studio 2 in London, this performance also offers a version different from the one in the official album. With fewer synths with a lot more instruments and energy, this version has a charm that has people replaying it repeatedly.

RELATED: This ‘Main Character’ Playlist Will Get You Pumped for School or Work

Got any favorites here? Let us know in the comments!

Regular tickets to Jacob Collier’s “DJesse World Tour 2022” in Manila are still up on tickelo.com.