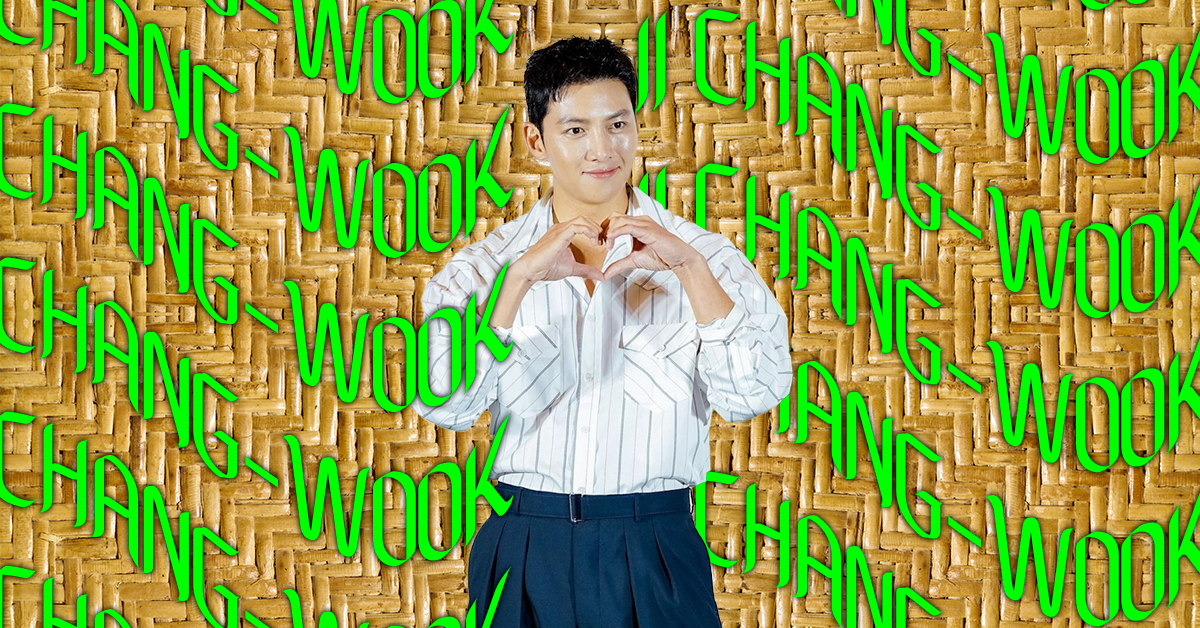 South Korean actor Ji Chang-wook had a successful fan meet over the weekend and dished some personal stories for his Filipino fans. Co-presented by local clothing brand Bench, the Philippine leg of his Reach You tour became a way to catch up with his fans after being isolated from them due to the pandemic.

He promised to share more personal stories and more details about some of the projects he’s been working on, and a few song numbers to delight the viewers. True enough, he delivered all of these during the actual fan meet held on November 6.

“It’s been a long time since I had a performance. We have quite a distance from you and me, right? So I would like to emphasize the meaning that I have reached you. I have come here up close to see you and to communicate with you,” he says.

RELATED: “My Wife’s Crush:” Seven Celebrities Who Had Their Major Stan Moments

Ahead of his fan meet, the Korean star met with the local members of the press and expressed his excitement for this trip.

“This is my first visit to the Philippines. I am enjoying my time here. I’m feeling very happy that I was welcomed by a lot of fans when I arrived,” says Chang-wook through an interpreter.

You may know him for his roles in Empress Ki, Healer, The K2, Suspicious Partner, Lovestruck in the City and The Sound of Magic, but in case you want to know more about him outside of his life as an actor, here are all the things we learned about him during his recent visit in the Philippines:

It’s technically his first visit to the country, but this isn’t his first time interacting with Filipinos. Two years ago, he was tapped by Bench as one of their newest ambassadors, which marked Chang-wook’s first time working with a Philippine company.

“When I was working for the brand, as a worker, they treated me like family, where I could work in a very comfortable environment, so I was able to work in a chill setting,” he shares. “As you can see in the campaign video, I was very happy and satisfied with the results because it’s coming out pretty nice.”

He loves Filipino food and hotspots

For his first visit to the country, Chang-wook was able to walk around the city and enjoy the cool weather. Even though Korea’s known for its mukbang-worthy dishes, the Korean actor says he loved Filipino food and wishes to visit other tourist attractions soon.

“I’d like to travel around Boracay area [because] they say it’s a very famous tourist spot here in the Philippines,” he shares. “I had a walk last night in the Greenbelt area, having coffee, just taking a walk in the city.”

He adds: “I visited one of the Bench stores and, in their cafeteria, I tried the halo-halo and sisig and liked it so much.”

Even though he has a mesmerizing voice, Ji Chang-wook doesn’t consider himself a professional singer and would choose to act instead. However, he’d never be able to pinpoint his best or favorite role since, according to him, “In all the series that I’ve worked for, I’ve put my love into it.”

Chang-wook still delighted the fans and made them gush when he performed Kissing You from the K-drama 7 First Kisses, To the Butterfly from Empress Ki and I’ll Protect You from Healer.

He loves hanging out with friends during his off time

When out of the limelight, Ji Chang-wook spends his time doing the things that he loves. Particularly, he makes sure to spend time with his loved ones, play with his friends and even pop up at his local convenience store.

“Usually, I hang out with my friends. In my personal time, we just listen to music while biking or having a walk and we actually do various things. Sometimes I also play golf with my friends and those are the activities that I enjoy,” says Chang-wook.

Since he’s been into working out lately, he also shares his usual purchases from Korean convenience stores: protein shakes and “a lot of jellies.”

Not leaving his fans wondering, he teases that they’ll see the results of his hard work and physical training in an upcoming drama that he’s currently working on. He says: “The drama that I’m filming will be aired next year in 2023, and I think you’ll be able to see [the results] there.”

He dreamt of being an architect

If he wasn’t a successful actor today, we might be seeing Ji Chang-wook in site fields or in an office. “When I was in high school, I wanted to major in architecture,” he shares.

However, life had different plans for him and he’s now invested in his craft. When preparing for a role, he tends to study it intensely and imbibe the needed persona for the drama.

He would love to explore new acting roles

There are tons of things that he can do, but Ji Chang-wook isn’t slowing down in the world of acting anytime soon. Although he’s already received several achievements and recognitions for his acting skills, he says he’d still love to try new things and roles.

RELATED: Hwang In Youp Is Happy To Be Back in the Philippines

After his successful fan meets in South Korea and the Philippines, he’s now headed to Japan and Indonesia for the rest of his Asian fan meet.