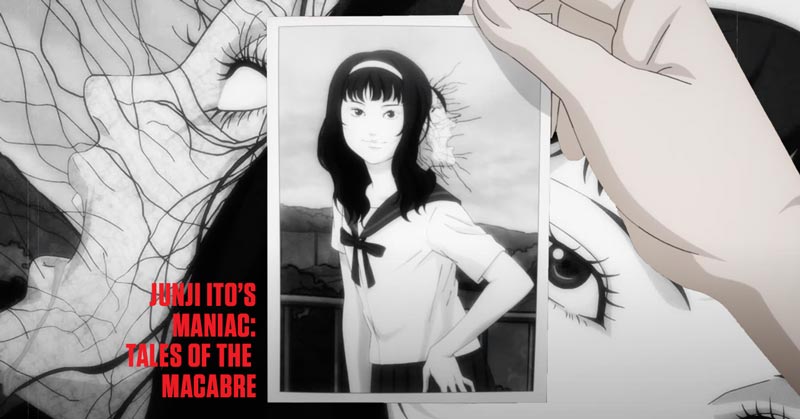 The Top 10 Stories From “Junji Ito Maniac: Japanese Tales of the Macabre”

We round up the tales worth catching

It’s been a couple of days since Netflix premiered its animated adaptation of Junji Ito Maniac: Japanese Tales of the Macabre. The 12-episode anthology takes 20 of his tales, giving everyone a glimpse of the sinister stories that the Master of Horror Manga has managed to write throughout his career. Studio Deen undertakes the task of animating the anthology, as the studio headed the adaptation of Junji Ito Collection in 2018.

Maniac might have done better than the first animated collection, but Studio Deen and Netflix still have a long way to go in fully translating the page-turning horrors by Ito. Sometimes the soundtracks bordered on slice-of-life that made the situation less eerie. Maybe it was a choice to make things creepier, but it ultimately lessened the blow his works were known for.

But instead of focusing on what they missed, we’ll give you a definitive list of the notable episodes that will definitely keep you up at night.

Animated in black-and-white for its entirety, Mold looks closest to his work and effectively translates Junji Ito’s knack for specific details. The short follows Akasaka, a man who leases his new home to the family of his old teacher, Mr. Rogi. Upon arriving at his humble abode, he finds the place infested with mold. Imagine an unbothered infant and child crawling around, all covered in bubbling fungus, or the growth fully enveloping the pristine estate. The narrative is by no means logical, but it still leaves an unsettling feeling by the end—a perfect introduction to Junji Ito’s unnerving style of horror.

Junji Ito’s The Bully might not be as ominous as the others, but it still tackles a pretty horrific topic that happens way too often. Naoya and Kuriko meet as children, with Naoya clinging onto the older girl despite her being his number one tormentor. Years later, the two reconnect and have a child of their own. When Naoya leaves Kuriko to raise their son alone, she realizes that the little boy is the spitting image of the object of her twisted actions. Kuriko then finds herself channeling all her resentment toward him.

The Story of The Mysterious Tunnel

The Story of The Mysterious Tunnel is another fruitful adaptation of Junji Ito’s strengths, where he effectively scares the reader despite following a simple storyline. The short follows Mari, who returns to the tunnel her mother disappeared in. Her older brother, Goro, ventures into the location to find her, and they both stumble upon the researchers of the Cosmic Ray Observatory.  As the scientists help the children look for their parents, they unearth a shocking discovery that eventually leads to their demise.

Long Hair in the Attic

Long Hair in the Attic stands as a personal favorite, as this short introduces one of Ito’s creepiest monsters: long, luscious hair with a life of its own. The tale follows Chiemi, whose long-time boyfriend breaks up with her despite the protagonist doing the most to make him happy. So she asks her sister, Eri, to chop her hair off in an attempt to move on. But before Eri could retrieve the scissors, Chiemi’s hair beheads its owner to keep itself alive. While Chiemi might’ve passed, her head full of hair enacts vengeance on her behalf.

Despite some stories from Junji Ito Maniac: Japanese Tales of the Macabre failing to stick the landing, The Sandman’s Lair succeeds. The author’s take on the dream invader concept entirely comes to life in this Netflix short, and the plot twist effectively shocks you until the end. Yuji, the protagonist, discovers that his dream self tries to escape into the real world when he falls asleep. The method? Turning his hollow body inside out. Yuji recruits his friend Mari to stop it from happening, but not everything goes according to plan.

Horror doesn’t always need to make sense. Sometimes all it needs to do is to offer an unforgettable scare. This fully comes to form in Headless Statues, another short by Junji Ito. It follows the story of Rumi and Shimada, two art club members supervised by their teacher, Mr. Okabe. The thing is, Okabe has a knack for creating headless sculptures—ones that have minds of their own and  end up taking lives. The plotline isn’t complex or complicated, but is bizarre enough to drive the horrors home.

It’s no secret that Junji Ito doesn’t shy away from the gross and grotesque, and out of the entire Maniac: Japanese Tales of the Macabre anthology, Layers of Terror plays that up to a tee. This short follows a family of a mother and her two daughters plagued by a unique curse. After getting into an accident, they discover that the youngest, Reimi, is made up of layers of faces instead of the usual bodily anatomy. One surface corresponds to a year of her existence. Their mother, obsessed with the younger version of Reimi, attempts to peel back the layers—quite literally—only to learn the truth the hard way.

RELATED: Reasons Why You Should Finally Catch Up on “Alice in Borderland 2”

This story takes up an entire episode, effectively exploring another horror of human existence through scenarios that bring out the best or worst in people. The short offers a layered exploration of the journey of moving on from loss and feeble attempts at covering up one’s wrongdoings. Tomb Town follows siblings Kaoru and Tsuyoshi, who accidentally run over a woman on their way to visit Izumi. It turns out that Izumi’s town has a curse, which is that people who die transform into gravestones, standing erect on the spots where they pass. After realizing that the siblings ran over Izumi’s sister, Ayumi, the siblings deal with how to wash the blood off their hands.

Next to Uzumaki, Hanging Balloons stands as one of Junji Ito’s most famous works. This non-linear story captures his talent for twisting regular occurrences onto their heads. Hanging Balloons follows Kazuko, a high school student grieving the death of her idol best friend, Terumi. As Kazuko, her peers and the rest of the public deal with the tragedy, they discover that blown-up heads with nooses hanging from their necks are out to murder humans with the corresponding face. Unnerving and utterly haunting, this adaptation makes it a fan favorite.

One of Junji Ito’s prolific characters, Tomie, gets introduced in Junji Ito Maniac: Japanese Tales of the Macabre through her more popular narratives. Tomie: Photo follows Tsukiko, a photographer who sells illicit photos of her male classmates to fangirls who are more than eager to pay up. Tomie, a disciplinary committee member, comes up with an elaborate plan to get Tsukiko suspended, which involves posing for a couple of photos. This leads to Tsukiko discovering Tomie’s true nature and ends up with more questions and horrifying experiences by the end of it.

Which of these tales are you most excited to catch? Sound off in the comments below!