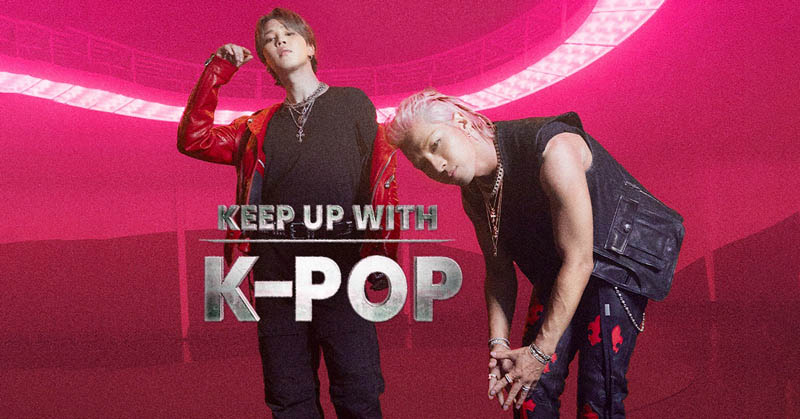 For the longest time, I avoided K-pop. I’d hear news related to it even if I didn’t intend to; this was enough to tell me just how busy of an industry it is. The music was…everywhere. Ironically, this is also why I realized it’s something I can’t (and no longer wanted to) escape. After finally giving in—and thank God I did—I’ve come to appreciate the strong work ethic of idols. Trying to keep up is the least we can do. That said, here are the latest K-pop releases this January.

“I want to change the idol industry” are the words that were uttered when Yunjin introduced herself as a member of LE SSERAFIM, a five-member girl group under HYBE and Source Music. As a former contestant in the reality competition Produce 48 and a past trainee of Pledis Entertainment, Yunjin has had her fair share of idol aspirations.

On the 9th of January, Yunjin released her second solo track I ≠ DOLL, which is, at its core, a middle finger to everyone who dehumanizes them.

Influenced by trap and rock, Yunjin fearlessly shares her sentiments in I ≠ DOLL with rasp and confidence in her voice. For her (and for other idols), people will always look for something to criticize. More often than not, criticism centers around their physical appearance, completely disregarding their talent.

Performed, written and produced by her, Yunjin proves that she truly is more than just a pretty face. Oh, she made the artwork for the song’s accompanying video, too. Starting the year strong, Yunjin personifies what she means when she said she’s not your “doll to fuck with.”

Big Bang’s Taeyang is set to make a solo comeback, in collaboration with BTS’ Jimin

After 16 years in YG Entertainment, Big Bang’s Taeyang decided to leave the agency and join The Black Label before 2022 ended. His first project? A groundbreaking collaboration with BTS’ Jimin.

There are  things that make this collab even more special. One, it’s Taeyang’s first solo music in six years. Two, it’s Jimin’s first official solo release since BTS announced their hiatus six months ago. Three, since his early debut days, Jimin had already been expressing his admiration for Taeyang’s artistry—and now they’re actually working together!

Coming from phenomenal groups, both Taeyang and Jimin will surely make you dance to VIBE, to be released on January 13.

GOT The Beat starts the year with a banger! On the 1st of January, GOT The Beat performed Stamp On It, the main track of their comeback record of the same name, before it hit shelves. The performance took place at SMTOWN LIVE 2023: SMCU PALACE @ KWANGYA, which is a special New Year online concert graced by all artists of SM Entertainment.

The seven-piece supergroup (soloist BoA, Girls’ Generation’s Taeyeon and Hyoyeon, Red Velvet’s Seulgi and Wendy and aespa’s Winter and Karina) is more than ready to show off their fierce charm with lyrics like “With loving eyes, that orbit of yours, I’ll break it down,” and “If you ain’t got a mind that strong, don’t even start this.” As their mini album comes out on January 16, GOT The Beat will continue to prove that they truly are the Girls On Top.