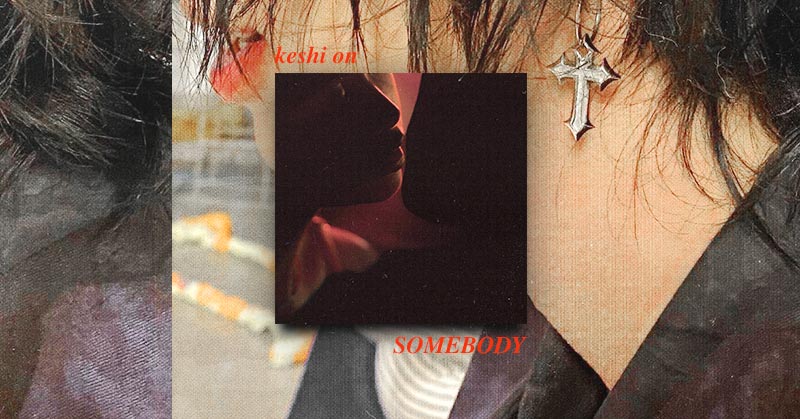 keshi Jump-Starts a New Era With SOMEBODY

The singer fills us in on SOMEBODY, his upcoming album and more

In the past years, the interest in lo-fi songs and playlists surged that it seemed like a daunting task to stand out. But for keshi, whose real name is Casey Luong, the boom of this genre helped his music gain traction. like i need u, a song from his 2018 project, The Reaper, is his most-streamed track on Spotify with a whopping 76 million listens and counting. keshi’s sound can only be described as distinct, a unique blend of lo-fi beats, pop elements and addictive textured harmonies. His sound complements his universal and resonant lyrics, which ultimately pushed keshi to become a ringing name in the mainstream.

So far in 2021, the alternative singer, songwriter and producer can only be described as booked and busy. Keshi took part in the Shang-Chi and The Legend of the Ten Rings soundtrack, opened for LANY for a couple of stops in their gg bb xx tour and rocked the 88 Stage on day two of the Head In The Clouds festival. In the middle of all that, he worked on his upcoming debut album. The world’s first taste comes in the form of his newest single, SOMEBODY.

RELATED: ‘Friends’ By BTS Will Be Included In Marvel’s ‘Eternals’ Soundtrack

SOMEBODY retains his signature layered harmonies, acoustic guitar chords and R&B beats. It’s a sensual beckoning, a tune of a lover laying it on thick as he sings about all the right things as they spend the night together. Through this latest single, keshi jump-starts the shift in theme and sound. If his early trilogy of skeletons, bandaids and always were a little darker and slower, expect some sonic experimentation for his upcoming album.

“I feel like the process of making music for this album was the same process when I was making music on Soundcloud. And I didn’t care so much about making a song that caters to a specific audience,” he shares in an exclusive press conference with Southeast Asian Media. Instead of following tried-and-tested formula, keshi sets to defy expectations and show a new side the world is yet to see. That makes SOMEBODY, and the record it’s part of, stand out from among his work. “I feel like along the way of having “keshi” grow more and more, I kind of lost sight of the point of music for me, which is to make music that is enjoyable at the end of the day. Not everything has to be in such a moody, broody sort of atmosphere. I’m more than that genre, and I am trying to prove that with this next record.”

The 27-year old Vietnamese-American artist has undoubtedly come far, as the journey to pursue music was not an easy path. Before becoming a full-time musician, keshi worked as a nurse in Houston, Texas. At the time, he believed that a creative career wasn’t in the cards for him. But he chased his dreams, maximized his spare time to create more tracks and develop his craft. A few years later, here he is with a couple of EPs under his belt, sold-out tours and a debut album well underway.

RELATED: What ‘Shang-Chi and the Legend of the Ten Rings’ Means for Asians Around the World

keshi acknowledges that his career is a result of a random combination of factors—luck included. As he talks about touring and hitting the Head In The Clouds’ 88 Stage, keshi comes from a place of humility. Facing the large crowd at the Rose Bowl is a dream come true, one that still puts him in awe. “It’s just mind-boggling to know that there are 25,000 people that are listening to me perform music that I made in my house, in my home studio,” he admits, and the it’s the same crowd that created a sea of lights for him as he sang drunk. “A sight to see,” as he puts it. The vision is straight out of his childhood dreams of being a musician. A full-circle moment, safe to say. This just goes to show that the universe sides with keshi and his passion for music.

While we wait for more details on his debut album, we’ll be putting his full discography on heavy rotation.