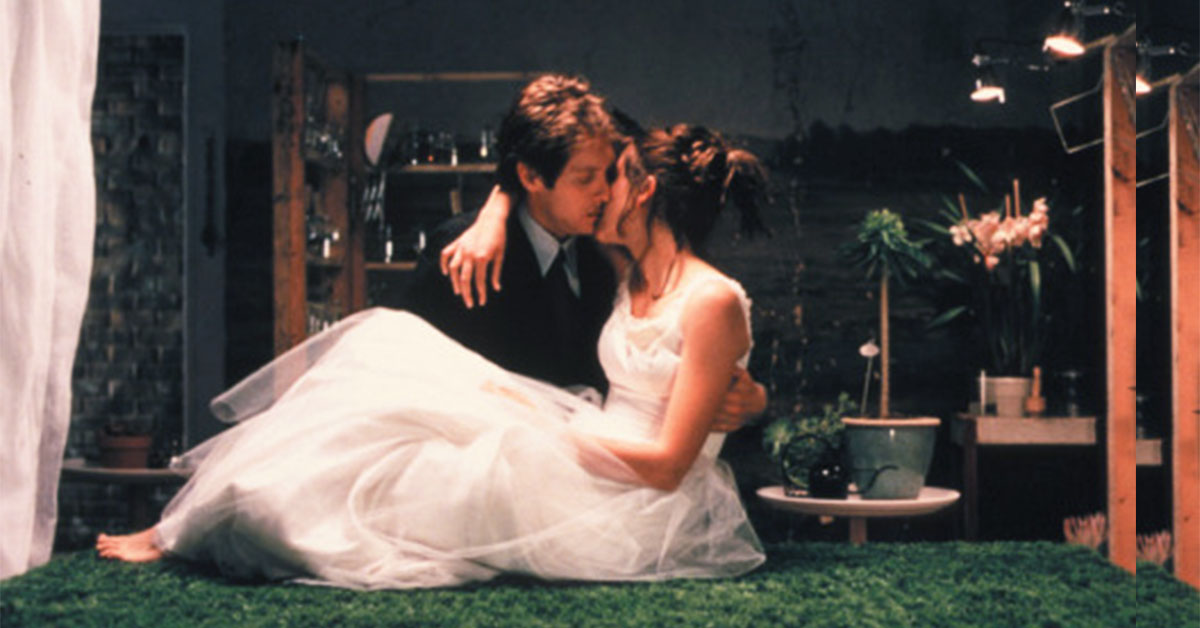 This month, Wonder’s all about letting your freak flag fly and you know there’s no way we were going to let October pass without touching on a few kinky movies. The world of entertainment, after all, is vast and virtually endless. There’s seemingly space for every genre, every language and every kink.

So, care to take a trip down film’s dirtier (and more publicly shamed) lane?

Despite being a young and beautiful woman, Séverine Serizy (Catherine Deneuve) is unable to be physically intimate with her husband, Pierre Serizy (Jean Sorel). While she fantasies about domination, sadomasochism and bondage, her husband accepts her real-life frigidity towards him. Soon the two meet another married couple, Renée and Henri Husson—the latter of who divulges that another friend, Henriette, works at a brothel.

Soon, Séverine finds herself in the brothel and servicing her first of many clients.

With the past of the war constantly chasing after him, former Nazi SS officer Maximilian Theo Aldorfer (Dirk Bogarde) and his former comrades are doing everything they can to cover their tainted pasts. Unfortunately for Max, an old flame and Holocaust survivor by the name of Lucia Atherton (Charlotte Rampling) could unravel all the atrocities that he had done.

The two meet by chance and their history unleashes itself in the form of flashbacks: Max posing as a doctor to take sensational photographs in concentration camps, the two of them locked in a sadomasochistic relationship and Lucia singing Wenn ich mir was wünschen dürfte (If I could make a wish) to a group of camp guards wearing key pieces of an SS uniform.

In 1930s Tokyo, Sada Abe (Eiko Matsuda) is a former prostitute that now works as a maid in a hotel. At one point, the hotel’s owner, Kichizo Ishida (Tatsuya Fuji) molests her, but instead of fighting back, Sada begins an affair with him. The two allow each other to perform sexual experiments and other various self-indulgences.

Soon after, the two are obsessed with the other and Sada finds herself completely aroused by strangling Kichizo.

What’s in store? A scene where Elliot is tied, touched and fondled by Mistress Lisa (Dana Dalany).

With his mother’s leg injury and his dad away on a sales trip, Raymond (Jeremy Davies) must ditch his medical internship to care for his mother at home. Emotionally and sexually confused, he finds himself distracted by the girl next door, Toni Peck (Carla Gallo).

Soon enough, however, Raymond finds that his mother starts to depend on him for other kinds of needs—needs that fuel disturbing and unwanted yearnings of his own.

After some time, Bill meets Nick at a jazz club, where the latter shares his next engagement, where Bill needs a password, a costume and a mask to enter. When he arrives at the mansion, Bill sees a sexual ritual is taking place.

In upscale New York, Sebastian (Ryan Philippe) is fixated on having sex with his step-sister, Kathryn Merteuil (Sarah Michelle Gellar). In an effort to raise the stakes, Kathryn initiates a bet: If Sebastian is able to seduce and bed the “paradigm of chastity and virtue,” Annette Hargrove (Reese Witherspoon), Kathryn will sleep with him; otherwise, he must give her his Jaguar XK140.

What follows is a story of seduction, betrayal, manipulation, sex and—oddly—love.

After being hospitalized from a dangerous bout of self-harm, Lee Halloway (Maggie Gyllenhaal) makes her way back into normal society where she applies for a job as secretary to lawyer E. Edward Grey (James Spader). While warned by Grey that she is overqualified for the job, Halloway takes it anyway.

After a series of incidents, we see just how Halloway’s obedience turns Grey on and how Halloway likewise feeds off Grey’s instructions—whether sexual or not.

Suffering from hysteria, Sabina Spielrein (Kiera Knightly) begins treatment in a pre-eminent psychiatric hospital in Zurich, under doctor Carl Jung (Michael Fassbender). During her stint at the hospital, scenes of her overly enjoying her defection are shown—as are her open advances on Carl.

Despite his loyalties to his wife and children, Carl finds himself in an affair with Sabina, which involves bondage and spanking.

Definitely not to be mistaken with Disney’s princess movie of the same name, Sleeping Beauty follows the life of Lucy (Emily Browning), a university student who takes odd jobs to pay rent and her tuition. On one of her quests for a pay slip, Lucy chances upon an ad with Clara, who runs a service that combines lingerie modelling and catering—of which Lucy gets promoted after the second job.

Clara offers her a position in which Lucy would voluntarily take a sedative and lie unconscious in bed with a client. These men are allowed to cradle and caress her, but any form of penetration is prohibited.

There might not be space in the real world for every kink—because, you know, some things are (understandably) illegal—but at least there’s (usually) a fictional avenue to see and explore. And as long as you’re not harming someone or forcing them against their will, we’ll stay a #JudgmentFreezone.

Made of sarcasm and expletives. Did three years for an economics degree, rewarded myself with three years in the insurance biz. Entered this world as a freelance writer for entertainment and news, now making a living on movies, intimate interviews and the hush-hush of relationships.
Subscribe
5 Comments
Oldest
Newest Most Voted
Inline Feedbacks
View all comments