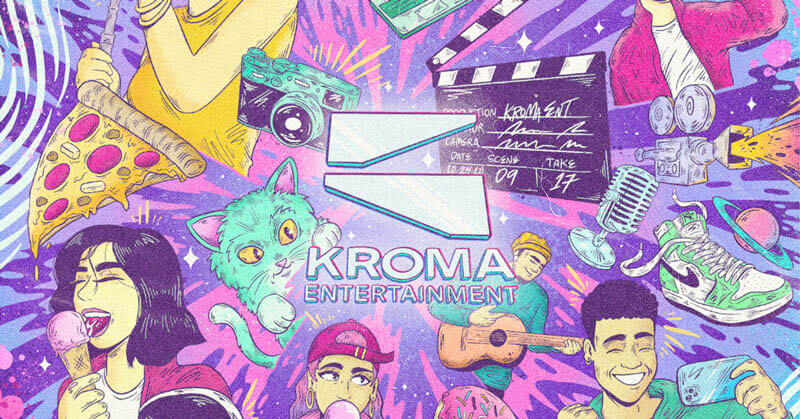 Since its official launch six months ago, KROMA Entertainment has revolutionized the Philippine entertainment industry. The TraDigital entertainment company has expanded to a one-of-a-kind experience for its audiences and partners. But, of course, the accomplishments wouldn’t be possible without the help of the company’s brands: ANIMA, Kroma PubCo, LiveMNL, NYMA, PIE, Paradise Rising and Secret Menu.

Coming right at you exclusively from Wonder, we bring you the gist of all the exciting things KROMA reached and has in store for the scene:

ANIMA, the trailblazing film studio of KROMA Entertainment, has brought the Philippine art form to the global stage through the critically acclaimed series On the Job: The Missing 8, with nominations for Best TV Movie or Miniseries in the International Emmy Awards and is the Philippines’ official entry to the upcoming Oscars. Let’s not forget the very much-deserved win of John Arcilla, who took home the Volpi Cup Best Actor prize at the prestigious Venice Film Festival in 2021. ANIMA’s impressive film portfolio has garnered more global recognition. Their recent films, Leonor Will Never Die and Kun Maupay Man It Panahon, have both been awarded jury prizes from this year’s Sundance and Locarno Film Festivals, respectively.

On the other hand, PARADISE RISING has been successfully representing Filipino creativity internationally, especially in its partnership with 88rising. From Ylona Garcia and Valorant to semilucent 3, Filipino talent continues to go on an international scale. Meanwhile, all music festival lovers get a treat from LiveMNL. KROMA’s full-service events and activations agency is bringing America’s biggest Pan Asian music festival, Head in the Clouds, to Manila on December 9 and 10.

In its third installment this year, Paradise Rising’s semilucent compilations have included over 20 artists across 19 tracks and counting. Since its official release during Filipino American History Month in October, semilucent 3 has celebrated quality music by bringing Filipinos to the forefront of the youth culture.

NYMA, KROMA’s Talent and Influencer Management agency, has been busy signing on over 40 creators and talents.

And, from yours truly, Kroma PubCo continues to grow its network with partners—in case you haven’t seen them yet. We’ve covered a lot of bases with Unprude, a sexual wellness brand and e-commerce platform, food content creator Lunchboxer PH, professional esports team TNC Pro MNL and the gaming news platform and community, PinoyGamer.

In 2023, ANIMA is off to a good start by launching Nego King Philippines, a local adaptation of the popular Korean series. Sam YG will be coming in as the host as he’ll show off his negotiating skills to settle deals with popular brands.

Besides a new show in the mix, the film studio plans to release three upcoming films. First, in the romance department, we’ve got Reset U/I starring Enchong Dee and Alexa Ilacad, as well as Missed Connections with Miles Ocampo, Kelvin Miranda, Chie Filomeno and JC Santos in the lead. Lastly, the dark comedy and romance thriller MARUPOK AF featuring EJ Jallorina, Royce Cabera and Maris Racal will drop next year.

On the publishing side of things, Kroma PubCo will also launch Complex Philippines in 2023—an affair sooner than you might think. With Complex being one of the most popular media brands for youth culture in the US, many people can look forward to content and experiences related to music, sports, and sneaker culture—all with a distinct Filipino flavor.

Looking at KROMA’s growth in its first six months, it shows that we can expect more from the company and its brands. There is no stopping KROMA Entertainment from revolutionizing the industry. In fact, we’re just getting started.