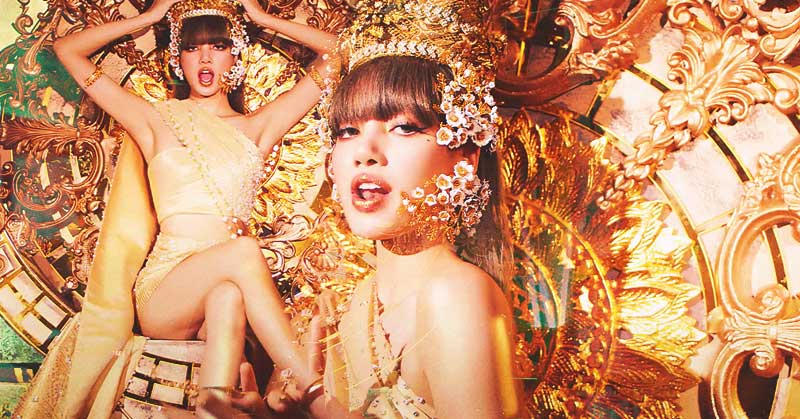 BLACKPINK is known to make waves wherever they go, either as a unit or individually as Jisoo, Jennie, Rosé or Lisa. This year, they took the time to explore other activities independently, and the third member to fly solo with her music is Lisa. It’s another project that’s been a long time coming, one that BLINKs have been anticipating since the news broke late last year.

Full disclosure, Lisa has always been a looker whenever and wherever she appears. Just look at her performance of Jason Derulo’s Swalla. It’s a stage that still has a grip on a lot of BLACKPINK fans and followers alike. Need more evidence? Let me point you to her YouTube channel.

Lisa, whose full name is Lalisa Manoban, released an eponymous EP with a lead single of the same title and a B-side called Money. She received mixed and polarizing reactions as both songs played on the safe side of BLACKPINK’s musical formula, but it was carried by Lisa alone this time around. She steadily shifted between her signature rap flows into her hypnotizing vocals against electronic trap beats and a bass drop we’ve learned to like the more we listened to the songs.

Nonetheless, the group’s youngest member still managed to make her solo debut an entirely different experience. LALISA is a song that’s hers and hers alone, in so much that anyone who tries to pull it off will not stick the landing. Star power is a resource Lisa has in abundance, and she brought it out and wielded it proudly for her first solo music video. Nailing snappy and clean dance moves with a presence that permeates through the screen is a skill that’s hard to master, but it just flows naturally for Lisa.

Ahead are the stunning scenes from her music video LALISA, cuts that made the case for a smashing debut.

A speeding moment to stardom

Is there a concept she can’t do? Lisa fully embodied her Akira or Tron: Legacy moments as she sped through tunnels and roads on a bike. Admittedly, it’s a simple concept we’ve seen in both K-pop and western music videos already. But a it’s a scene she ate up nonetheless.

A few seconds down the line, Lisa bulldozed through two doors with masked “po-Lisa” officers surrounding her as she rapped in her signature flow. But since you’re too busy watching her, “po-Lisa” is a cheeky pun noticeable only by the second watch.

A shiny, new side to Lisa

Lisa smoothly switched from enthralling detective-slash-genius to captivating performer on the pole. She’s nothing short of mesmerizing as she dons a sparkly piece—one that we learn is by Jean Paul Gaultier—and descends down the pole. If I were to put a scene on loop, it might just be this one.

Paying homage to her heritage

Lisa waved the flag of Thailand proudly, adding a sequence that was a love letter from her homeland. Then, she surprises everyone as she appears on an opulent golden throne while wearing a Thai headdress. It’s called Rad Klao Yod, a particular headpiece worn in their traditional dances. Plus, her looks and accessories featured the works of three different Thai designers: HOOK’s by Prapakas created her headdress, Asava designed her traditional golden set, and Sarran made her Cape Jasmine flower necklace.

Going back to the future

LALISA’s ending scene features her dancing in a lit-up room in all white—sans her bedazzled, silver top—which gives us major whiplash of 2000s futuristic concepts. Think Britney Spears’ Oops… I Did It Again or Aaliyah’s One In A Million. Maybe that’s just me, but it’s refreshing to see Lisa rocking jet black and pin-straight hair as a contrast to the brightness of her outfit and the entire room. Lisa really made you look in this music video.

RELATED: Schooled on Style: Breaking Down The Best Of K-Pop School Concepts

If there’s one thing to pick up at the end, it’s this: it’s high time for us to rewatch LALISA in all her glory. You’re welcome.

Listen to LALISA on all streaming platforms.