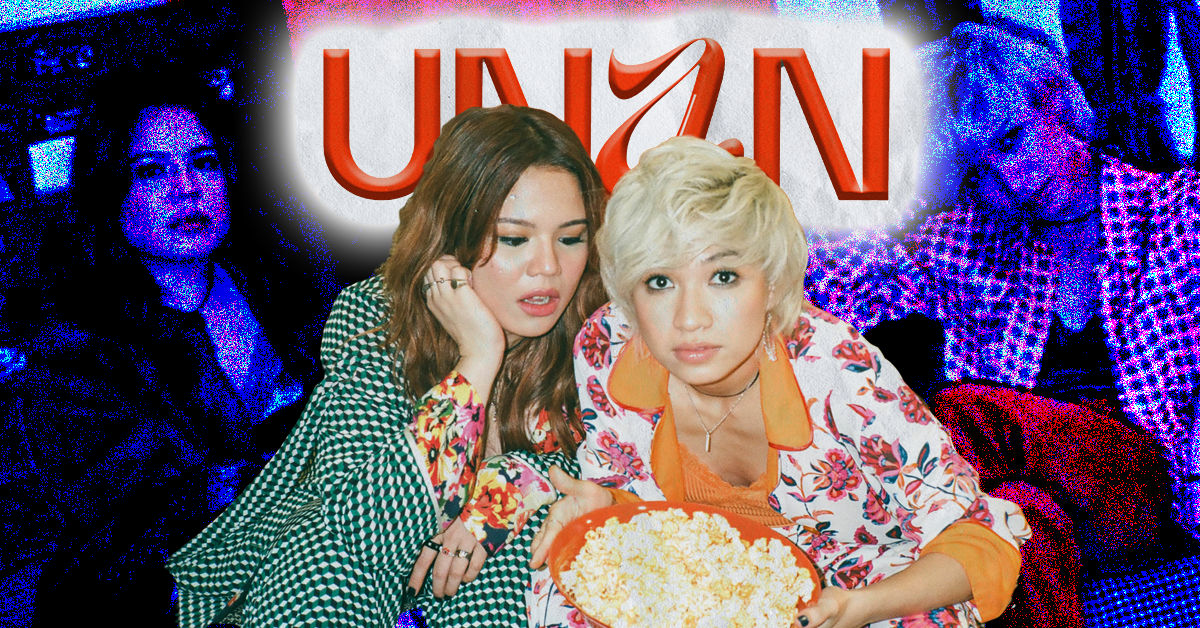 If you have Mariya Takeuchi’s Plastic Love on repeat; make sure to add Leanne & Naara’s newest single, Unan, to your music queue. After listening to the track, I can confirm your ears will be blessed after listening to their first-ever Tagalog song.

The song kicks off in a playful tempo, yet its lyrics emphasize the fluttery feeling of wanting to be with that special someone instead of being surrounded by pillows. The incorporation of smooth synths that bring out the vocal melodies of the track is an especially nice touch from the duo. In the music video, the vibe is comfortable and intimate. Dressed in simple-but-chic pajamas, the singers set the tone perfectly for the song. Behind a backdrop of vintage furniture, along with soft yellow lighting, the artists mix modern and retro in the best way possible. Much like in a sleepover with friends, Leanne & Naara let loose and have a fun time in the official video.

RELATED: Jason Dhakal Kicks Off A New Chapter With “can’t get enough”

More than the city pop vibe, L&N exhibits years of musical experience from their recent release. Last October 21, the song made its official debut with an exclusive media launch, wherein we sat down and talked with the duo. In an interview with Wonder, they share that experimenting with new instruments is key to getting the sound they want. “If we follow the common technique of starting the song off with a guitar, a lot of people will know it will be a solo,” they explain. “Since it would sound too common, the synth was a nice change for us.”

Besides branching out to new things, Leanne & Naara are more particular about the type of music they want to create. Nonetheless, they were able to adapt to writing a song in Tagalog—a sign of their experience in the industry. The two still stick by the same routine of coming up with the title by thinking about a specific thing or feeling. “Even in previous songs, we always come up with the title first,” they divulge. The winner of this single was the title Unan. Soon enough, a pre-chorus was written and the rest was history.

Speaking of the musical duo’s history, everyone knows Leanne & Naara best by their soulful voices. Rising to fame for their easy-listening sound and smooth vocal blending, they have accomplished many milestones, such as the tracks New York and Back and Run Run in 2017. After many collaborations and securing spots on radio stations later, they have earned their place in the music industry, proving their longevity and versatility.

RELATED: I Belong to the Zoo Drops New Take On 80S Hit “Hands to Heaven”

Diving into the sonic side of things, they discovered the genre through a Spotify playlist. “When making the song, we didn’t have city pop in mind,” they recount. “We never heard of the genre before, so it was fun creating city pop with our sound.” The adventure of writing for a genre unfamiliar to them happened through experimentation—a positive outcome from exiting their comfort zone. “So, when we got an idea of how to execute it, we went into the recording studio and played around with chords, solos, synths and drums.” But honestly, I believe fate did its magic for Leanne & Naara’s new single. Like other songs of the genre, the song has conversational lyrics along with an easy tune to sing.

The artists’ journey with Spotify and Unan has come full circle since the song is now on the platform’s Equal Philippines playlist. This is a local playlist that leverages women’s music across different genres and musicians. Give our duo a listen and many other women artists, too!

Unan is now on Spotify’s Equal playlist! This is your sign to support more women artists!! ✨✨✨

RELATED: This ‘Main Character’ Playlist Will Get You Pumped for School or Work

In the duo’s discography, Leanne & Naara continue to provide its listeners with unique sounds, but like other upcoming musicians in the industry, they are comfortable showing more of their artistry by trying out new things. In a modern landscape so different from the ’80s, the singers bring listeners to a space wherein they bridge both the past and the present in this jam. A certified tune you can play on a late road trip or jamming out in your bedroom alone; Unan can and will satisfy your city pop cravings.