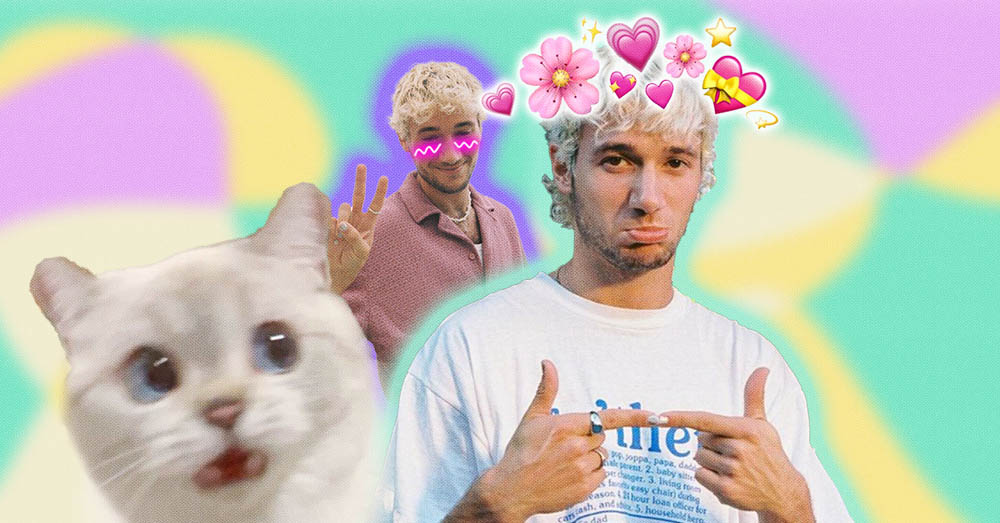 The Five Times We Fell in Love with Jeremy Zucker

Is this our y/n moment?

First, there was love. Second, there was Jeremy Zucker making us feel different kinds of love. The air shifted, the world stopped, and the sea of people moved in slow motion as we realized that we fell in love with the boy—just like his music described.

Last October 8, 2022, American singer-songwriter Jeremy Zucker serenaded Manila for his MORE NOISE!!!! tour at the New Frontier Theater. While it was his second time coming to the Philippines, the tour marked his first headline show in the country (with two full-length albums in tow, too). It was made even more special with local heartthrob Zack Tabudlo as his opening act.

How could we not be captivated by our concert experience? Now, there’s one thing that we need to do: we “comethru” with a list of five times (multiplied by a hundred, if possible) our hearts skipped a beat because of Jeremy Zucker.

Oh, he was good to us with the opening song! All the hopeless romantics had heart eyes by the time Jeremy started off the night with this bittersweet anthem. He instantly got us feeling our feelings, and set the mood for the next hour.

Talk about interaction goals! There was no hesitation to capture the moment between him and his supporters. The singer-songwriter did this concert ritual by pointing the camera to us before posing for a selfie we might never forget about.

*Hands over chest* The honor is ours, Jeremy.

While Jeremy had us at “Can you come through?” he lost us at “I don’t need a hand to hold.” These were just some of the lyrics that gave us a glimpse on the ups and downs of falling in (and out) of love. Phew, it was one emotional rollercoaster.

We adored the songs so much, it made us want to press repeat already. Maybe our feels for “Internet Crush“ are still ours to keep for now, but we can’t hide how “Cindy” had kept our hopes up in love. In the song, Jeremy expressed the perspective of a lonely boy asking for a chance to treat her right.

We could only wish we were Cindy.

After the concert, we were shot by Cupid at the thought: this must’ve been the meet-cute they talk about in the books. We laughed, cried and got our hearts stolen all in one night. Also, look at the cutest emoticon he used when talking about Manila…

Special thanks to Karpos Multimedia.