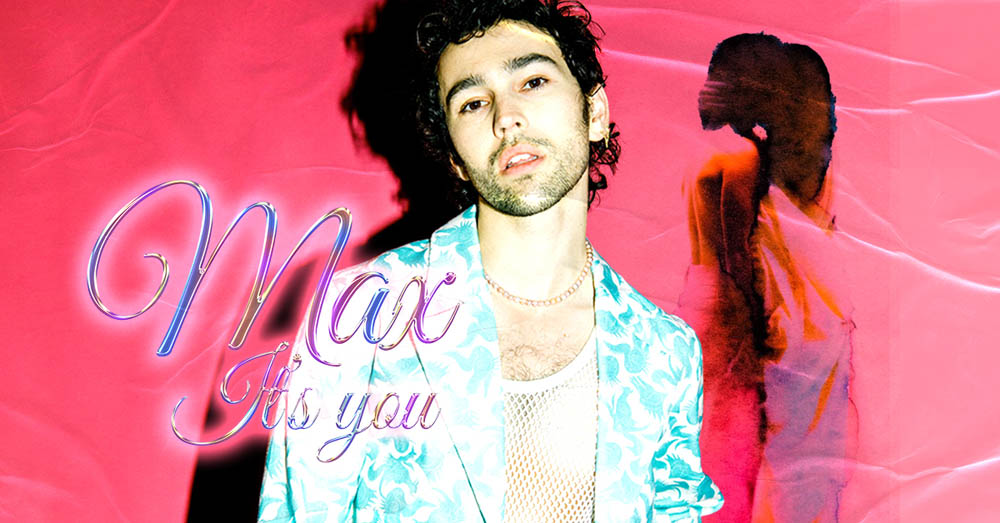 MAX and keshi Collaborate on “IT’S YOU,” a Song To Fall in Love To

If love—the slow, patient and persistent kind—could be bottled up into a song, IT’S YOU would emerge. Created by American singer-songwriter Max Schneider AKA MAX (Blueberry Eyes, Butterflies), in collaboration with keshi, the sickly-sweet single is the perfect song to fall in love to. The breakthrough pop star, who has worked with the likes of SUGA of BTS, continues to amass billions of streams with his swoon-worthy, heart-on-sleeve singles “made for cuddling in bed on a lazy Sunday.” (Now if we had a cuddle buddy.)

IT’S YOU highlights the familiar yet quiet moments of a love affair when you “[want] to hold onto a feeling forever.” Created for the love of their lives, MAX and keshi both explored instances that “feel warm and close in a relationship.”

Get to know more about the effortless back-and-forth between the two creatives and MAX’s authentic take on love through this unfiltered Wonder exclusive.

RELATED: keshi Jump-Starts a New Era With SOMEBODY

Wonder: How did the collaboration with keshi come about? On an Instagram post, he mentions how it’s very rare to have such an effortless back-and-forth with a creative. What made the partnership work so seamlessly between you two?

MAX: It really was exactly that—it was rare; it was so effortless. We met on the internet, and he came to my studio, and we just really bonded over our mutual relationships and where we were at in our [lives]. It was so natural. The universe kind of put us together, and this song came about in that first meeting.

And then my friend Cody Dear, who’s also Filipino, added some sprinkles, some flute and some horn—and the song is what you hear now.

W: So, who actually slid into whose DMs?

M: I started the slide! I slid into his [inbox], and I said that I loved his music, which I do and I have, and I was lucky enough that he felt the same way. And then we met up when he came to LA…It was just the perfect timing, the perfect moment: I was working on this album, and he was in between his albums.

Some things are just meant for those moments—it [happens] for a reason.

W: You wrote IT’S YOU for the love of your life. Was she also part of the process of creating the song? And how did she react to the finished product?

M: I write so many love songs for her. [Throughout] my whole career, [I’ve created] so many love songs: Lights Down Low, Butterflies, Blueberry Eyes. She always loves the love songs! It’s funny ’cause she’s used to me writing so many, but this is one of her favorites ’cause she could tell when it’s one of the better ones.

I think she could also feel my bond with keshi through the song, and I think that made her really happy—not only to see that it was dedicated to her, but that it came from a place of so much love and organic friendship.

W: Relationship question: IT’S YOU talks about that feeling you want to bottle up—that comfort and familiarity of knowing a person. When times get tough in a relationship, is it enough to hold on to? Does it make the bad moments worth working on together?

M: It definitely makes the bad moments worth working on together. I say that to Emily all the time…the relationship can always be hard or easy, depending on where you’re at, but as long as the loving part comes naturally, then the rest you fight to work on with each other—and I always want to work on it with her.

We’ve been together for seven years now. When we go through the peaks and valleys, it’s been beautiful to just work through those dark times, because they make us a stronger couple. And I keep writing songs like this about her so [we’re] still going strong.

W: And now you have a little person to dedicate songs to, what’s that like?

M: Aw, it’s so cute! And she loves this one. Anytime she hears [IT’S YOU], she sings it. She has a little guitar herself. Earlier before I started doing all these interviews, she was walking [around] our house with a guitar and singing the song.

It’s just so surreal because she’s not even two yet so she can’t really say words, so she only sings melodies and stuff. I just love that it’s something that’s coming naturally to her.

W: Of course, I just have to ask this. You’re a frequent collaborator to BTS (and I hear Blueberry Eyes at least 10 times a day because of my ARMY mom), what do you love most about working with the group?

M: I love, not only the group, but their team. They’re just such kind, talented and humble people, and that’s really why I’ve been such a fan [of BTS] and been so grateful to work with them for so long. I think they bring new light to the music industry. You can be a good, kind person and be the coolest, biggest thing in the world… I feel really grateful that I get to be a small part of their story through my collaborations with them.

W: Sky’s the limit, who are the collaborators you’d want to work with in the future?

M: Dolly Parton’s on the top of my list. This is a story I’ve told a few times, but I sent her my song Butterflies that came out last year, and I asked if she would sing on it. I just [tried shooting] my shot, and she ended up writing me a letter back…and I have it in my house. She was complimenting my voice and the song, saying “Let’s do something at some point.” That’s still in my manifestations!

And then Stevie Wonder is on the list. Between those two, I’m pretty set.

RELATED: PARADISE RISING’s “semilucent 3” Is a Hypnotizing Foray Into the Alt-R&B Scene

Fueled by authenticity, MAX’s ascent to pop stardom has just begun. We can’t wait to see what he’s doing next.