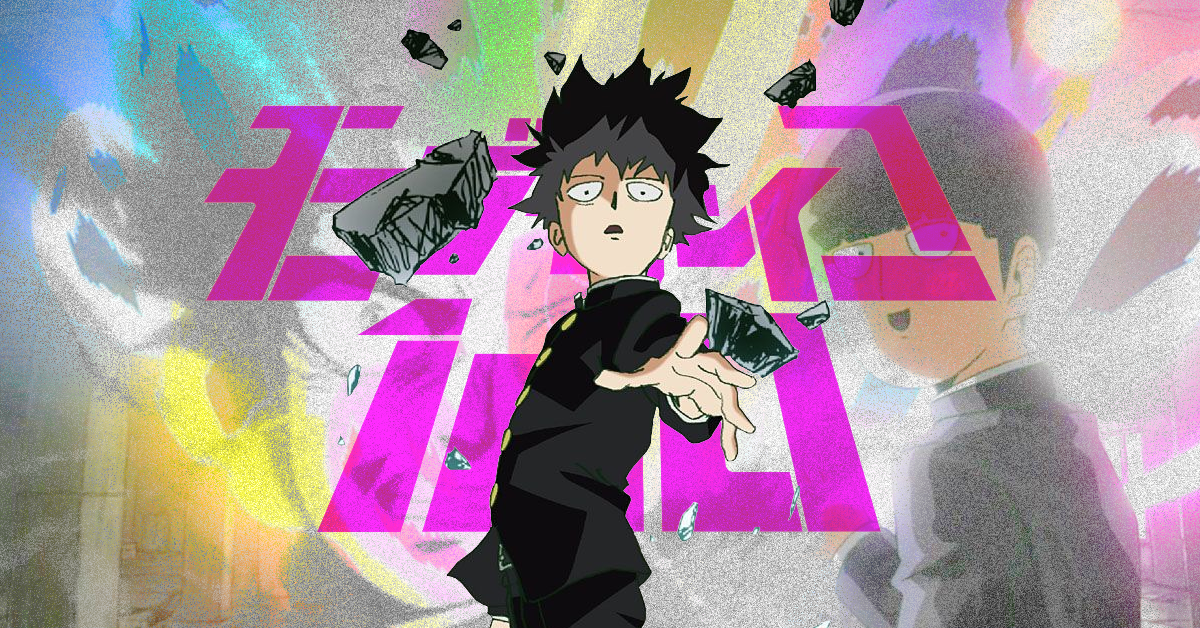 If You’re Not Watching “Mob Psycho 100,” You’re Missing Out

This article contains spoilers for seasons 1 and 2.

Mob Psycho 100 is about a boy named Kageyama, nicknamed Mob, an esper who wields incredible psychic power. Though Mob’s abilities border on god-like, he’s sweet-hearted, timid and pacifistic, choosing instead to concern himself with more problems like forming lasting friendships and getting in shape—y’know, the things that make us human.

Mob Psycho 100 is also probably one of the greatest anime of our time, if not the greatest.

It’s hailed as a modern classic, a simultaneous ode to and subversion of the shōnen genre. The manga’s author, who goes by the pseudonym of One, is perhaps most known for his other work, One Punch Man. Maybe some of you have seen that but haven’t gotten on the Mob Psycho train. In that case, you owe it to yourself to watch a show that’s—hot take—arguably better. Season three is currently watchable on Netflix and, as of the time of writing this, one episode left until the season finale.

RELATED: Nice Kill!: Hold On to Your Seats, These Anime Titles Are About to Hit Our Screens

One could go on about Mob Psycho’s incredible art animation, and its tendency to employ innovative techniques such as painting on glass and even animating with sand—shout-outs to Miya Sato, whose work has been nominated in multiple overseas art competitions! But let’s take a closer look at some of the other names involved. Chief Animation Director Yoshimichi Kameda has also done key work on beautifully animated projects, such as My Hero Academia: Heroes Rising and Fullmetal Alchemist: Brotherhood. Issei Aragaki and Miyaso have both done animation work for My Dress-Up Darling, a slice-of-life anime that came out earlier this year. Yuta Kiso is a heavily decorated animator with a lot of experience under his belt, having done work on shows like Spy x Family, Little Witch Academia and Demon Slayer: Kimetsu no Yaiba – The Movie: Mugen Train.

Yeesh! Season three shows top industry animators at the height of their powers, is what we’re saying. See it to believe it!

MP100 has this tendency to put gigantic, climactic fights that have the quality of a finale but happen to be placed in the middle of the season. Take, for example, Mob vs. Hanazawa in season one, a battle that would earn us one of the most charming allies of the show. And who could forget when Mob went toe-to-toe with evil spirit Keiji Mogami inside an illusory mental hellscape? Season three’s got a battle like that, but this one’s a little more heartbreaking. Steel yourself.

I’ve described MP100 to a friend as a “high EQ” show. There’s something so nuanced about the writing, and the way One approaches human relationships and the formation of lasting, meaningful bonds. Over the past couple of seasons, Mob has made many friends by showing compassion and understanding to powerful beings who otherwise sought to antagonize him, from Dimple Hanazawa to former top members of Claw. In season three, we get to kind of see those characters come back to return those little kindnesses in their own way, and basically pay it forward. These moments lead to both big victories and big losses. This show is very good at making you feel human.

We have reason to believe that this is the last we’ll see of Mob, at least for a good long while. To our knowledge, there have been no announcements stating that the series will be renewed for season four. There is something comfort to be had, knowing that a show without a single bad episode can be neatly and cleanly wrapped up, with a definite beginning and end. That’s hard to come by.

Binge-watch all seasons of “Mob Psycho 100” on Netflix.